Some secrets are hidden in full view of everyone. That is the case of the building in Travessa do Patrocínio, with its distinctly modern lines, which immediately draw one’s eye, that was developed with architect Luís Rebelo de Andrade. Although it does not blend with the surrounding architecture, its remarkable contemporary aspect successfully manages not to strike a wrong note.

The building is on four floors, and is covered in a vertical garden consisting of about 4.500 plants which depending on the floors, create a panoply of different aromas. In the reception and social areas you smell rosemary; in the bedroom, lavender and in the rooftop swimming-pool, saffron. The building presents a slight curvature that translates the idea behind its construction: it suggests – and this work is a world of suggestions – the crown of a tree. The suggestion lingers even inside the house – the sensation received is that of living the dream of a tree house, which is so common to childhood.

Inside, the most remarkable aspect is the straight staircase, giving key unity to the building and which was influenced by the typical steps of Alfama. The cut-out piece of the roof over the stairwell offers a fat slice of light that bathes the lower floors. The top floor has a swimming-pool placed longitudinally with portholes which both reveal the swimming bodies and serve to shed light into the sitting and dining room. Anyone swimming in that pool feels that it extends over and merges with the silhouette of the houses on Lisbon’s horizon, giving the sensation that one is swimming along the city’s skyline. 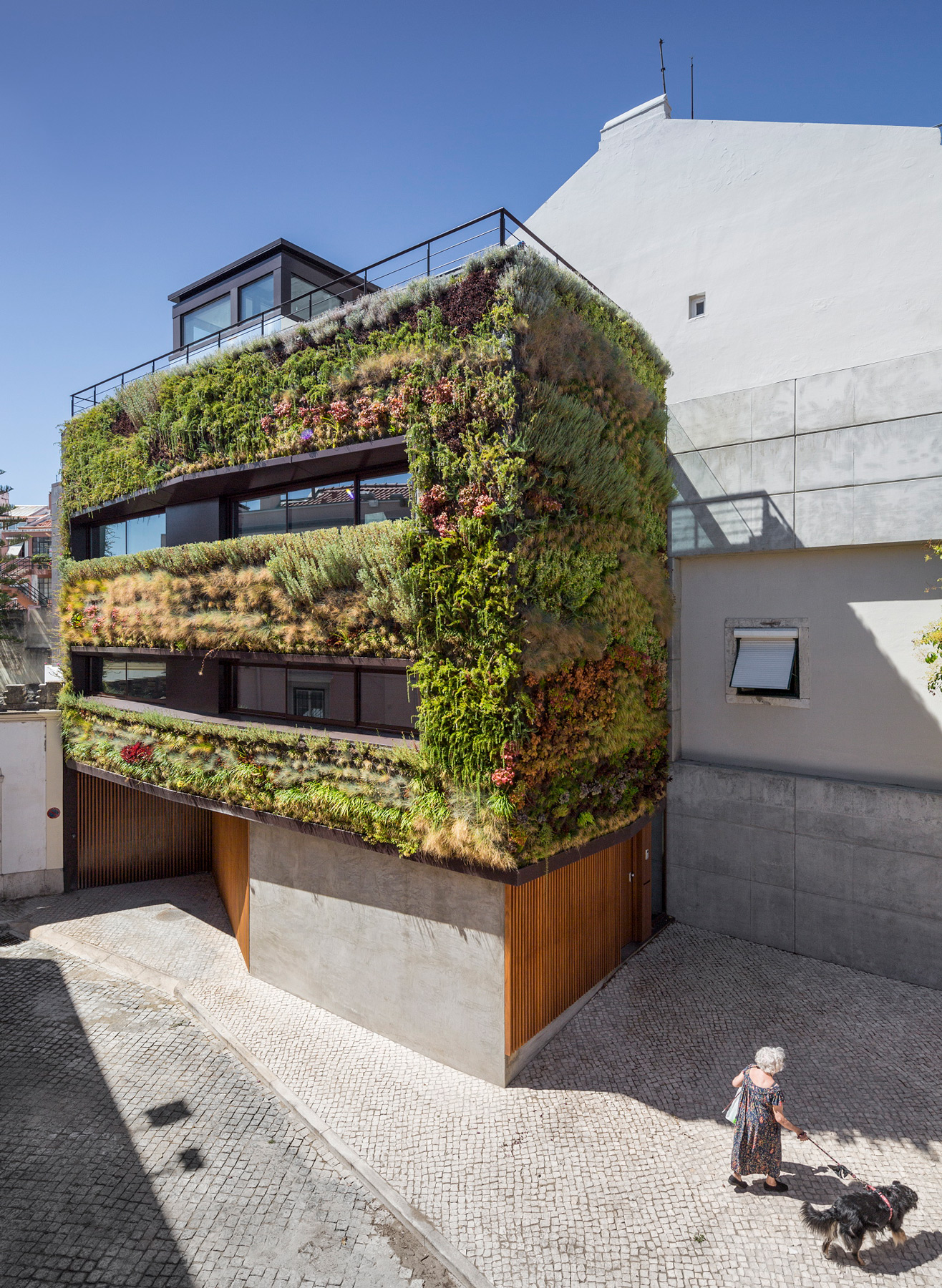 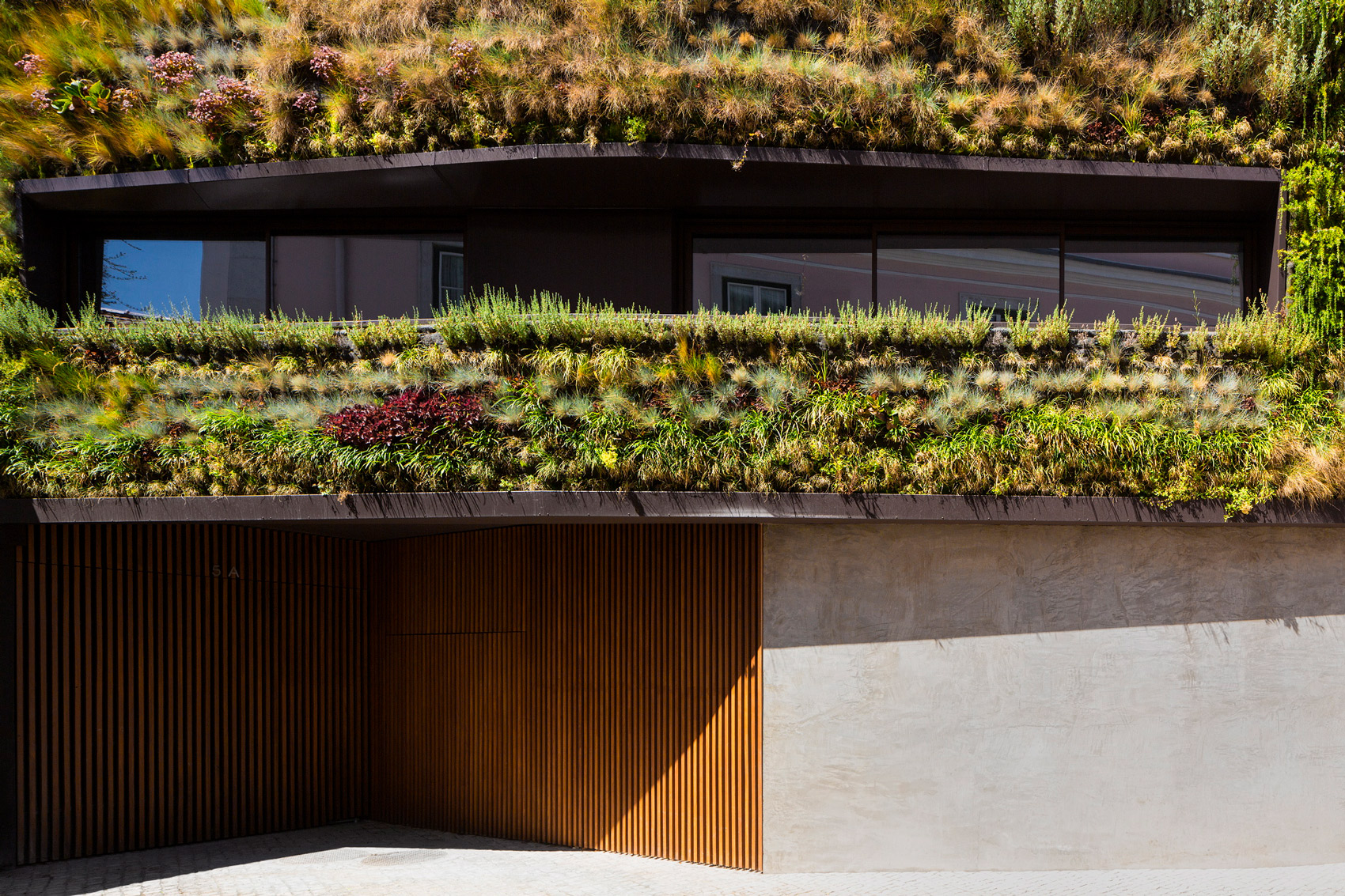 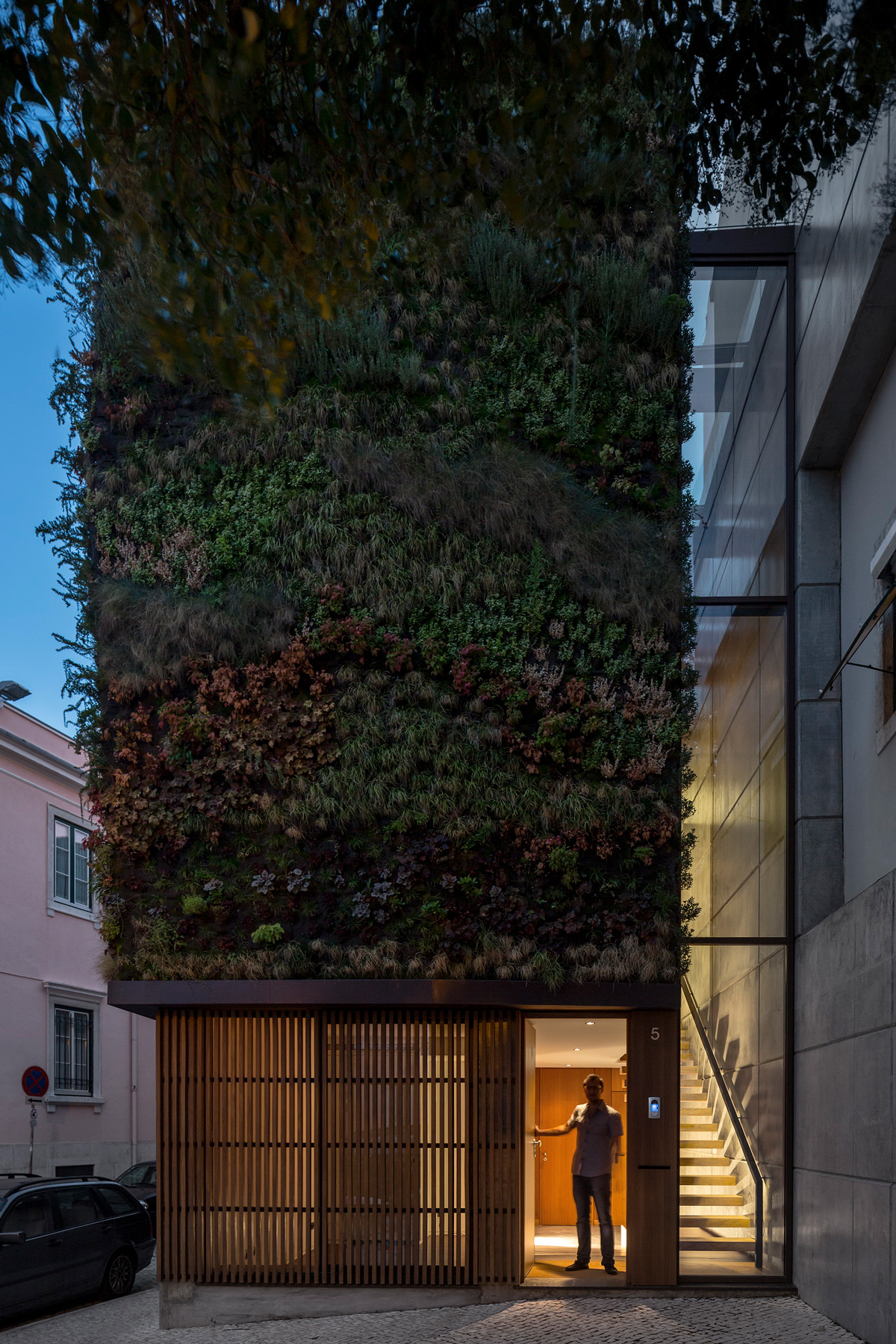 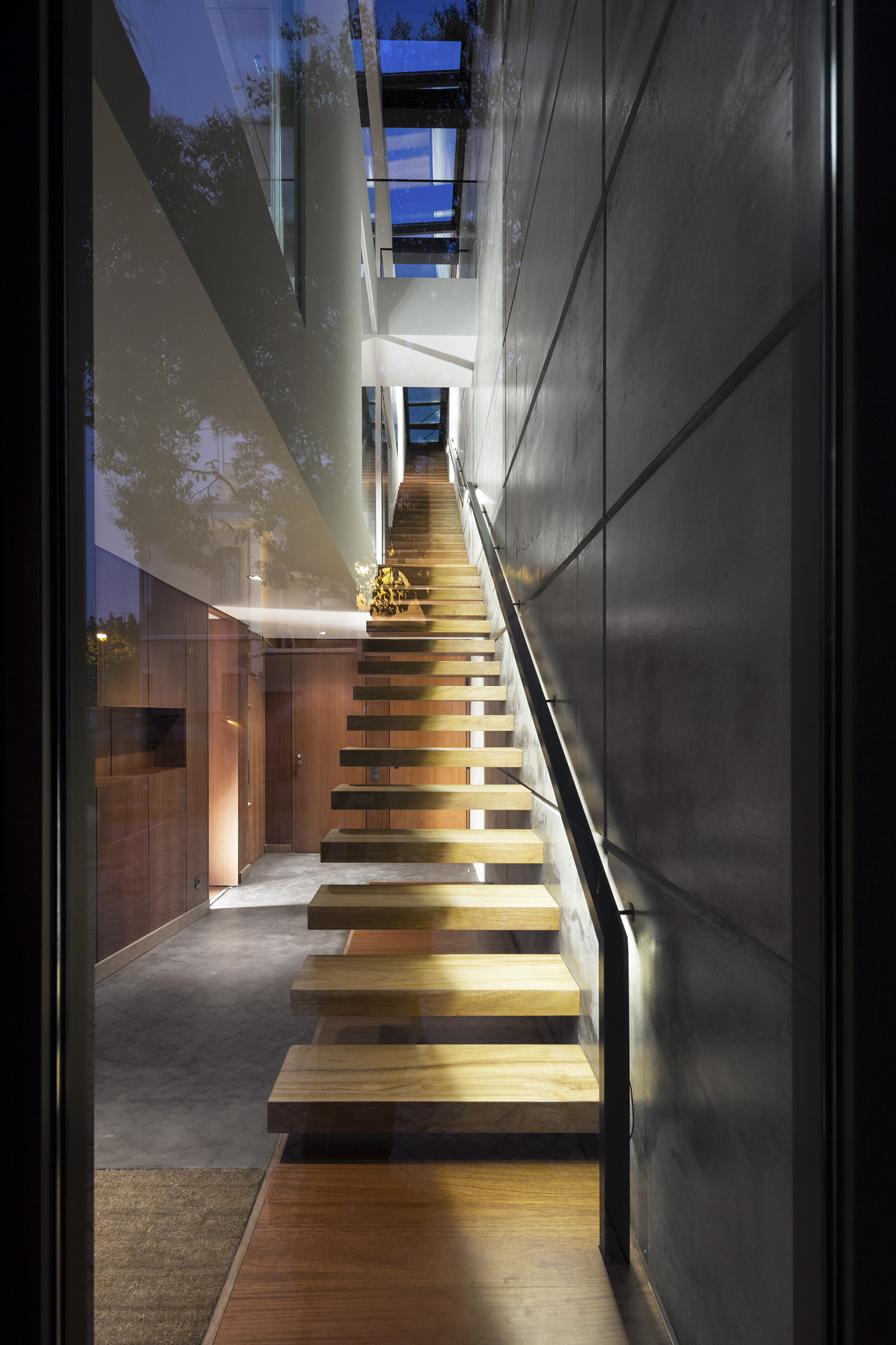 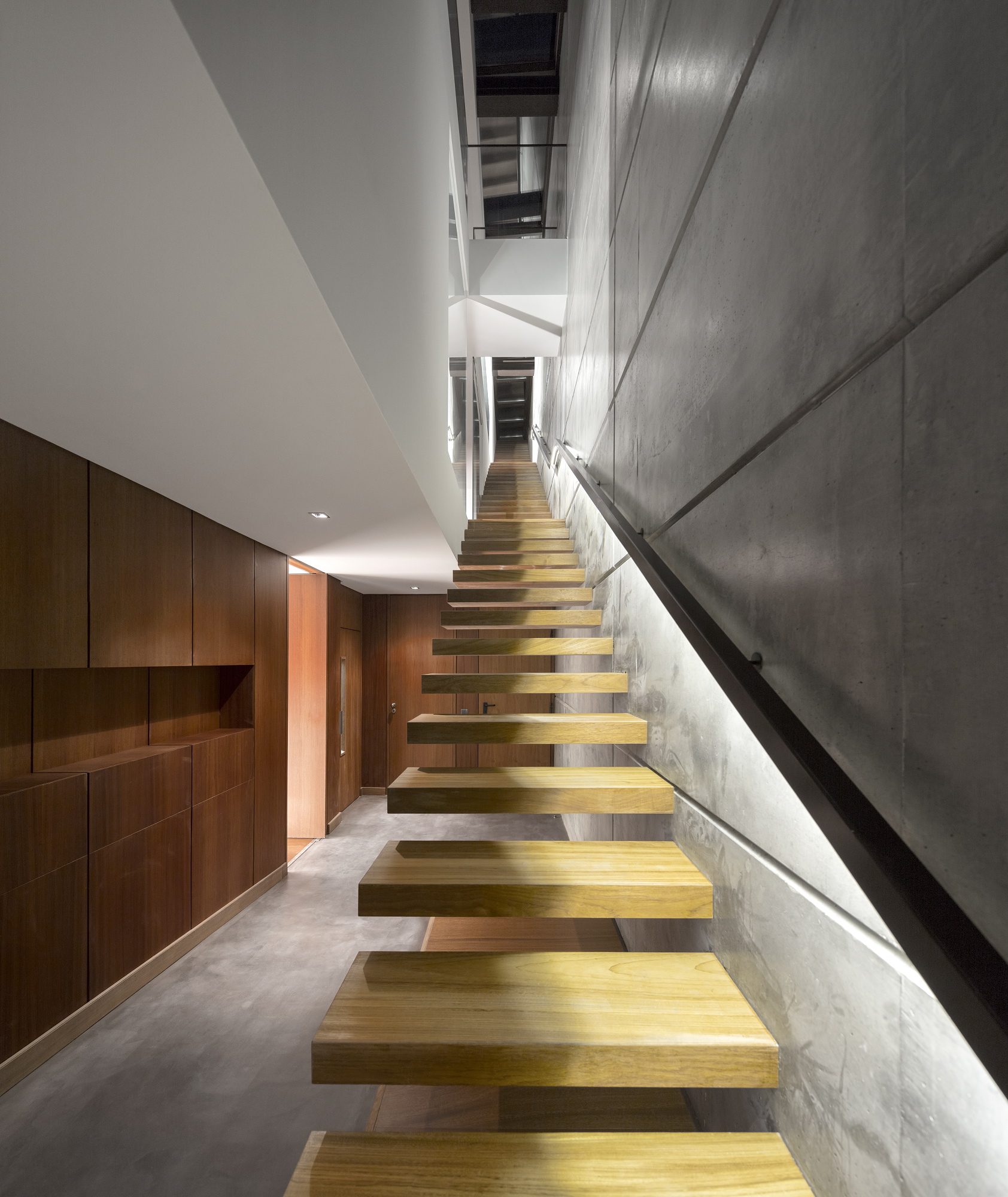 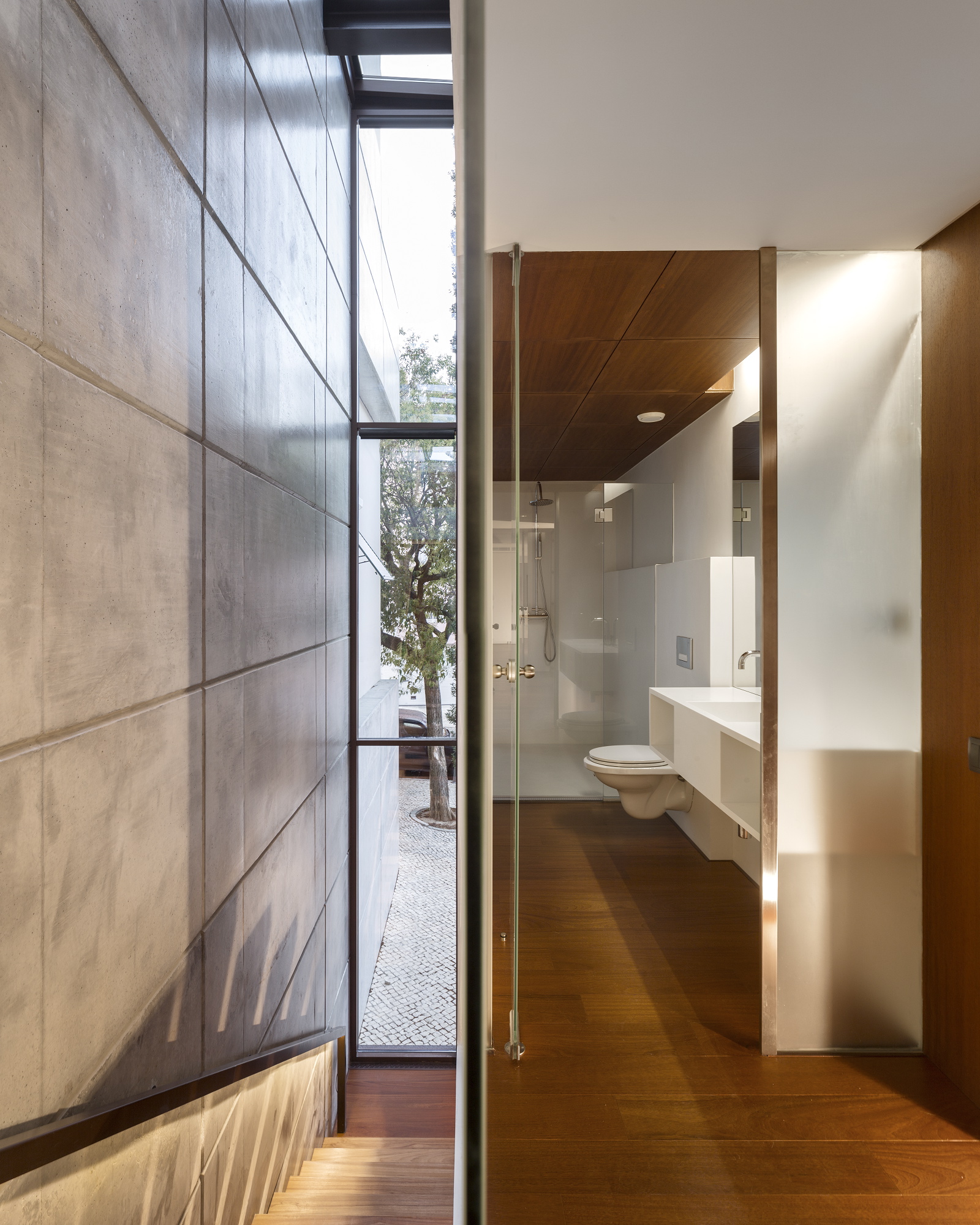 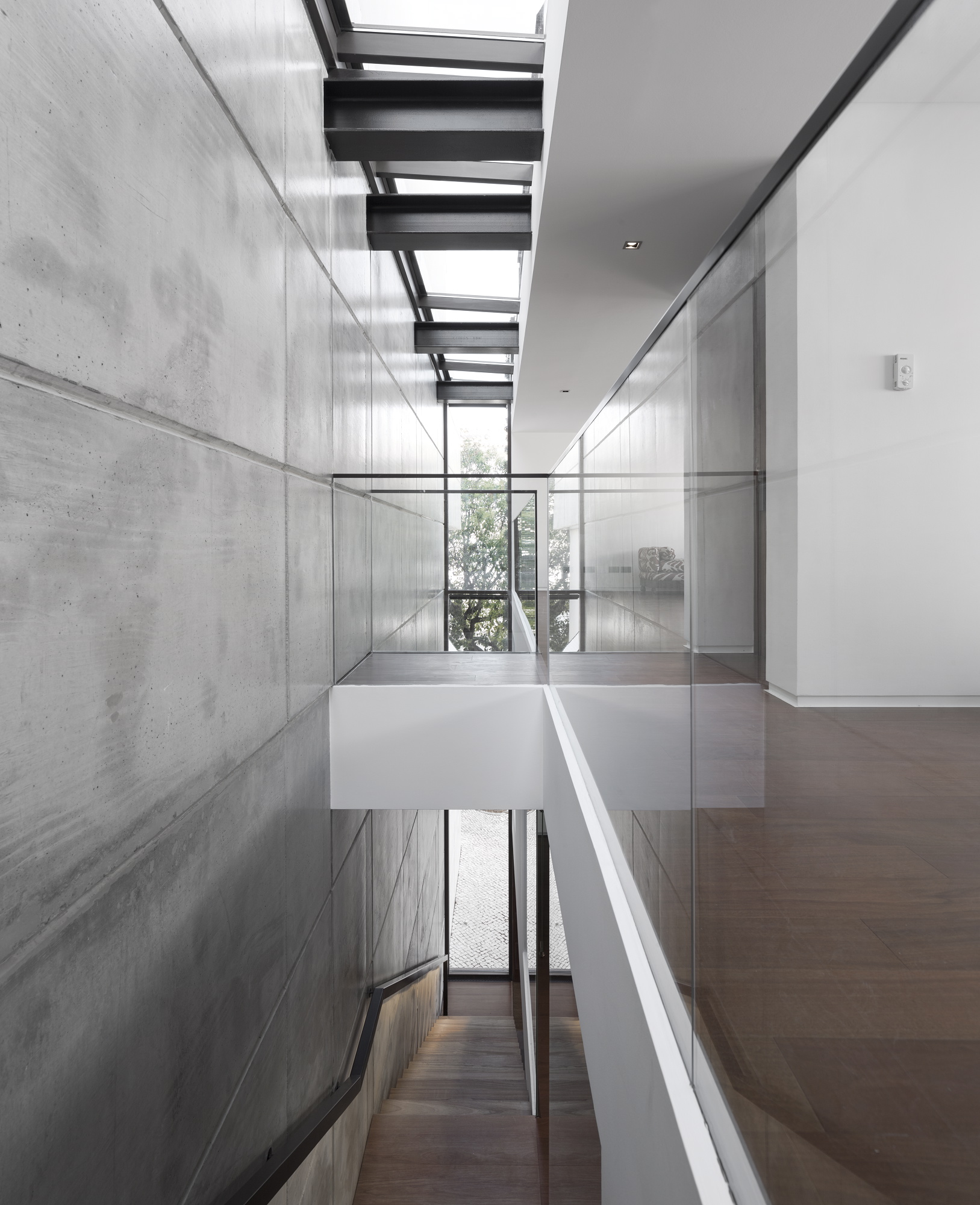 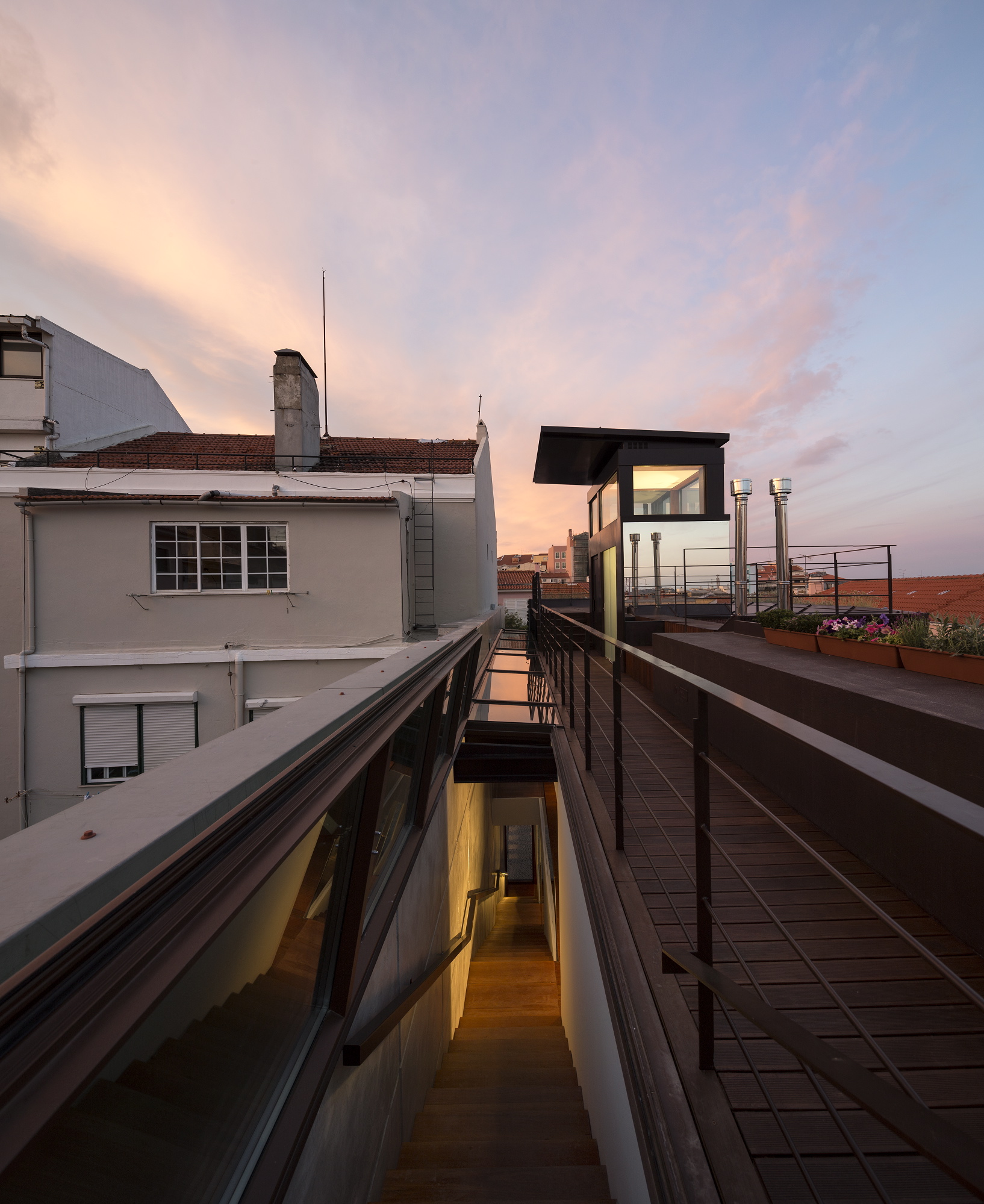 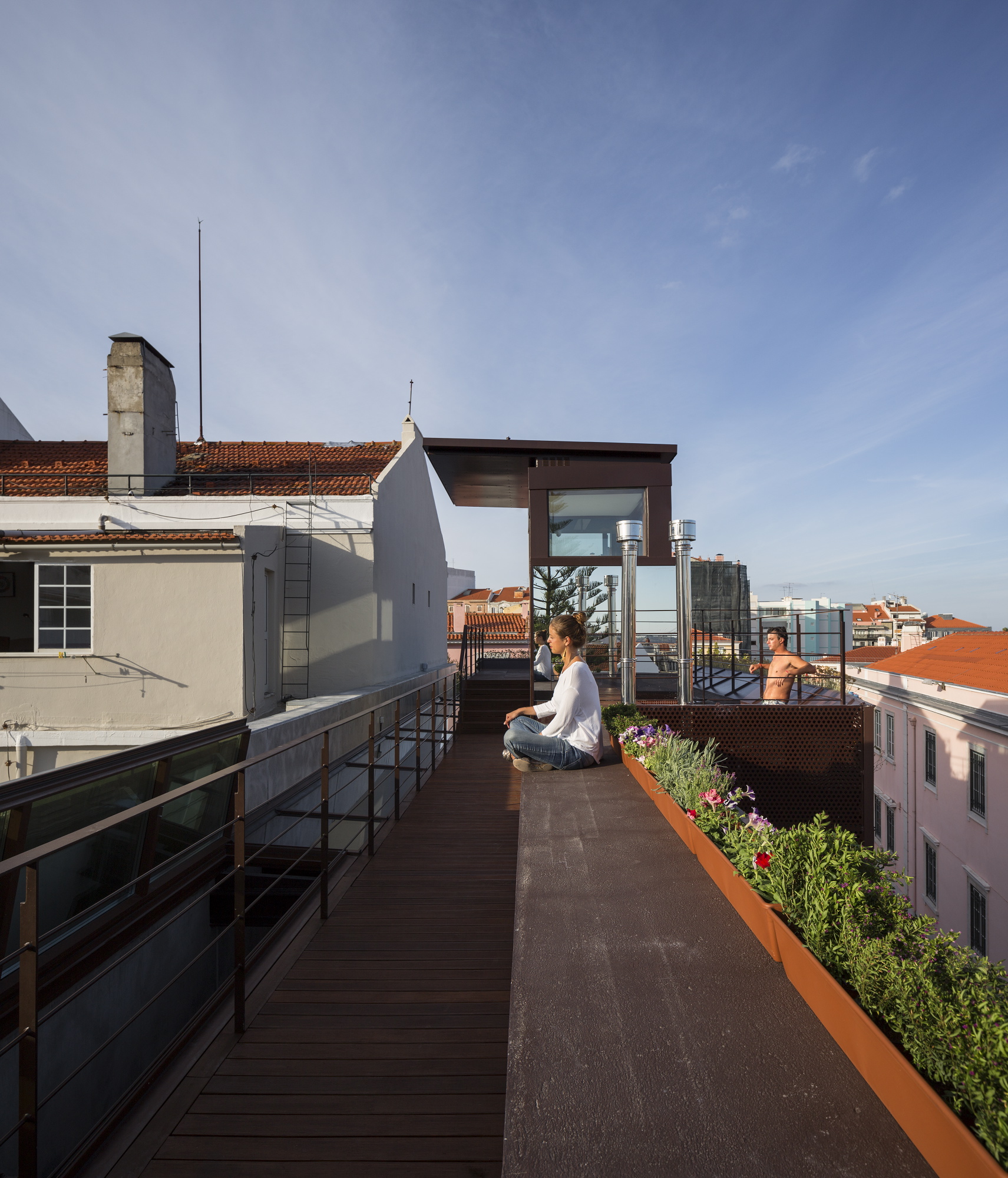 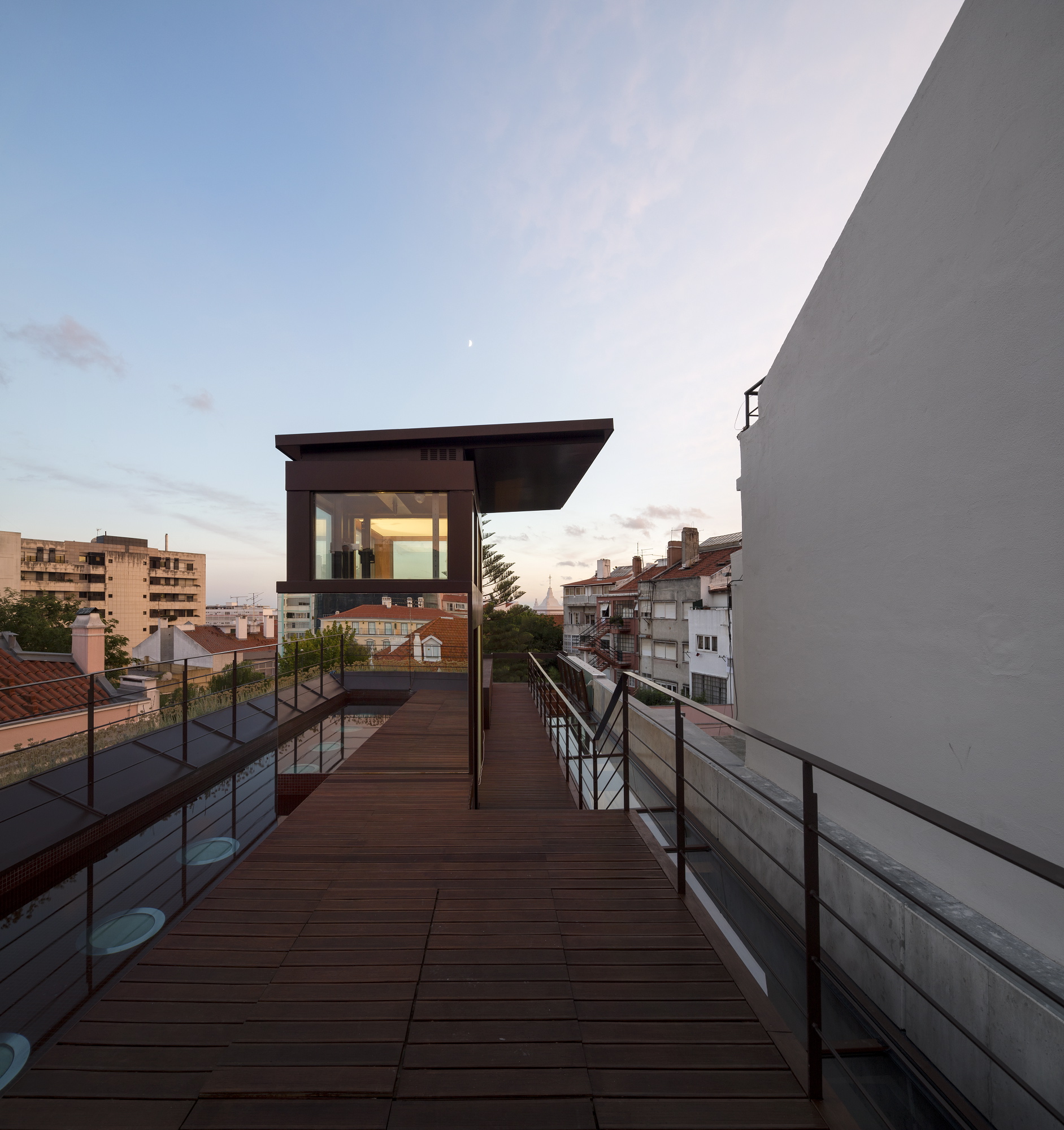 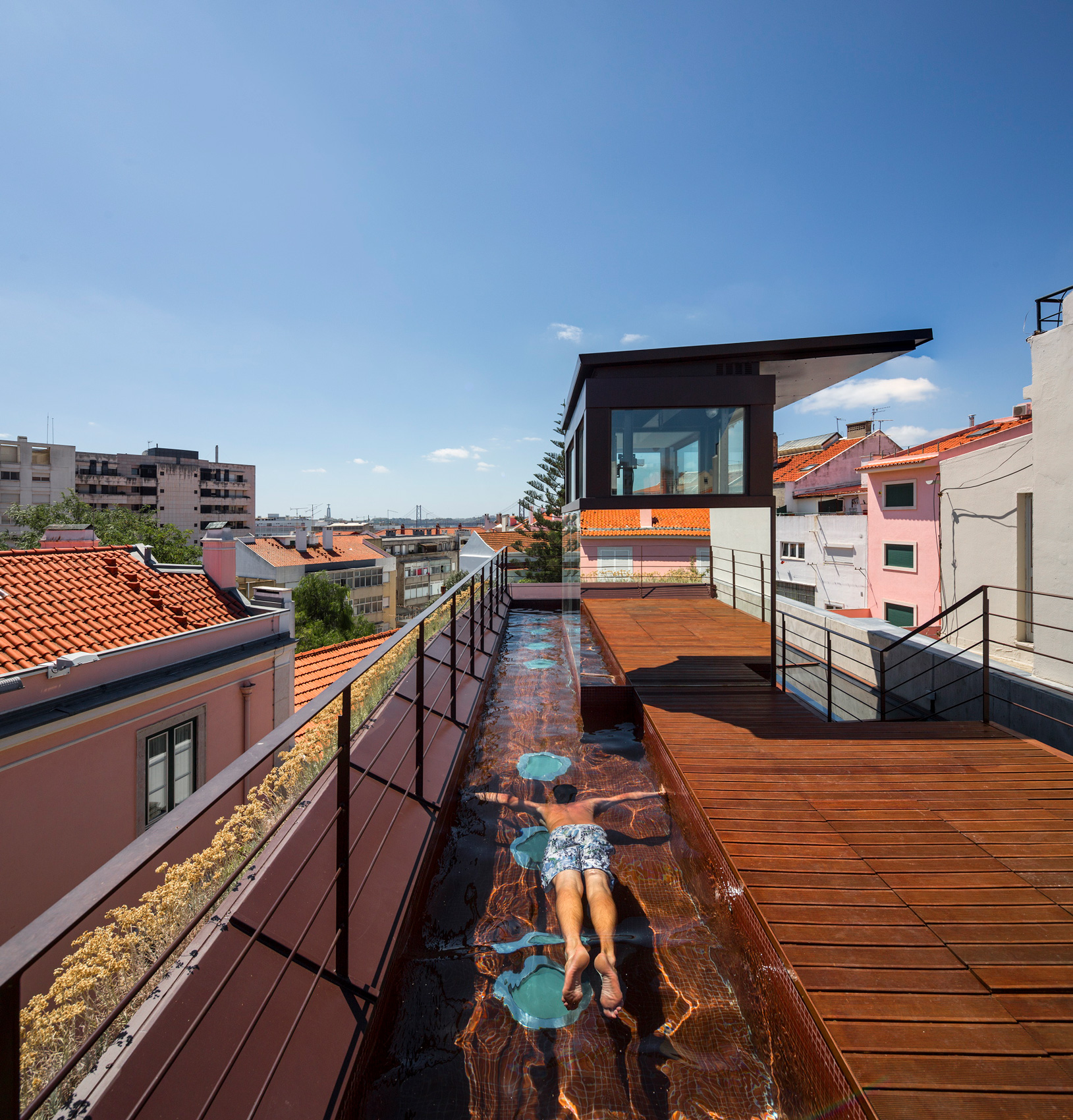 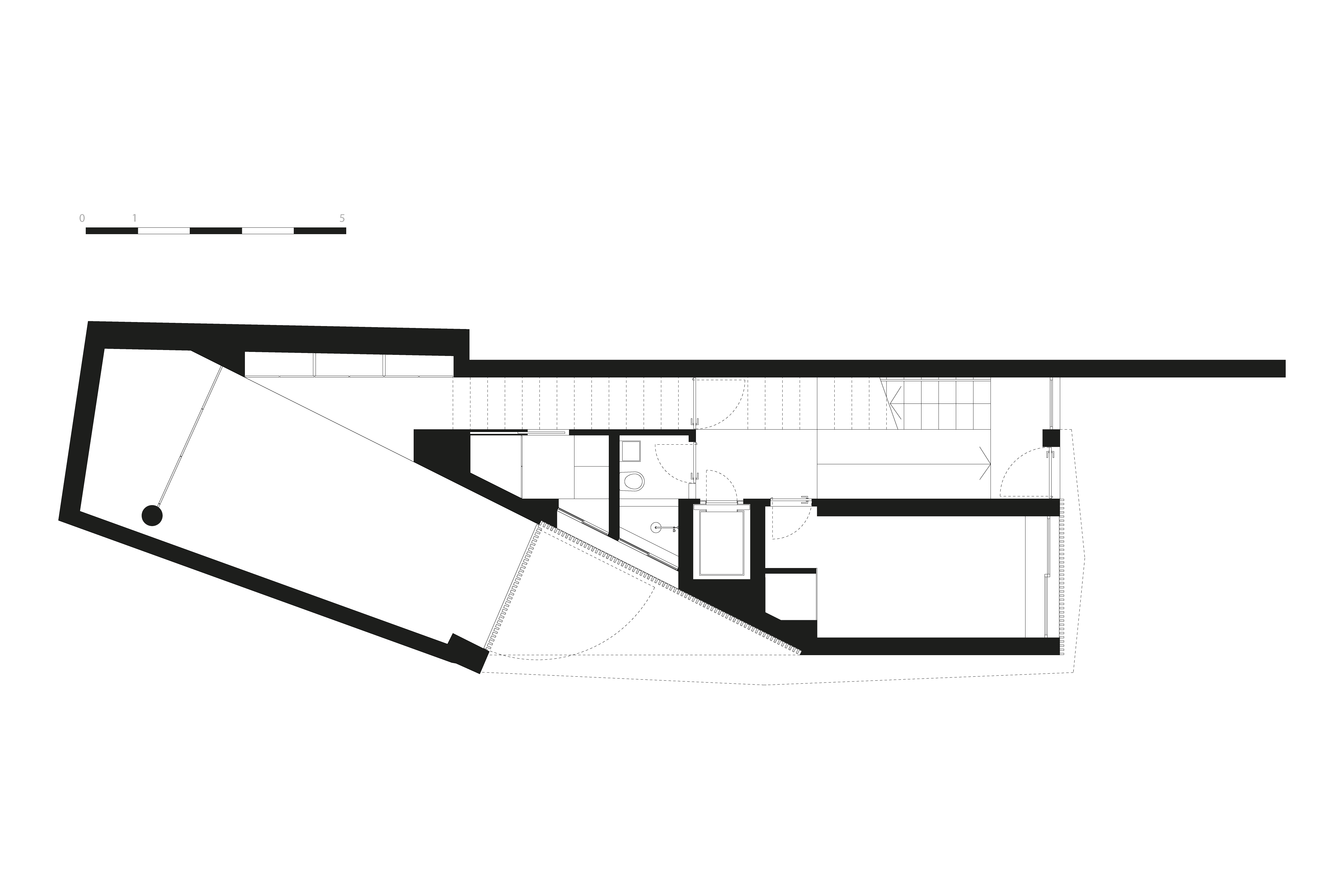 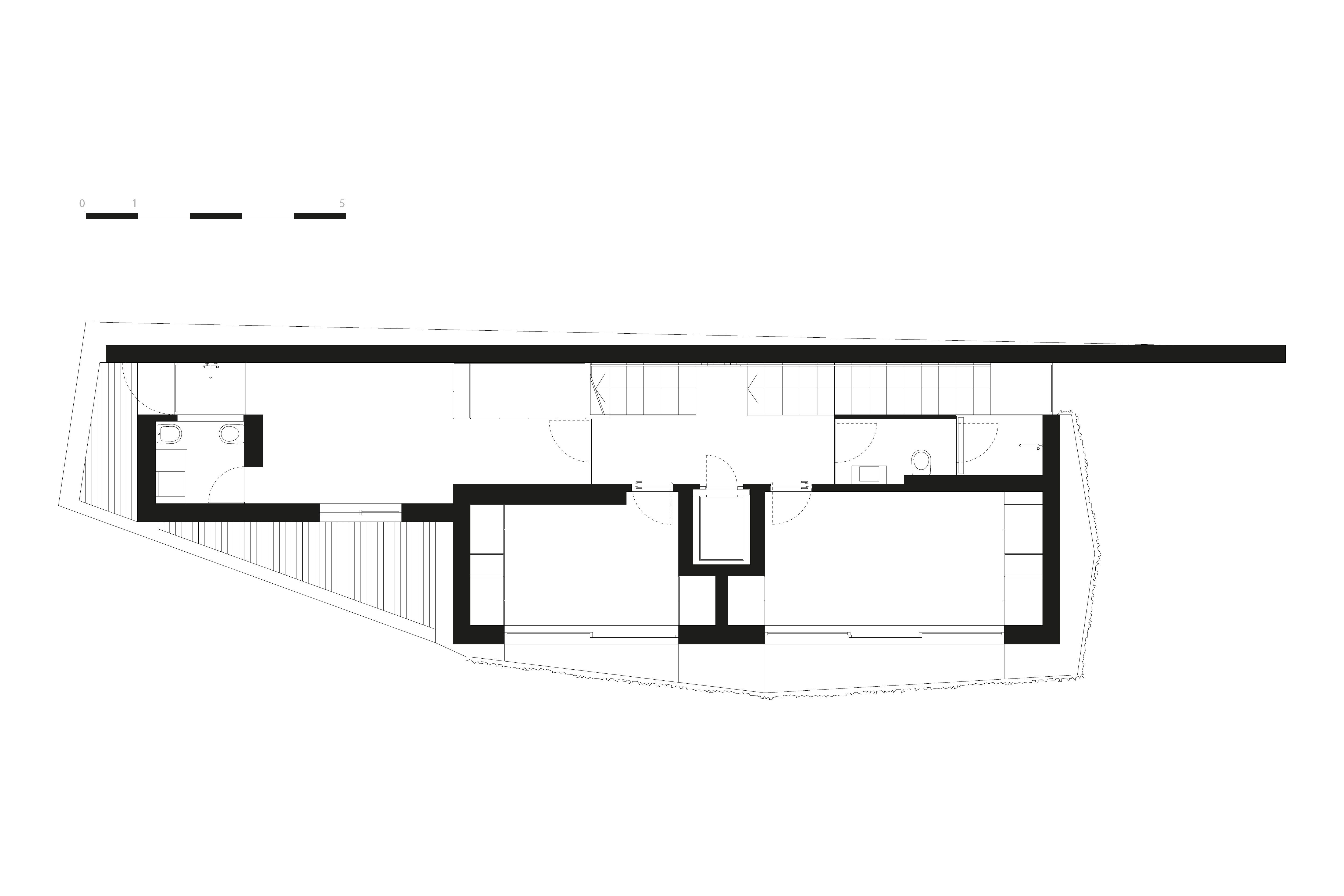 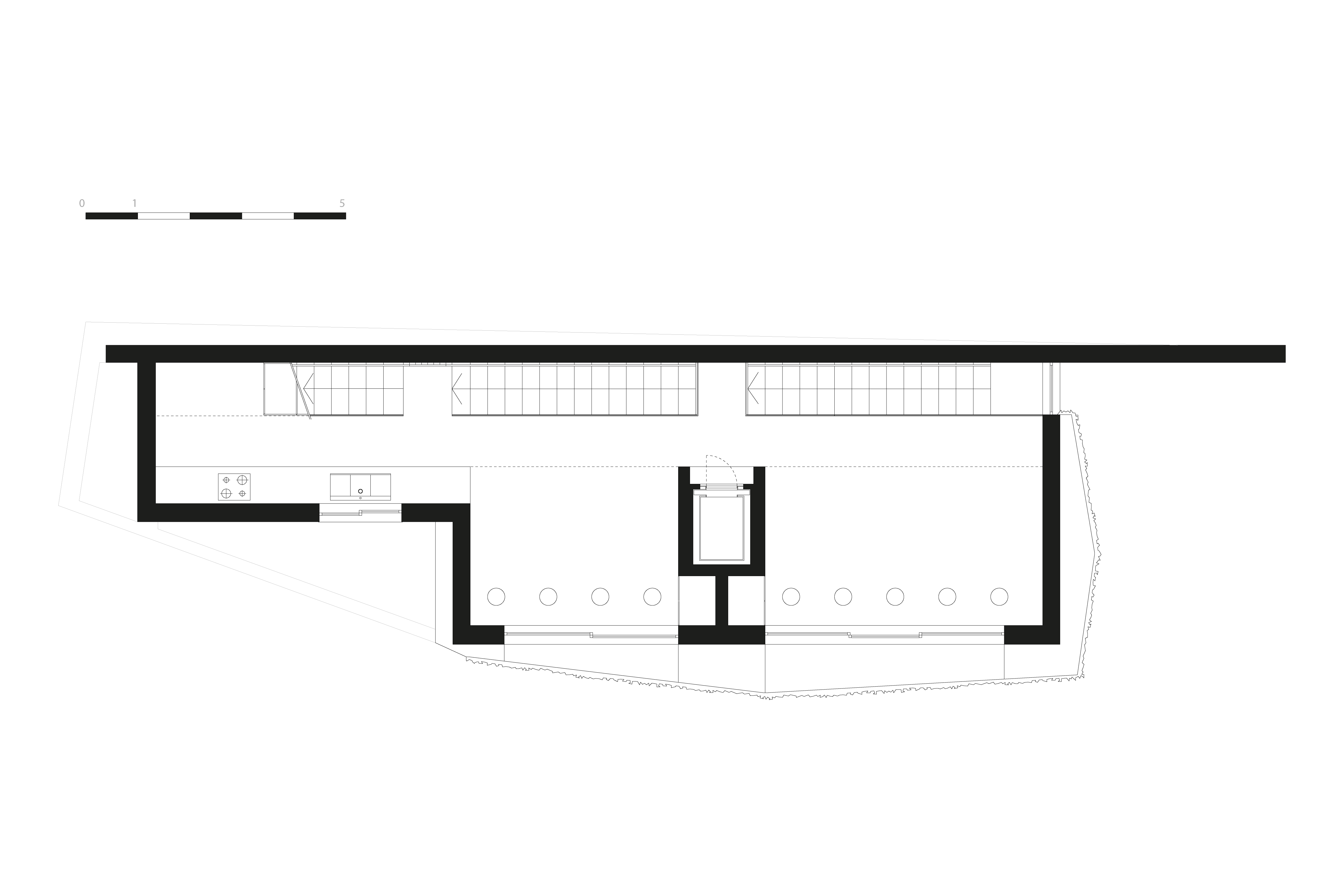 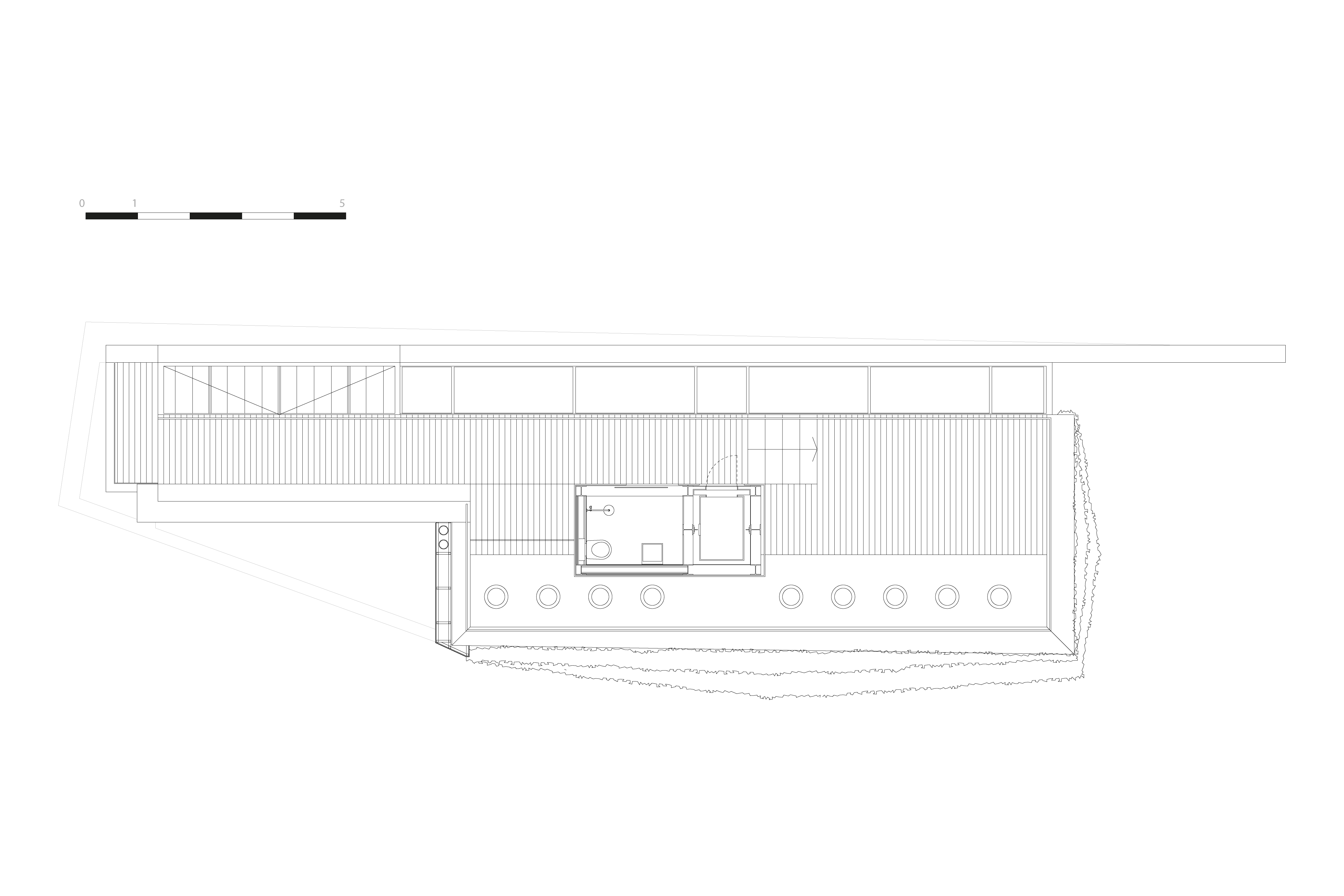