Next Future is a Gulbenkian Programme of Contemporary Culture dedicated in particular, but not exclusively, to research and art production in Europe, Africa, Latin America and the Caribbean. Every year an artist or architectural office is invited to design a pavilion in the gardens of the Calouste Gulbenkian Foundation, and in 2014 the design and creation of this space was commissioned to SUBVERT.

The pavilion was entirely dedicated to the Latin American Literature Festival - from June 20th until Sep 30th 2014. It is a temporary pavilion commissioned by Calouste Gulbenkian Foundation and part of the Next Future Programme.

Totem  «(…) a natural object or animal that is believed by a particular society to have spiritual significance and that is adopted by it as an emblem.»

As a totem, the pavilion was designed to become a space for reunion, discussion and contemplation, an architectural emblem that embodies South America. It reflects the four vital elements: earth - from where it appears; air – the element that sustains it; fire – through the reflection of light and the sun; and water - suggested by its matter and form. The structure of the pavilion is made of steel and wooden boards covered in strained mirrored paper.

Entering and walking through Calouste Gulbenkian gardens, one discovers this installation, a spatial experience of light, sound, color, that reflect in diverse ways the elements of creation.

In Guarani mythology, the word tupã refers to the supreme god of the universe and the creator of light. His residence is the sun. Tupã becomes, in this context, the architectural representation of a continent, South America. It emerges inside the gardens of the Calouste Gulbenkian Foundation as a mirrored object that is able to transport us to other dimensions, to different abstract representations of that continent, to its colors, its textures and sounds. The mirror, the curtains, the smoke, the sound and light become the elements of transformation for this object, radiating the essence of life itself. 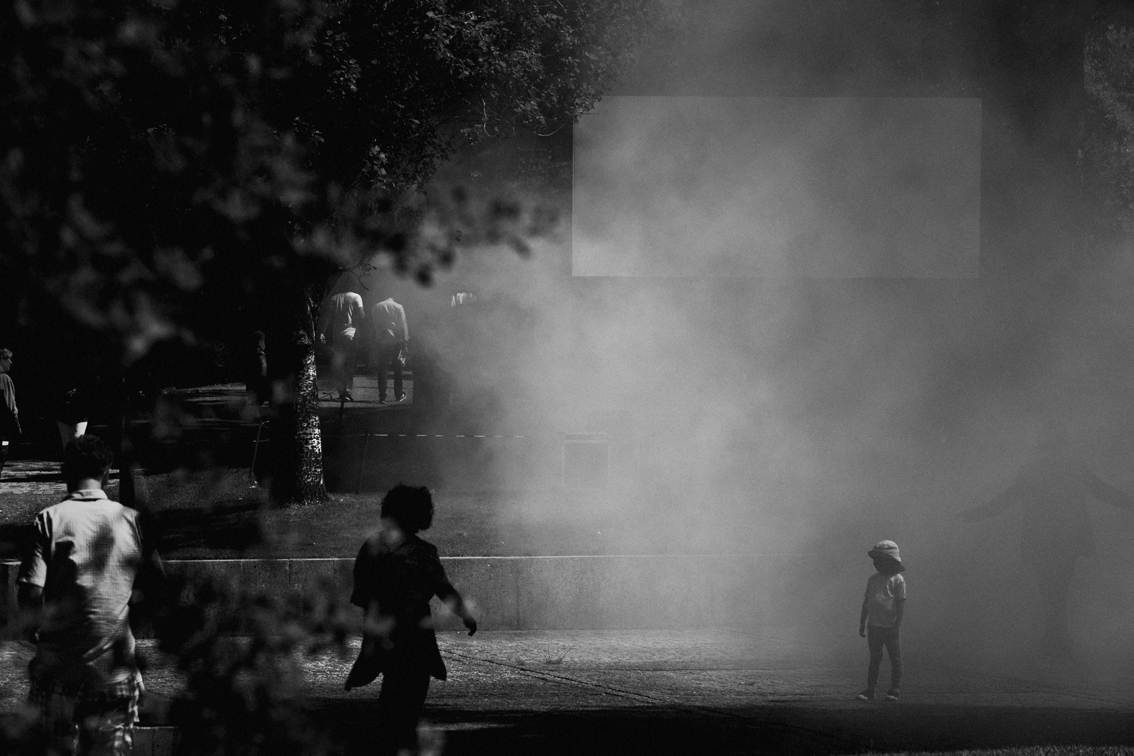 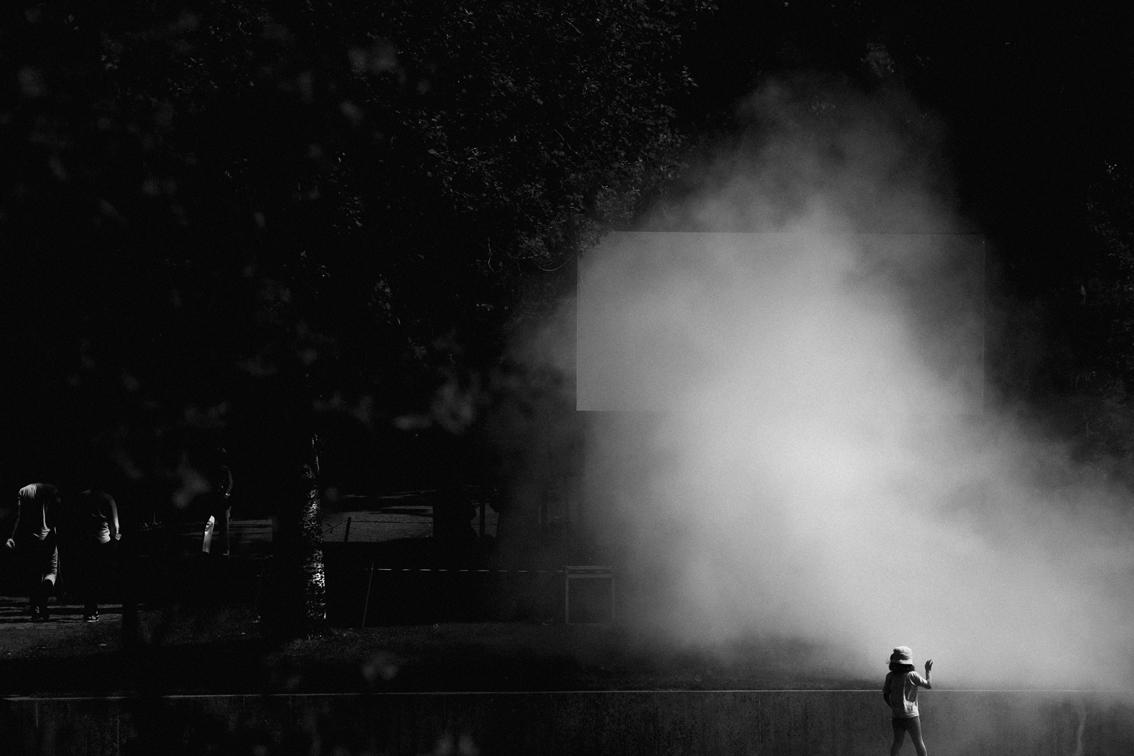 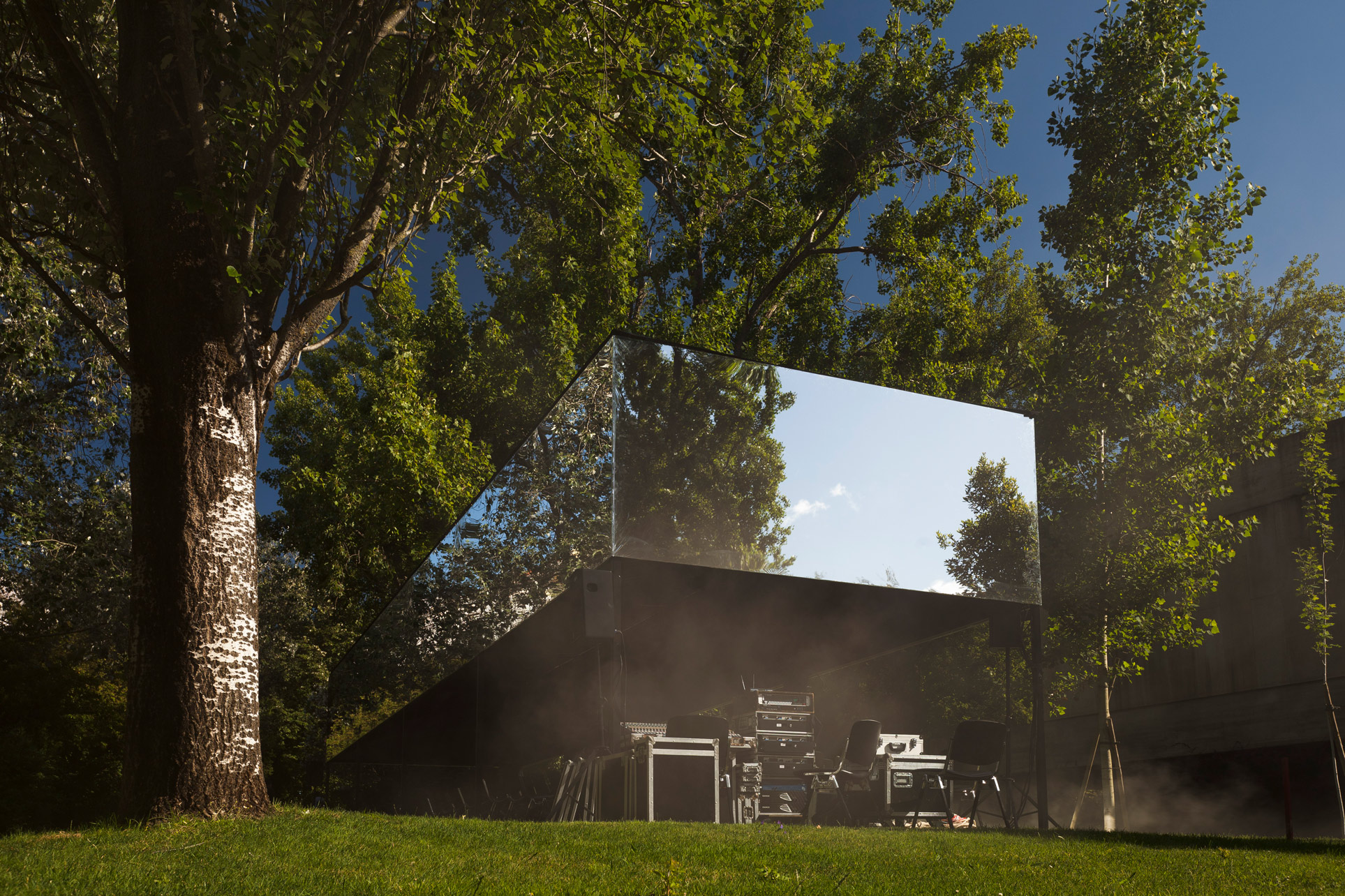 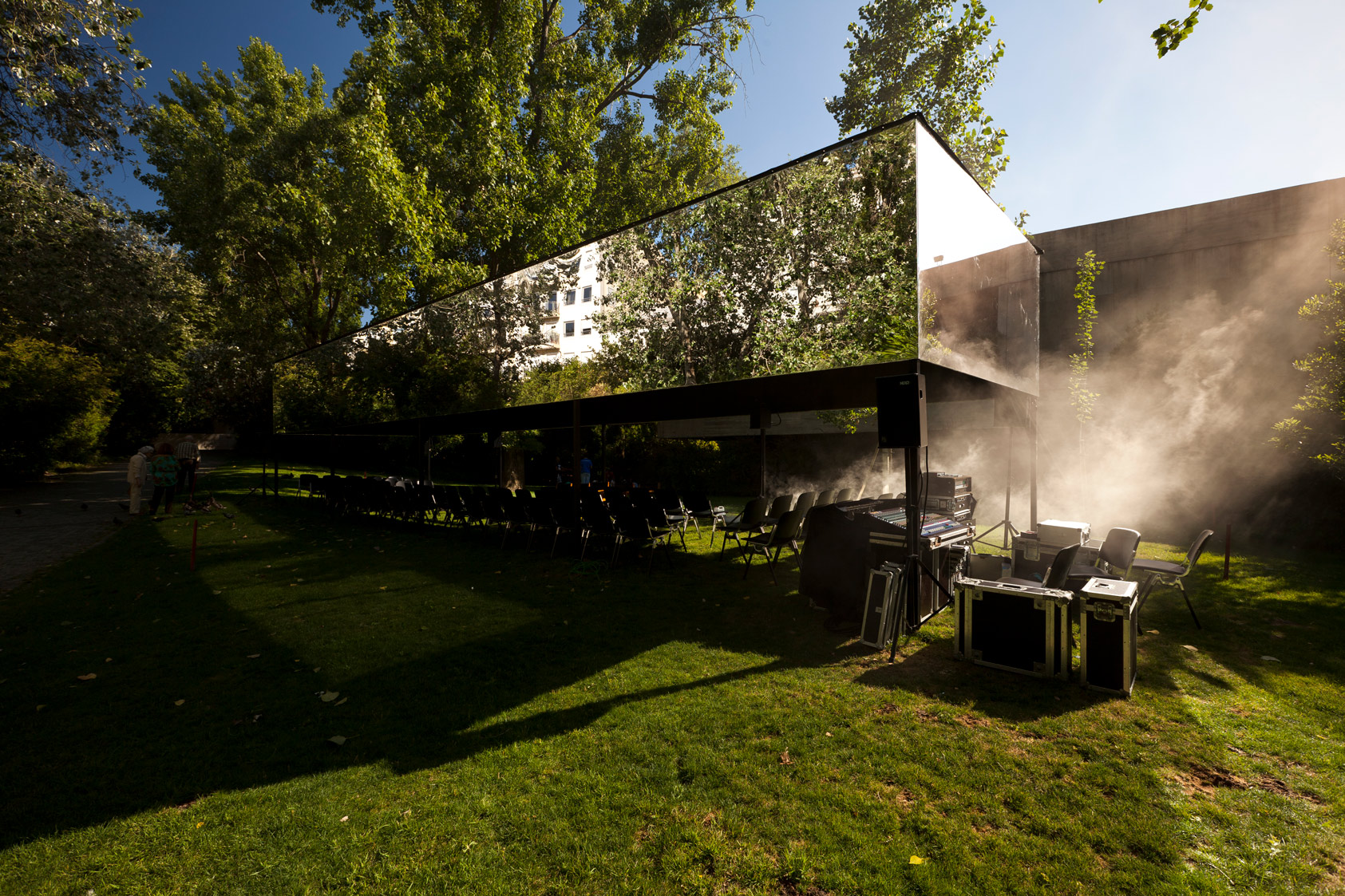 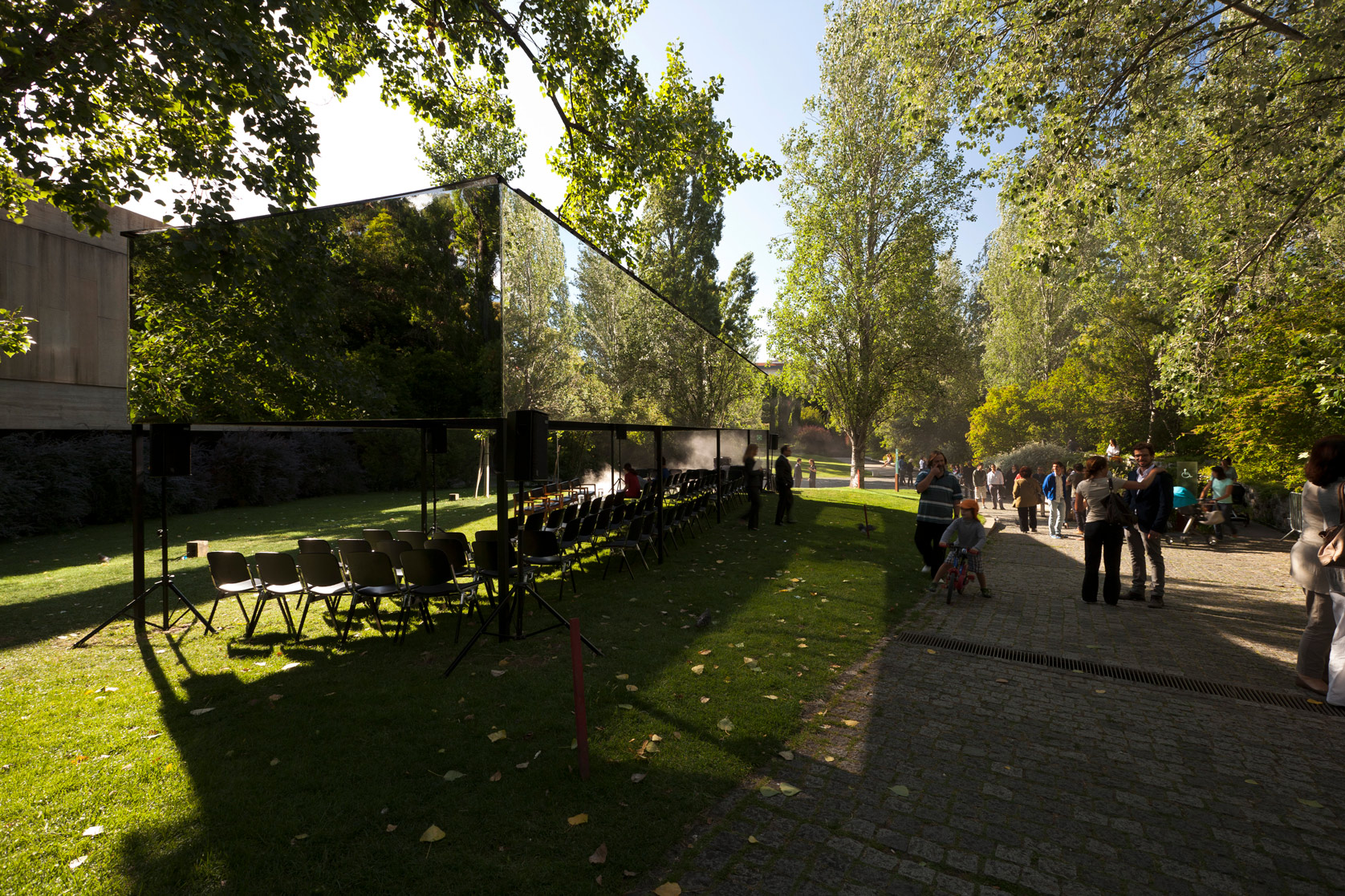 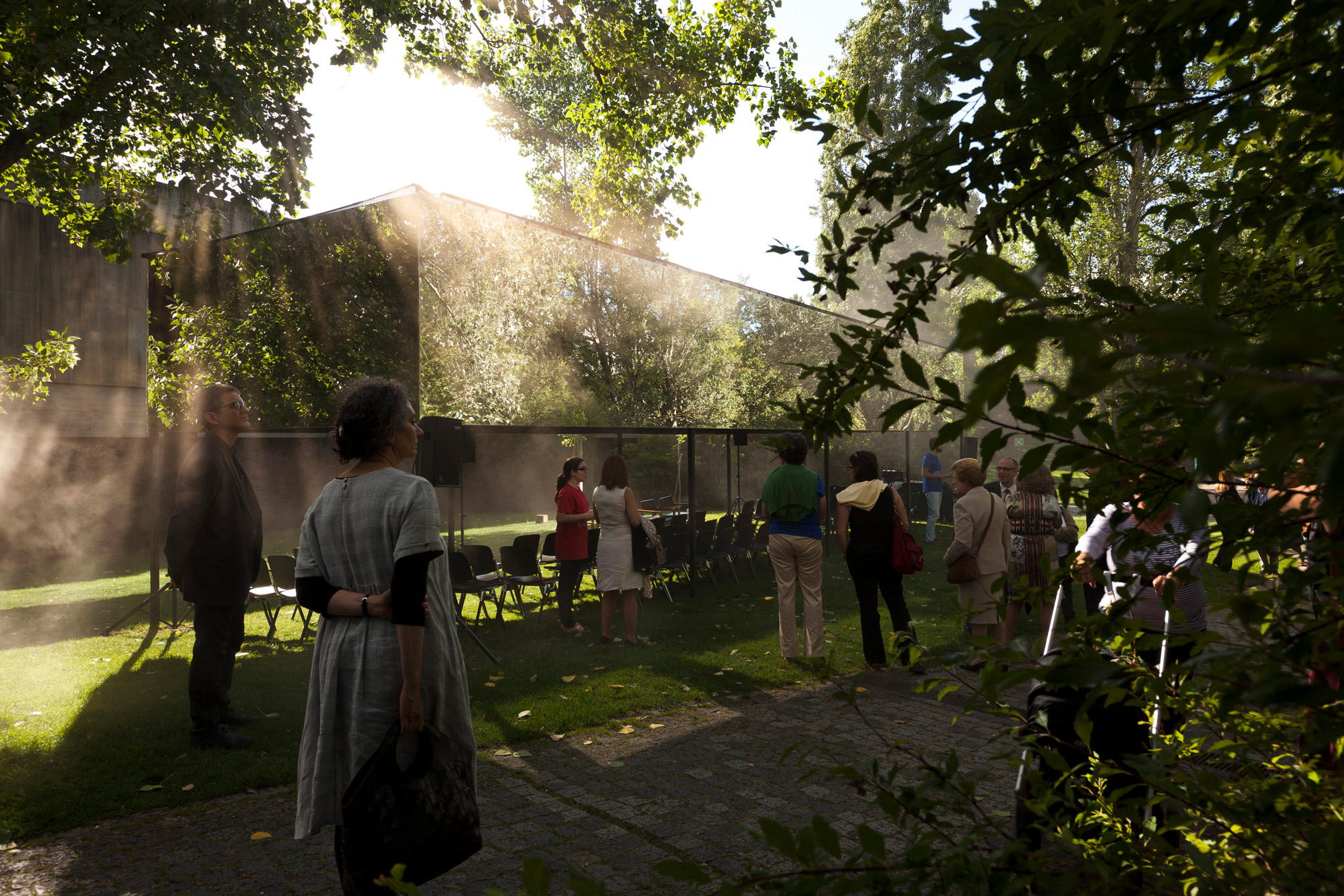 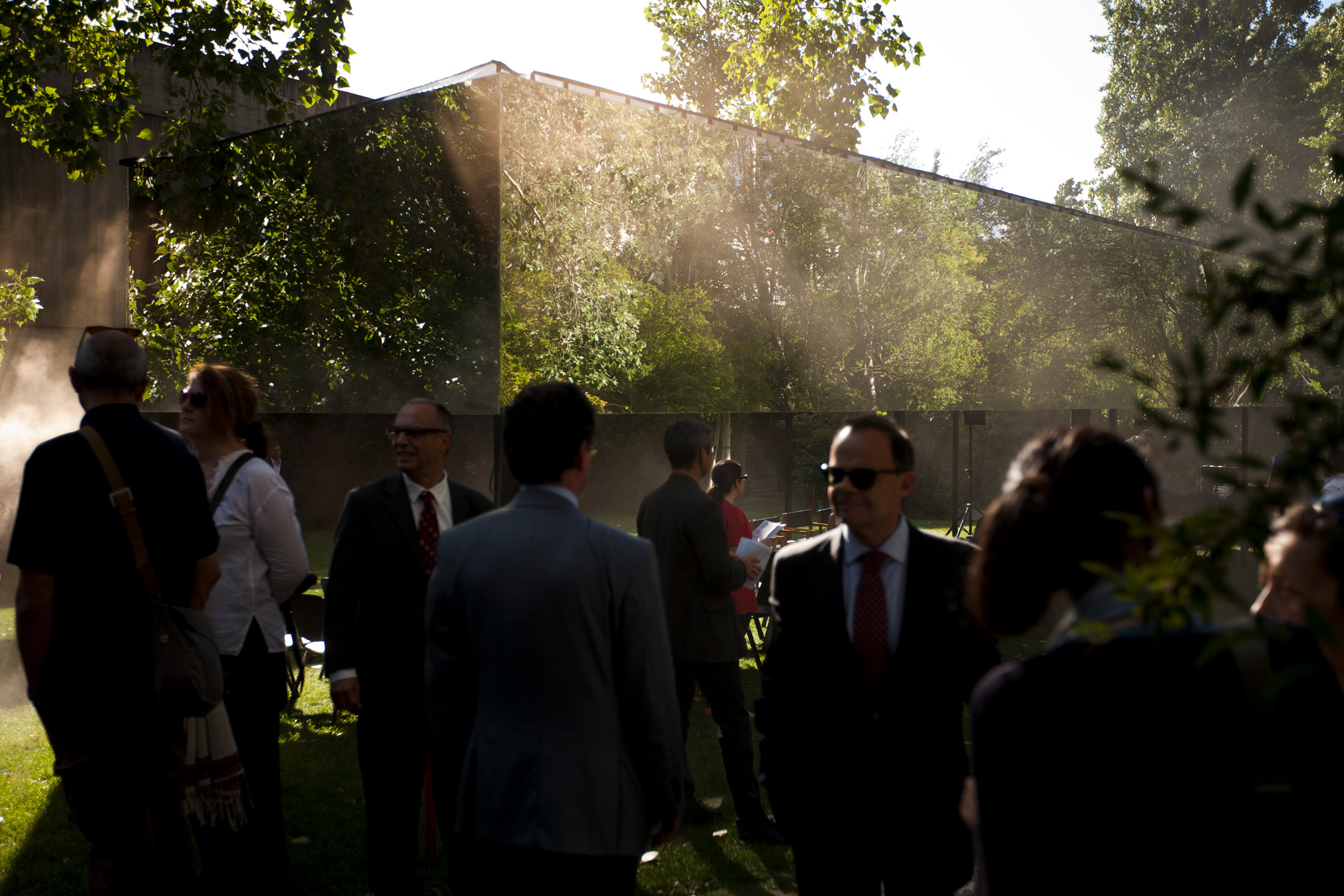 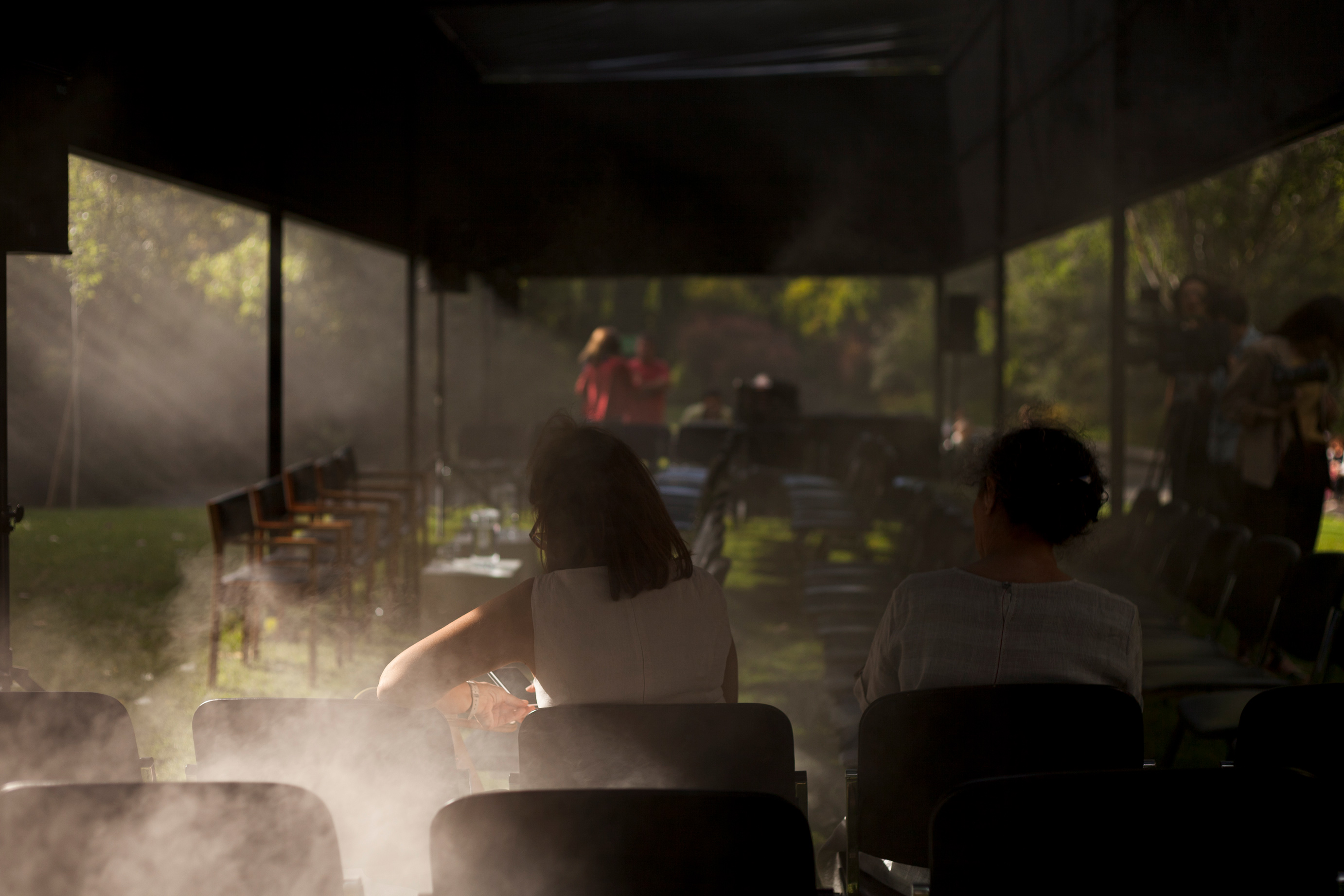 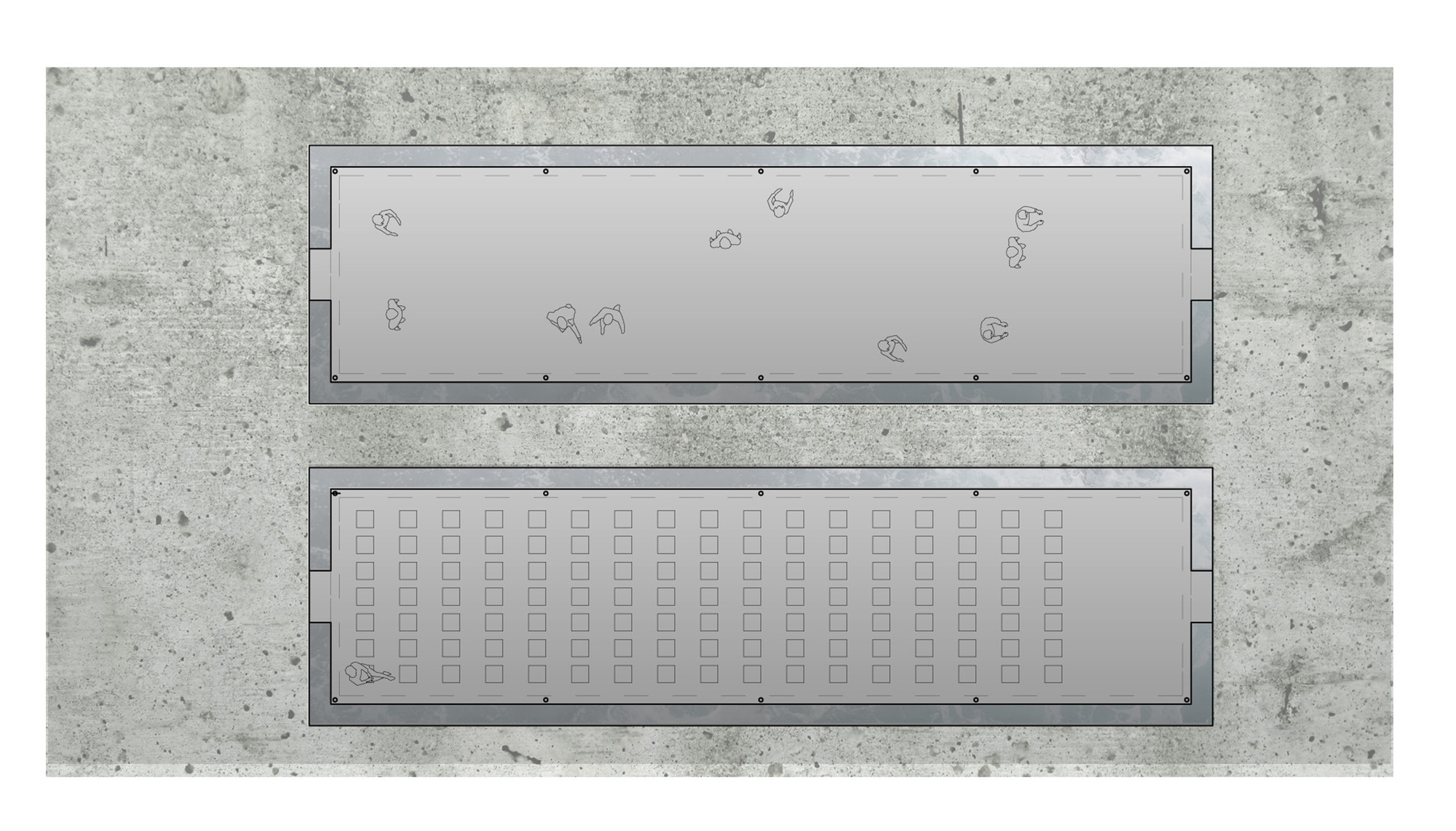 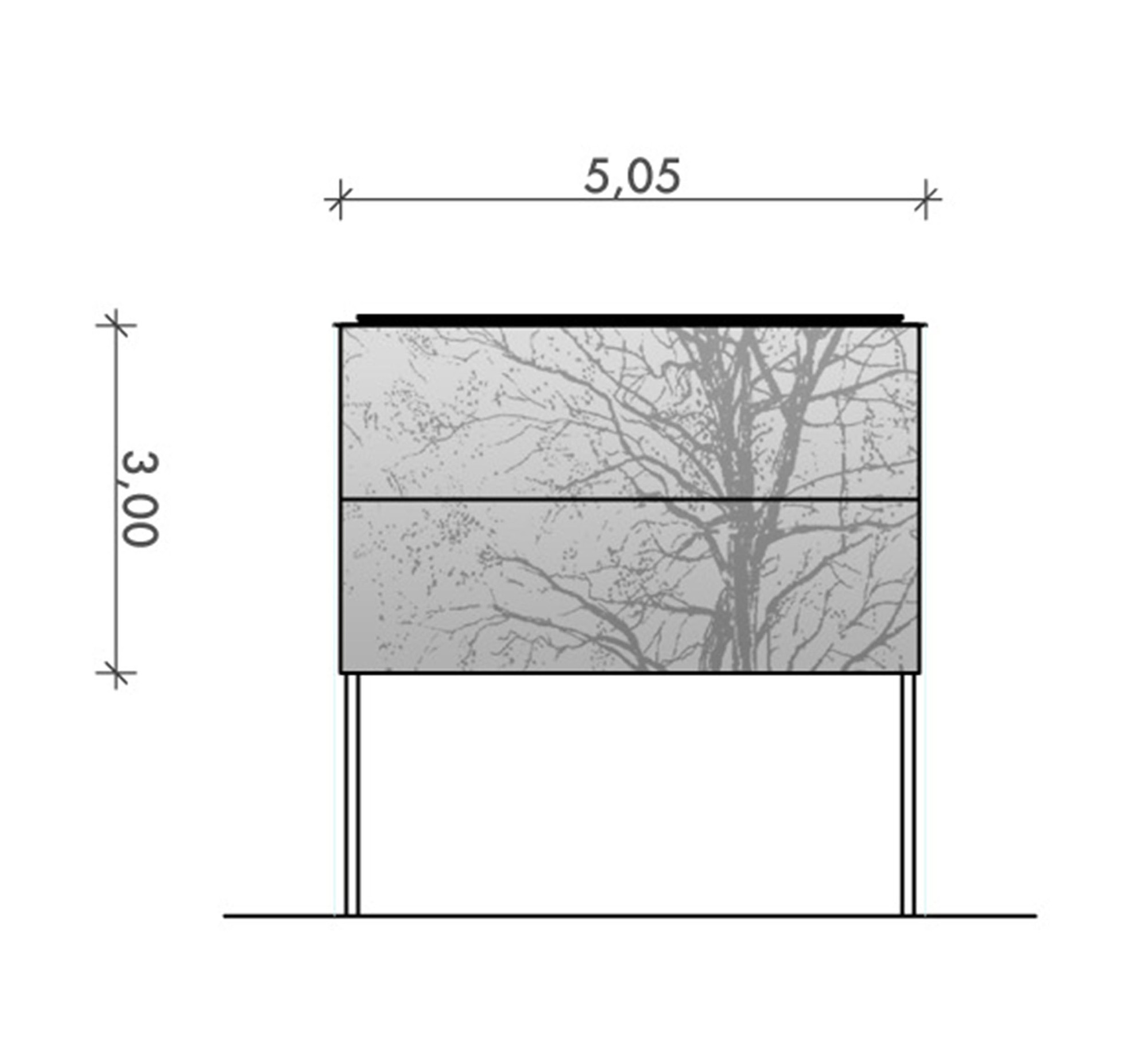 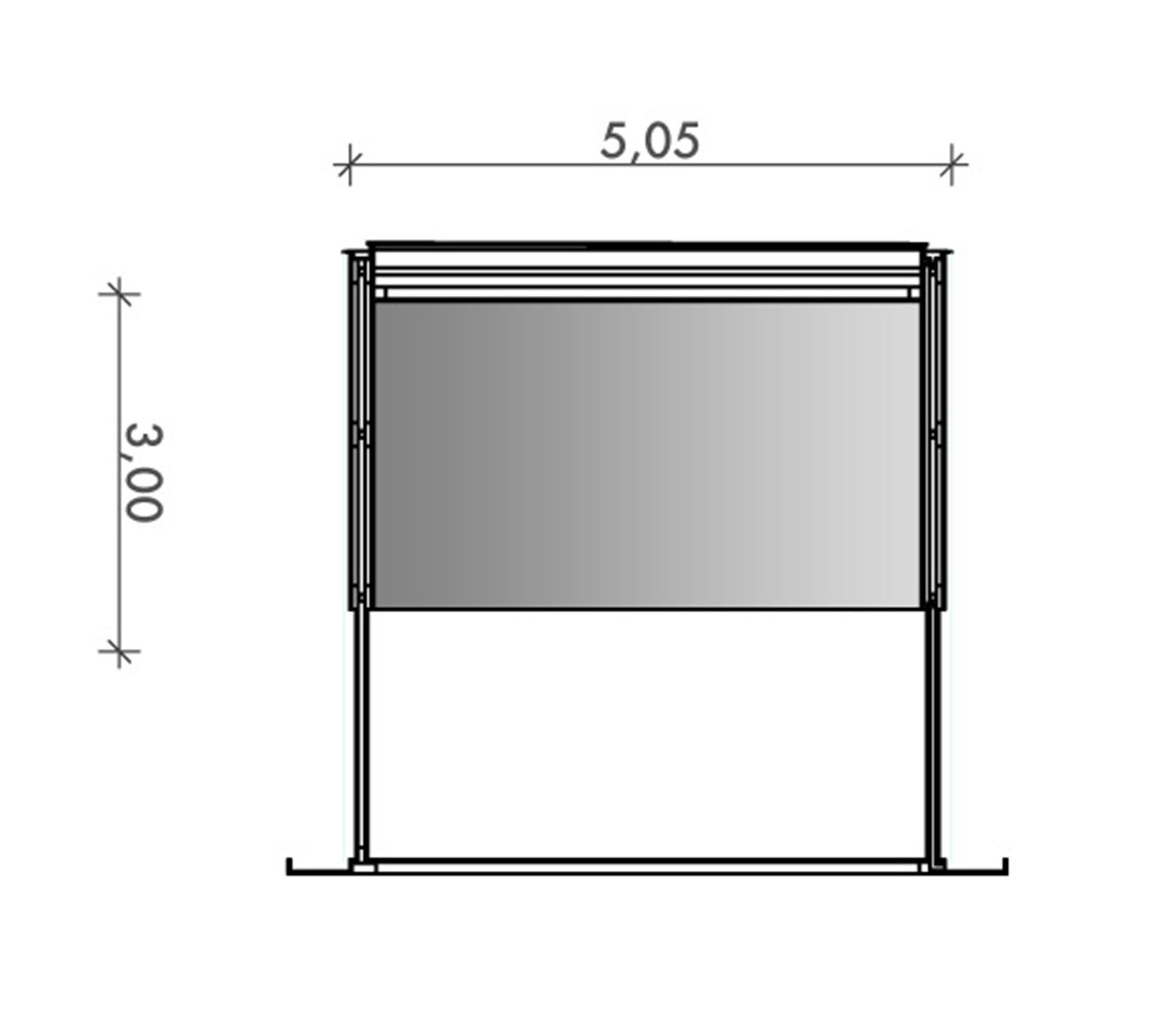