The apartment is in the center of Lisbon, on the second floor of a 3-storey building from the 1930's, and was acquired with the purpose of becoming our client's dwelling.

The apartment was assigned to us quite changed, but, nevertheless, it presented us with great potential for intervention, mostly because of its high ceilings and by some decorative details. In its original plan, the typology was a 3-bedroom apartment, but the project consisted of opening the space and transforming it into a one-person apartment – with living and dining room, master bedroom with closet, kitchen, powder room and office.

The intervention was based on two fundamental principles: to defragment the various spaces of the house and create more comfortable areas; and emphasize the various elements of the apartment’s building era.It

It was then decided to proceed with the demolition of some walls, in order to expand the space, and to create a parallelepiped body - entrance and corridor - that serves as the centerpiece of the intervention.

The project consisted in the rehabilitation of the apartment taking into account the standards of the time when the house was constructed, namely in the doors, friezes, stereotomy of floors, etc; contrasting these with a central volume that stands out, but at the same time, redefines a new language and spatiality for the apartment.

This central volume consists of a detached box, coated with a lacquered wood paneling. It is simultaneously a cloakroom in the entrance, and access to a bathroom and kitchen as well. This box is also highlighted by the gray and gold color, as well as the light that outlines the volume. These two colors and the light also appear, occasionally, in other parts of the house, on the furniture. To the white of the walls was juxtaposed the gray of the woods, the gold of the metal and the light and transparency of the great mirrored surfaces. 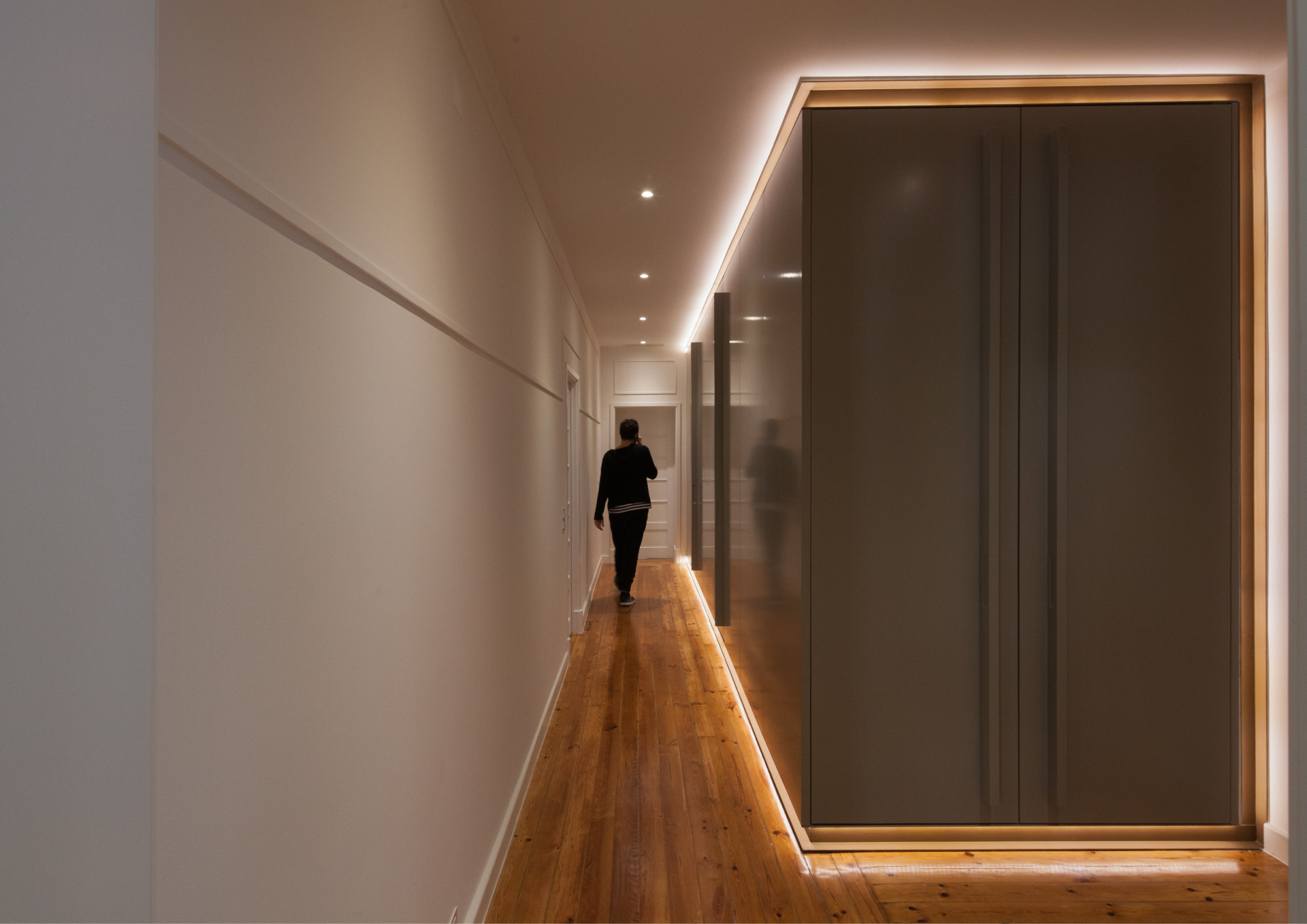 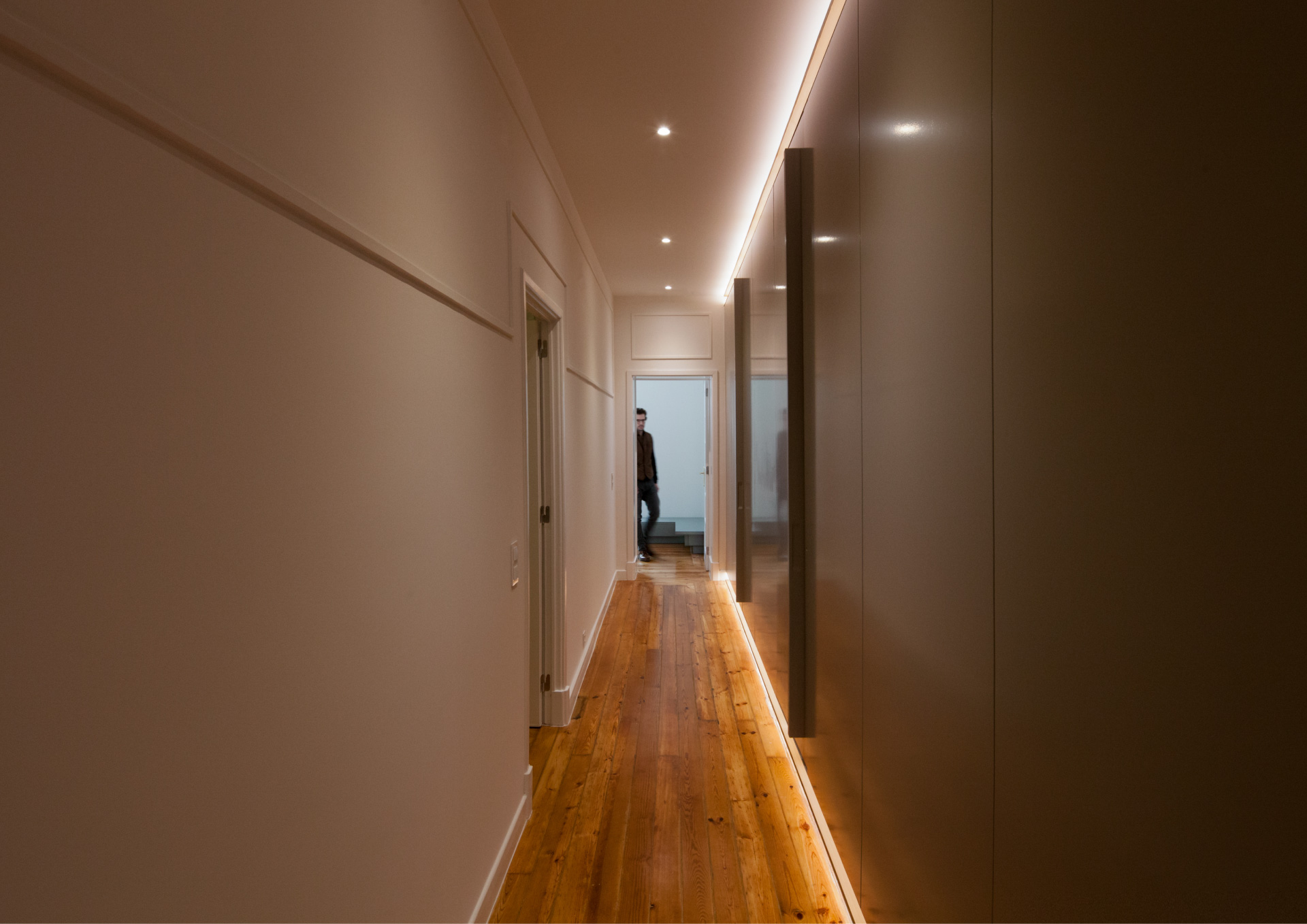 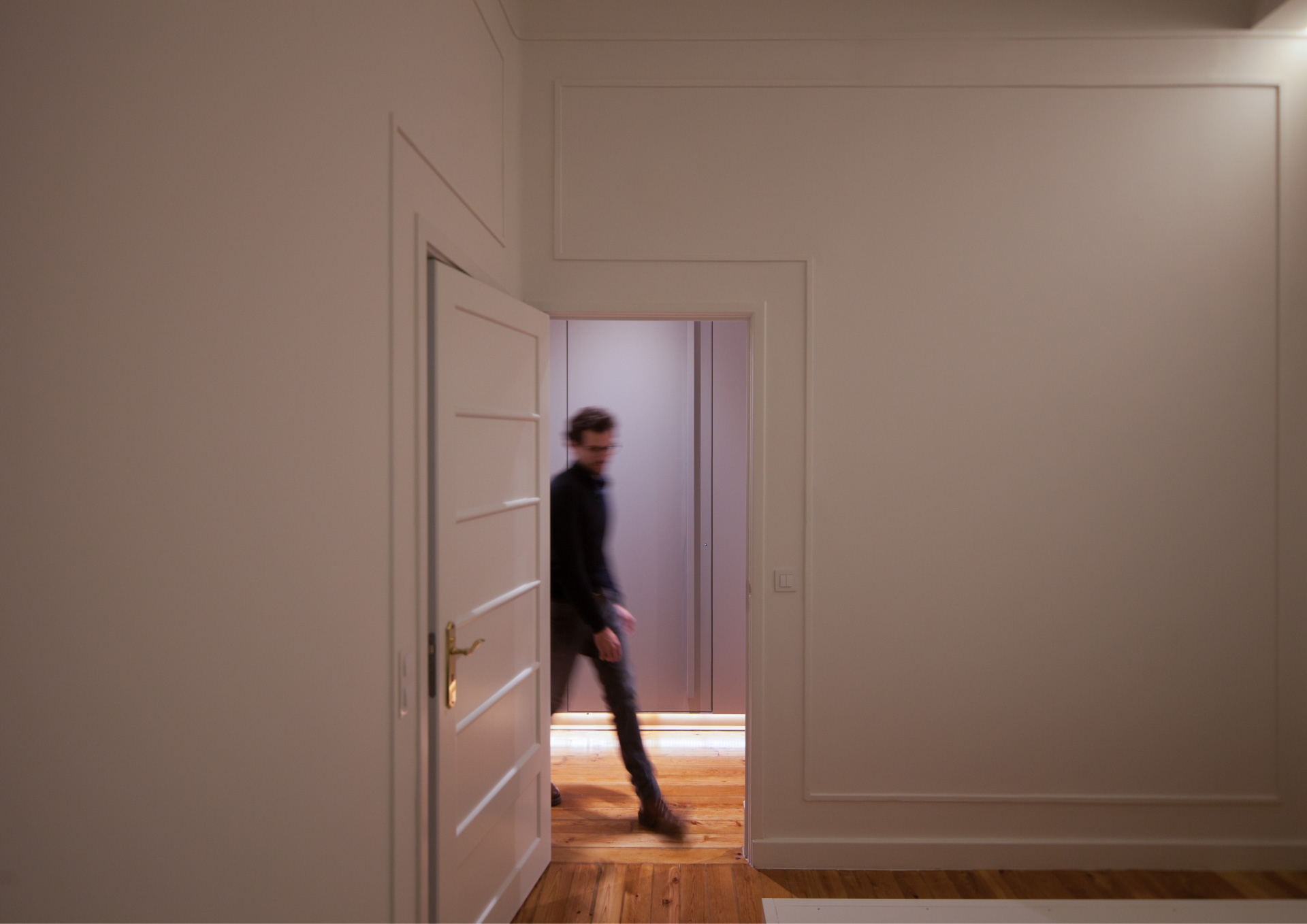 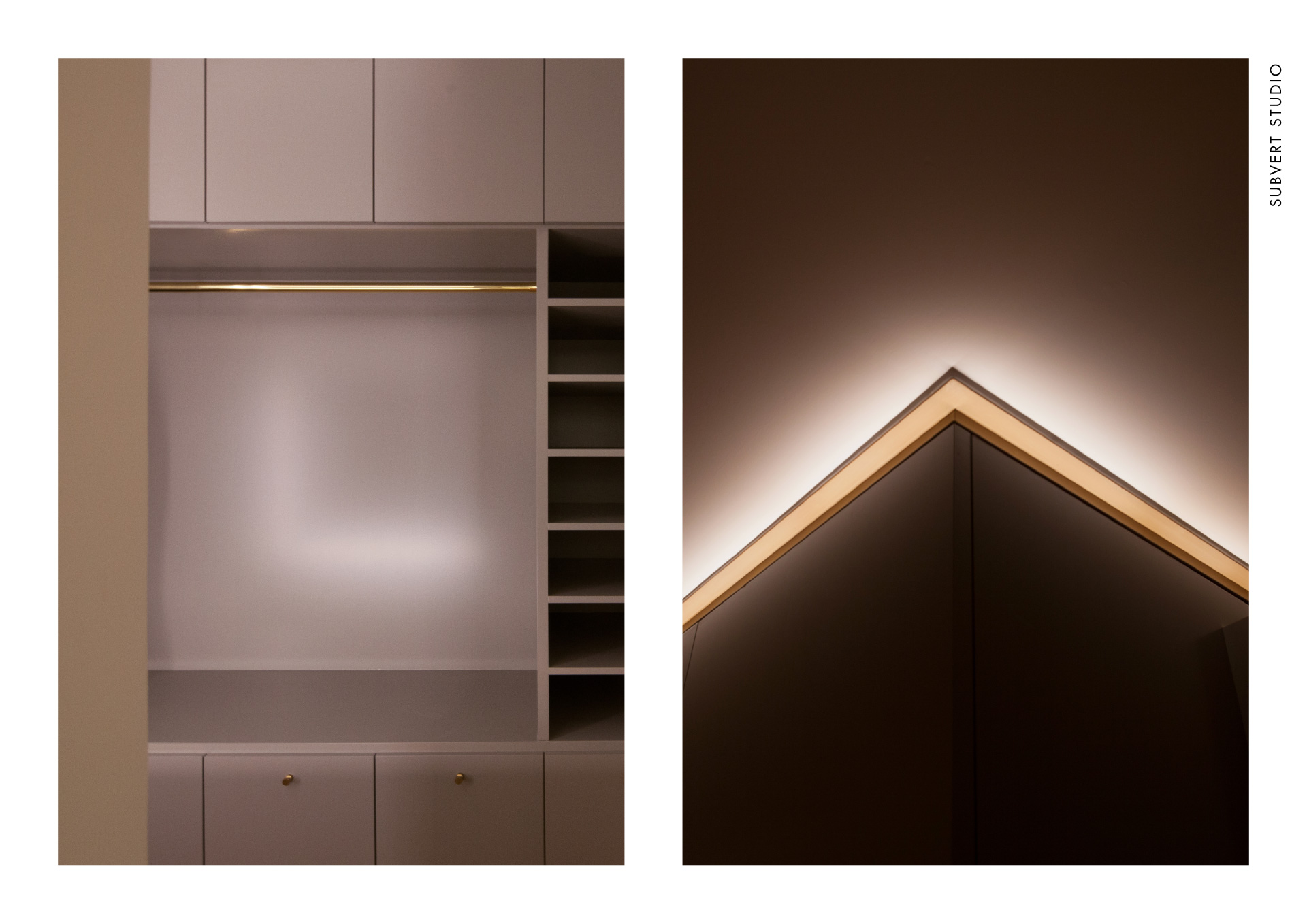 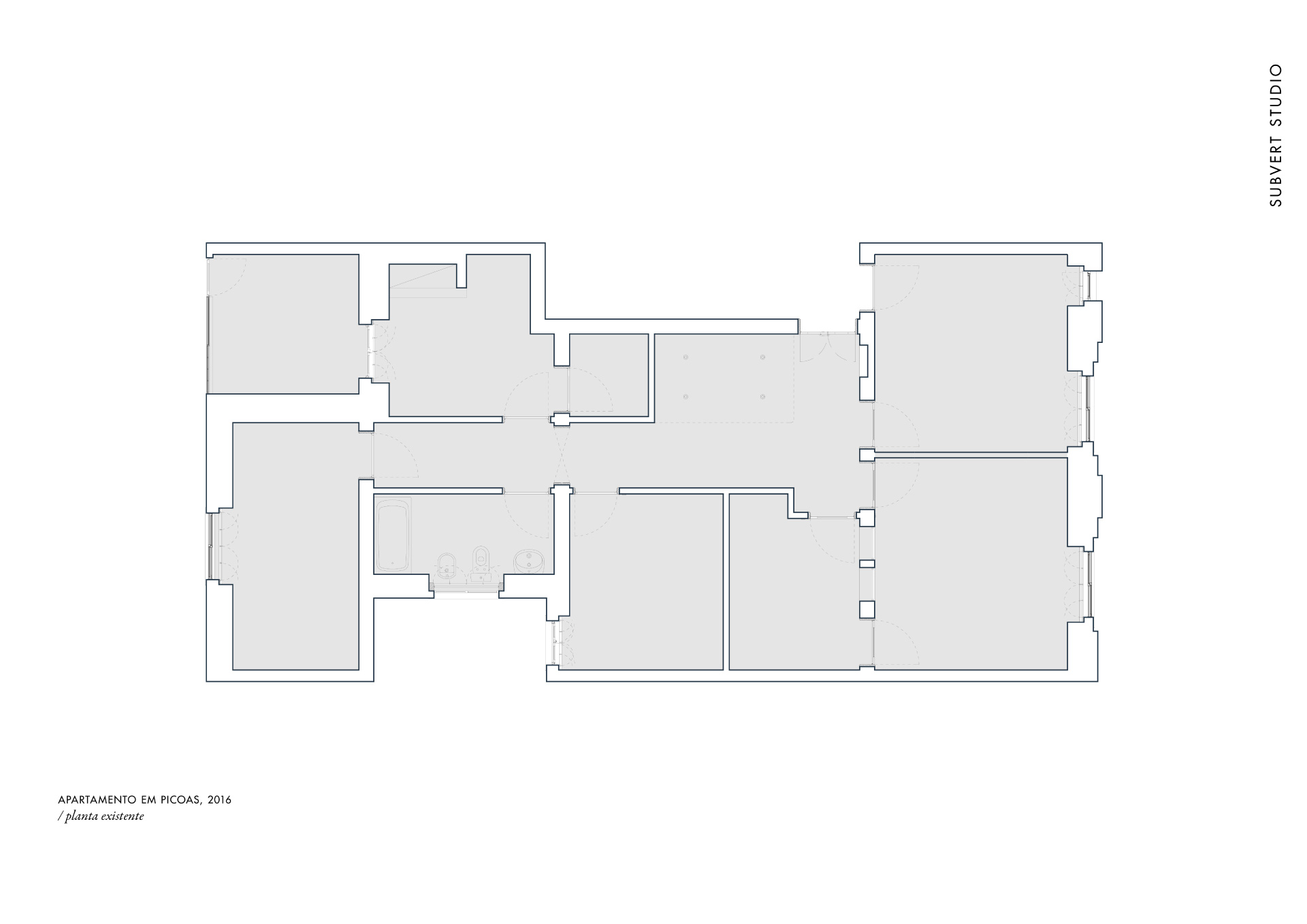 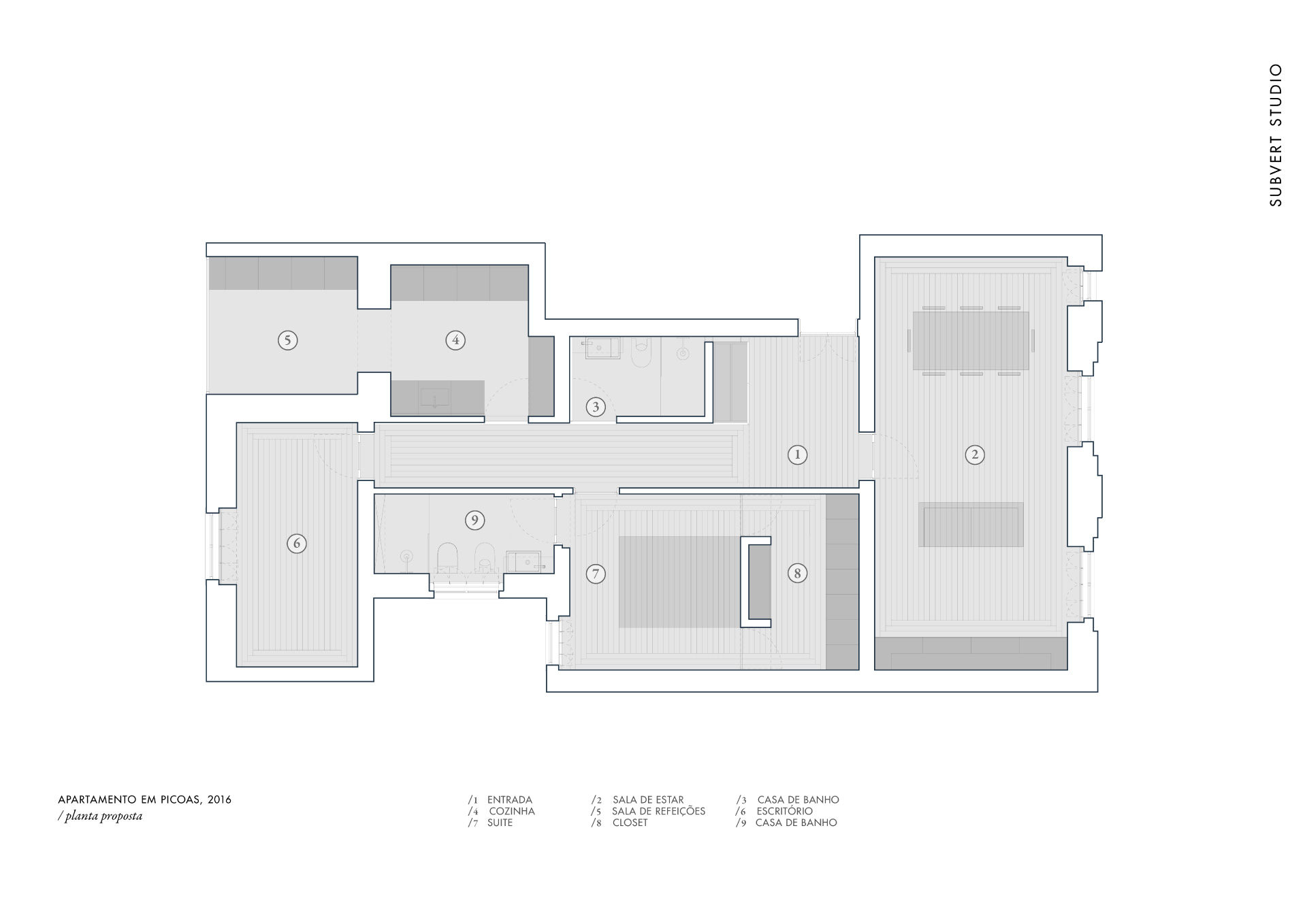