Pedras Salgadas Park suffered the natural desertion that affected most thermal parks. Following World War II, advances in medicine and tourists’ growing appetite for the beach, park visitor numbers fell and the now empty buildings slowly disintegrated with no prospect of a solution in sight. The intervention was geared to restoring the identity underlying Pedras Salgadas Park, one that sets it apart from other parks: its markedly romantic design, typical of the peak of thermal tourism.

This is precisely the proposal undertaken with the recuperation of the park: a voyage in time to a period of history that was profoundly marked by a style of life which we can only hope to access through media: films, photographs or books. This was a time when spa parks – and the generous nature surrounding them – were the last resort in terms of health and salubrity for the men and women of a society that was increasingly modern but lacking in means of diagnosis and therapy.

In the rehabilitation of the Pedras Salgadas Park the Snake Houses most undoubtedly bring to mind one’s childhood and its heritage of dreams. Who never wished to have a tree house, or never to grow old, like Peter Pan? The snake houses, built on piles and rejecting all right angles, emerge quietly from among the tree tops. The materials – slate and wood – that cover them enhance the desired effect of concealment.

The modern revisiting of this idea of a tree house grants unusual originality to their setting. The round, front window, framing a view over the surrounding trees, and the skylight, offering a segment of the sky, articulate in exemplary fashion the idea of the human condition, between heaven and earth.

Consisting of a bedroom and sitting room, bathroom and kitchen, they are surprisingly roomier than they appear from the outside. Just like the snakes whose name they have borrowed.

In this project developed with architect Luís Rebelo de Andrade, we tried to bring a new life to the thermal tourism of this Park that was forgotten, whose history needed to be restored. 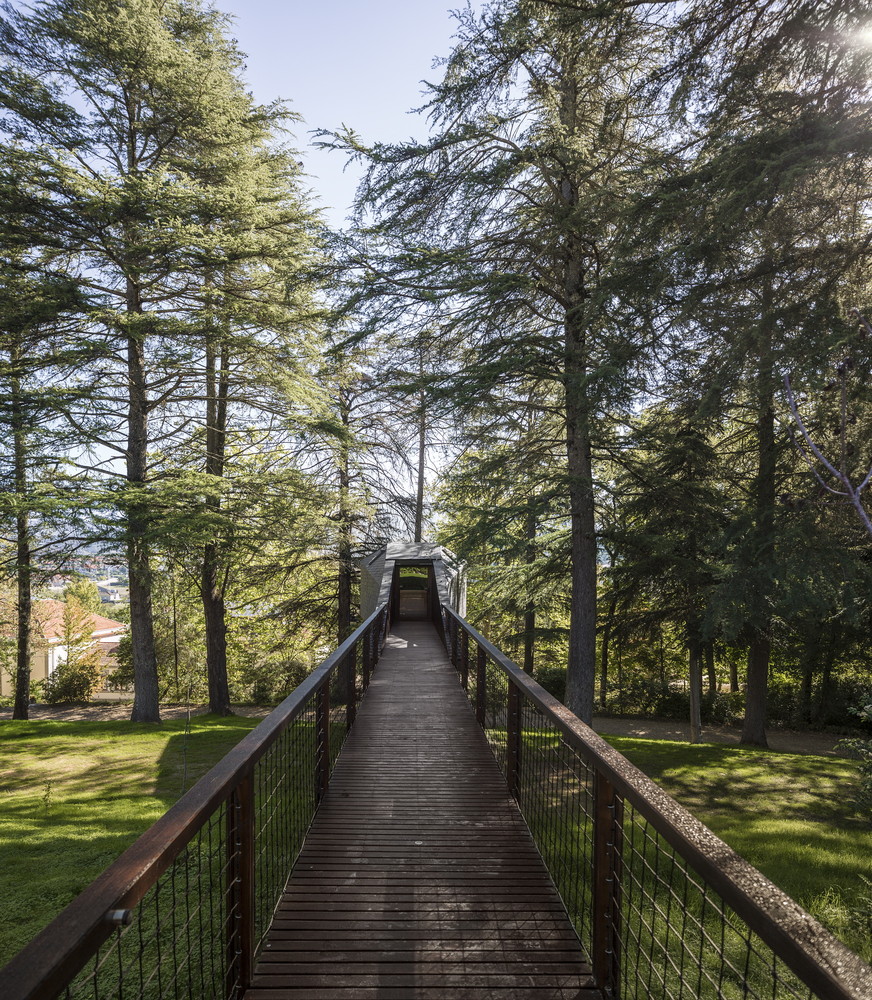 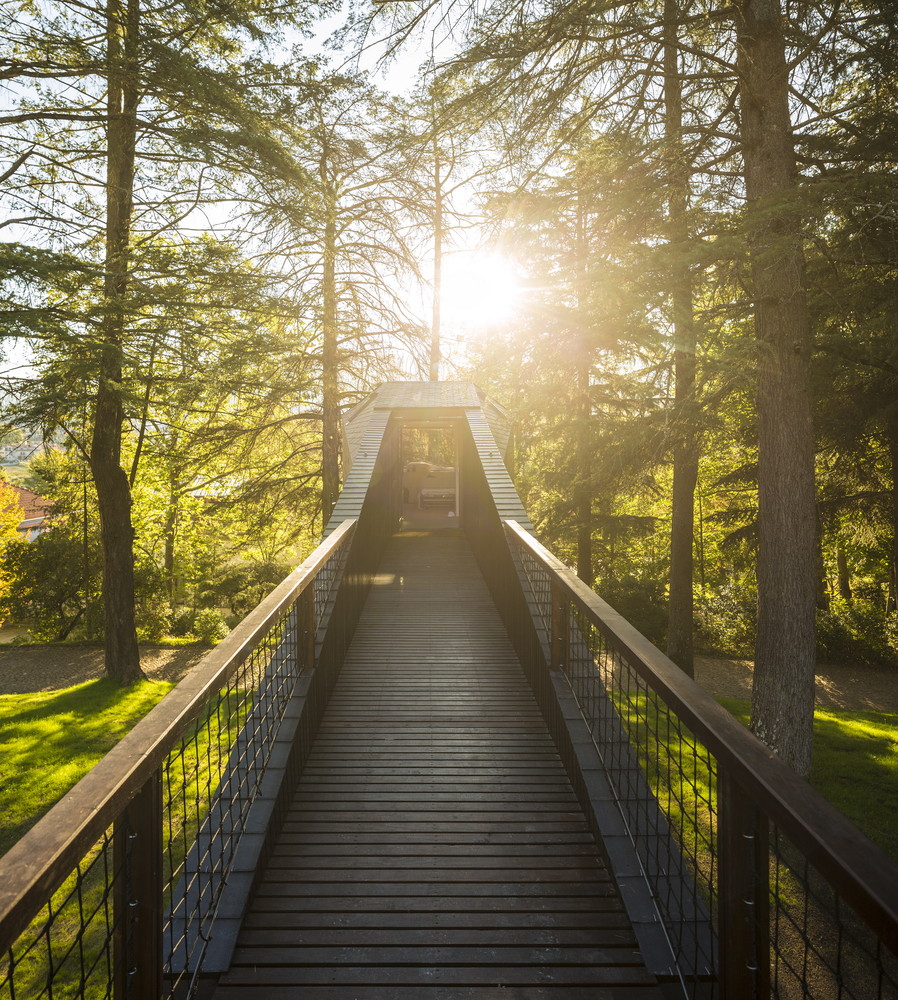 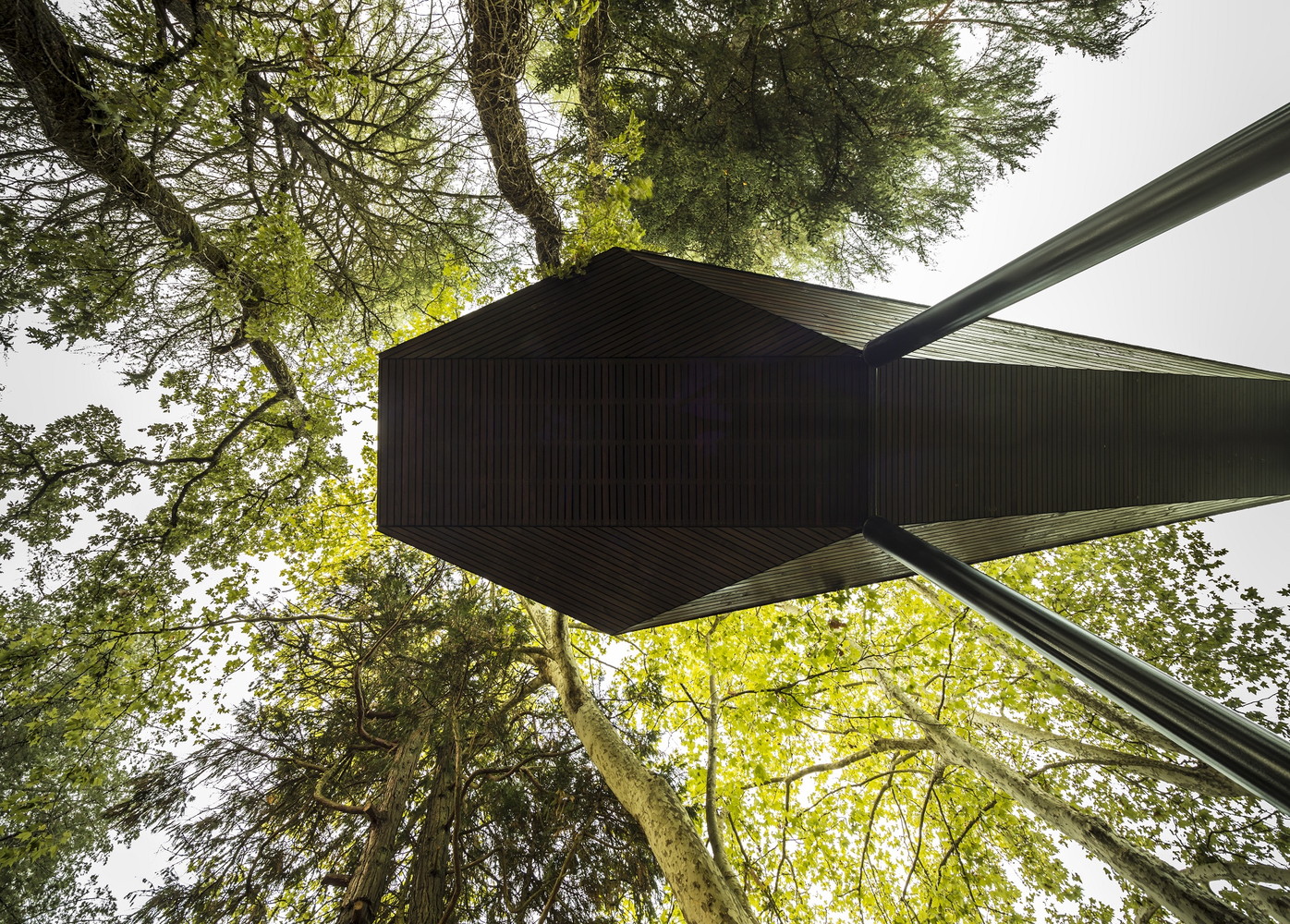 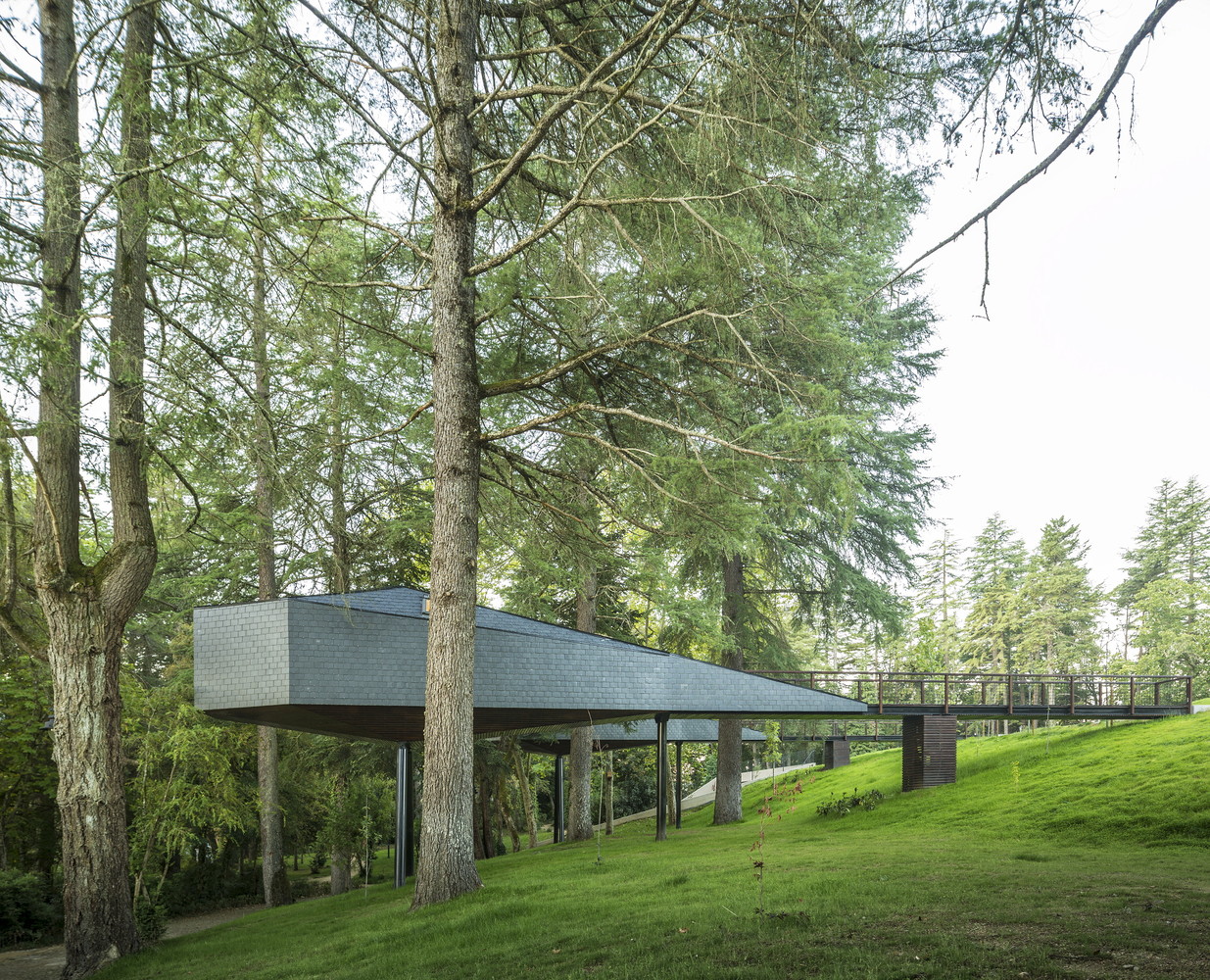 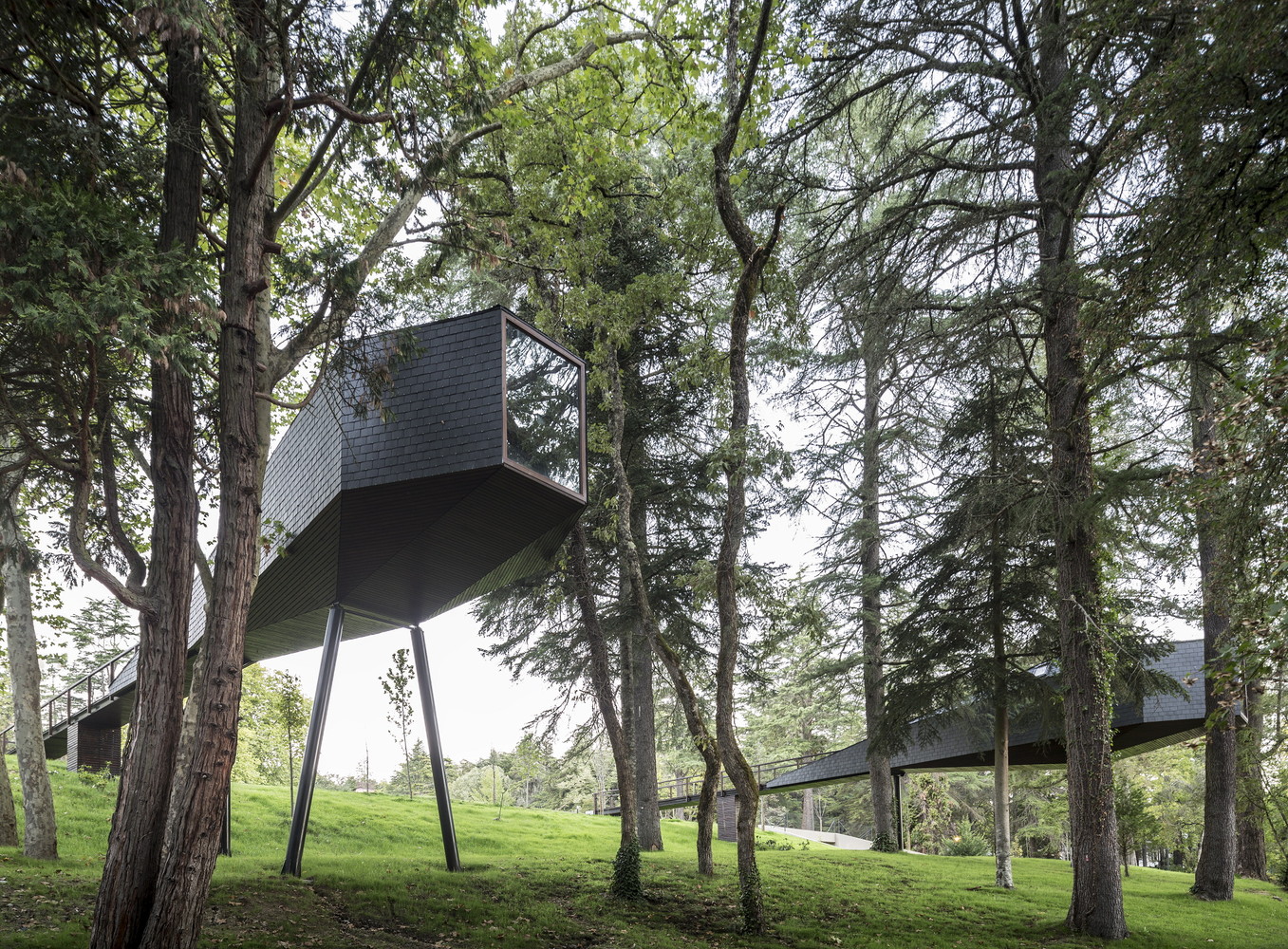 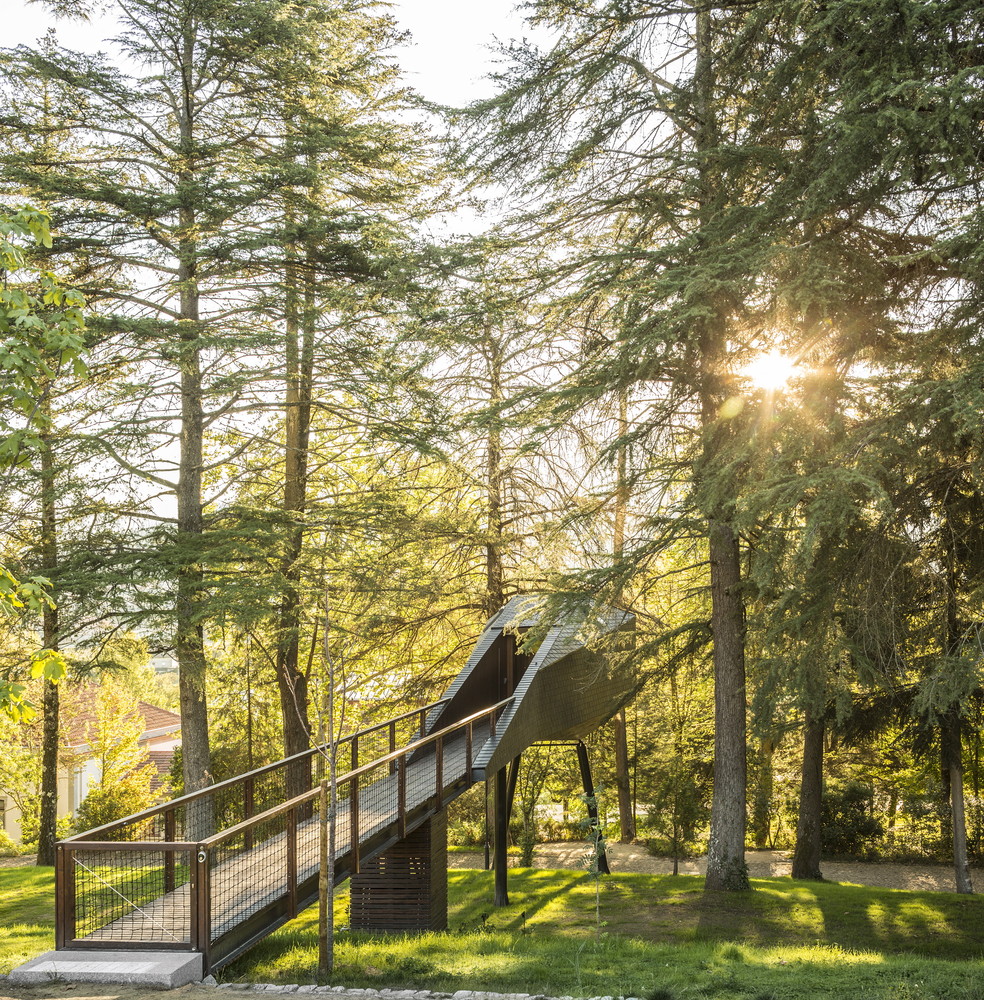 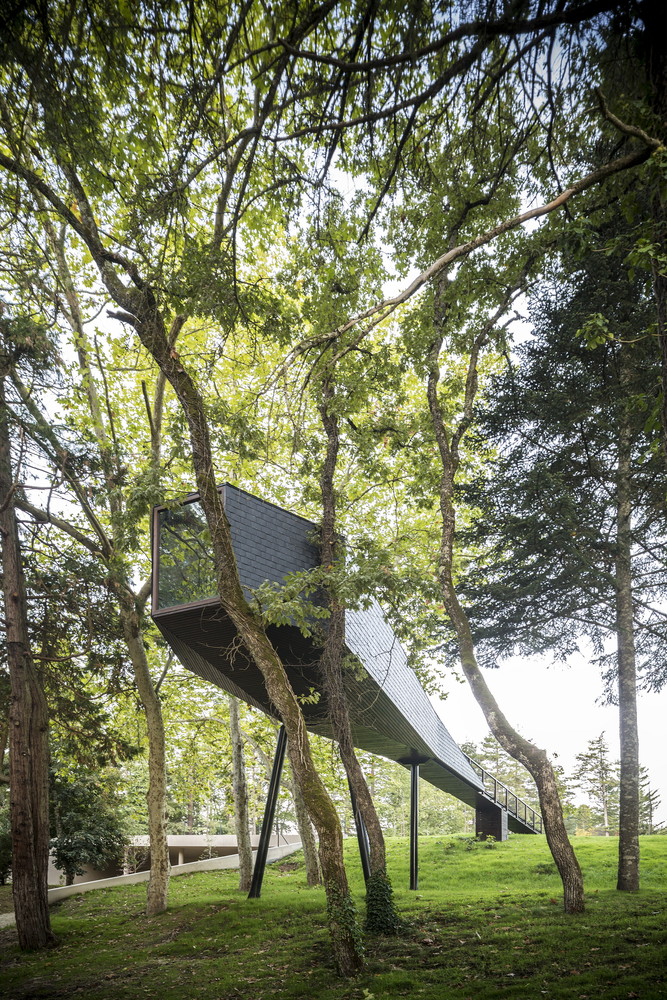 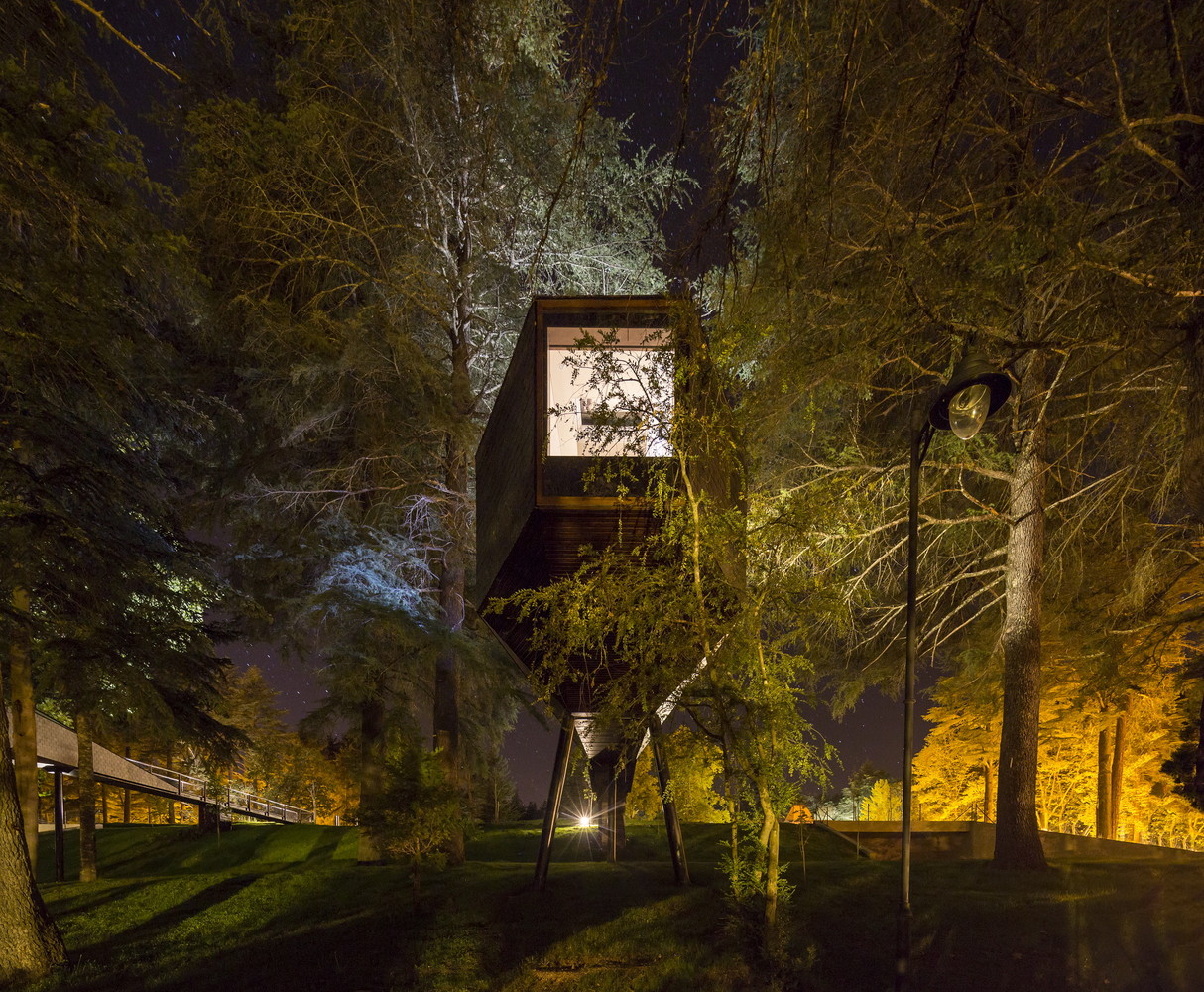 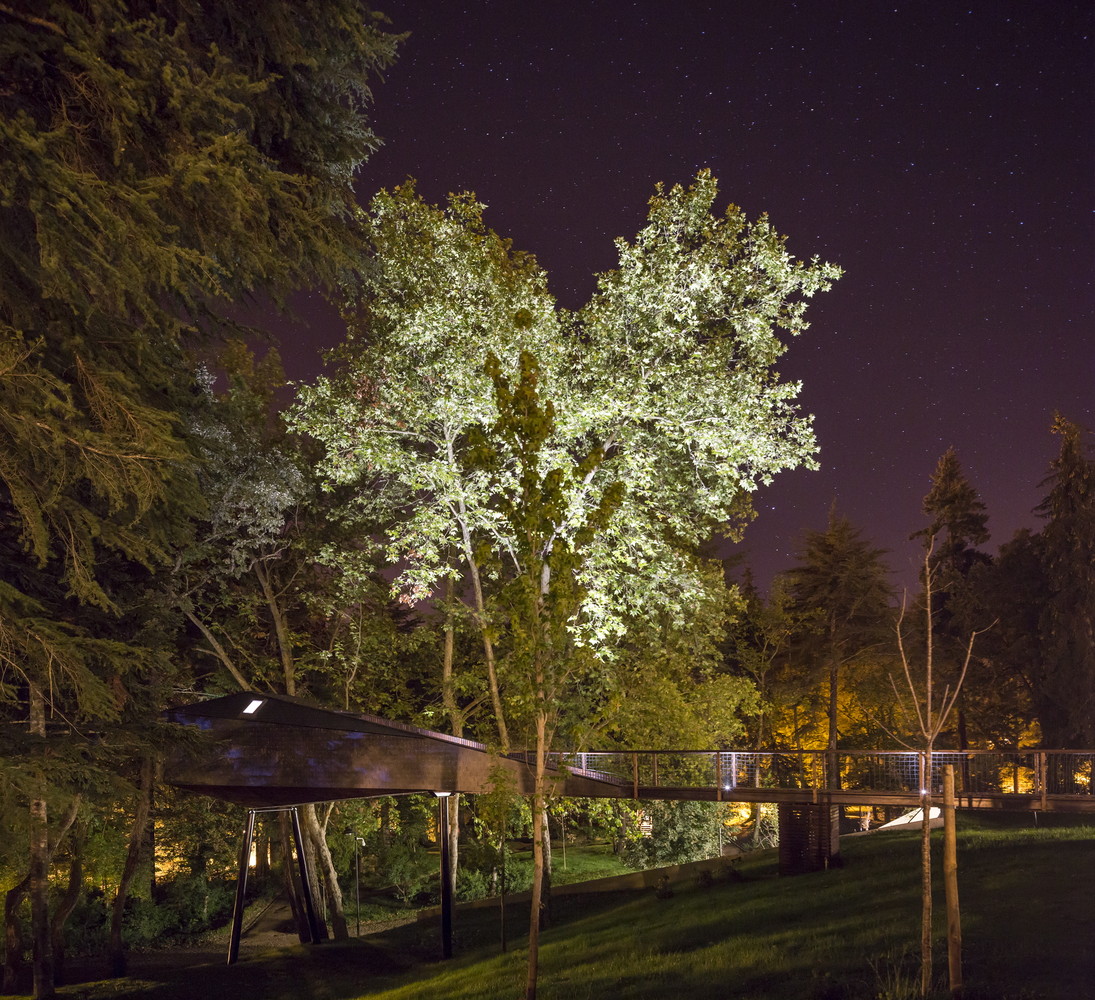 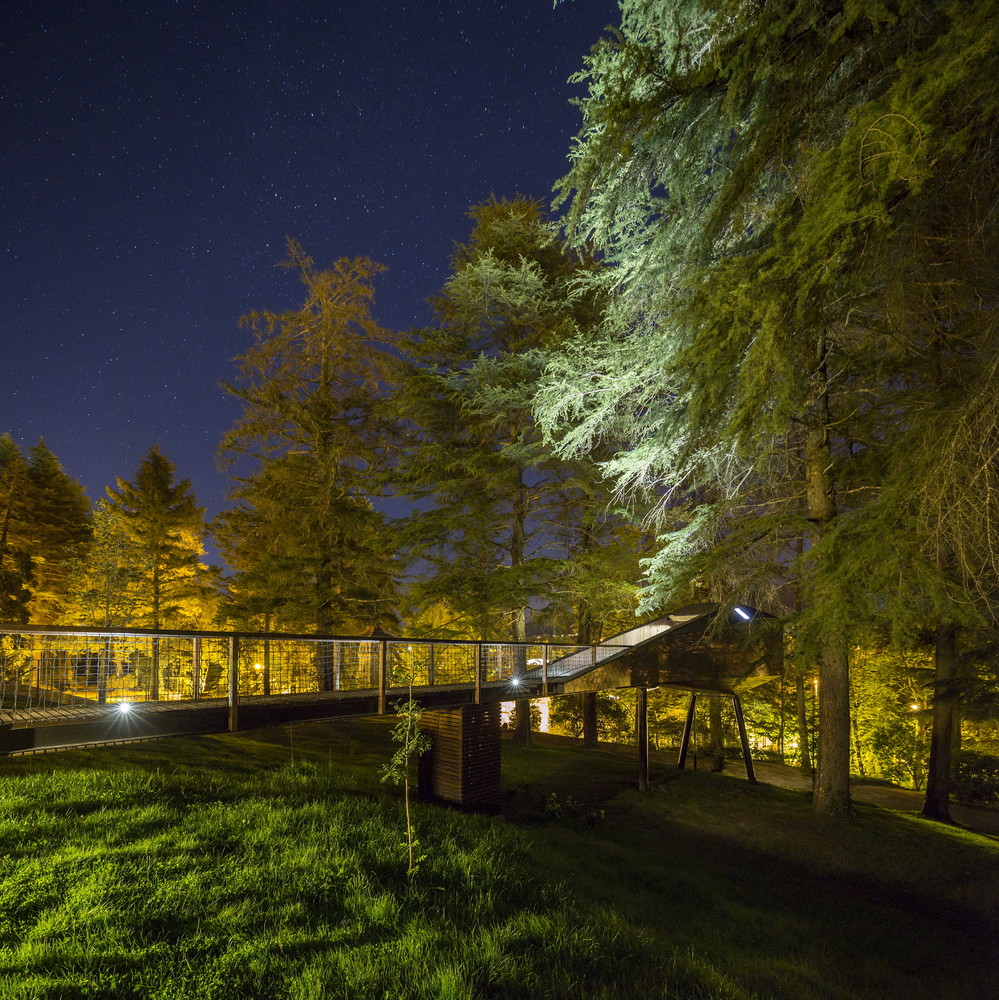 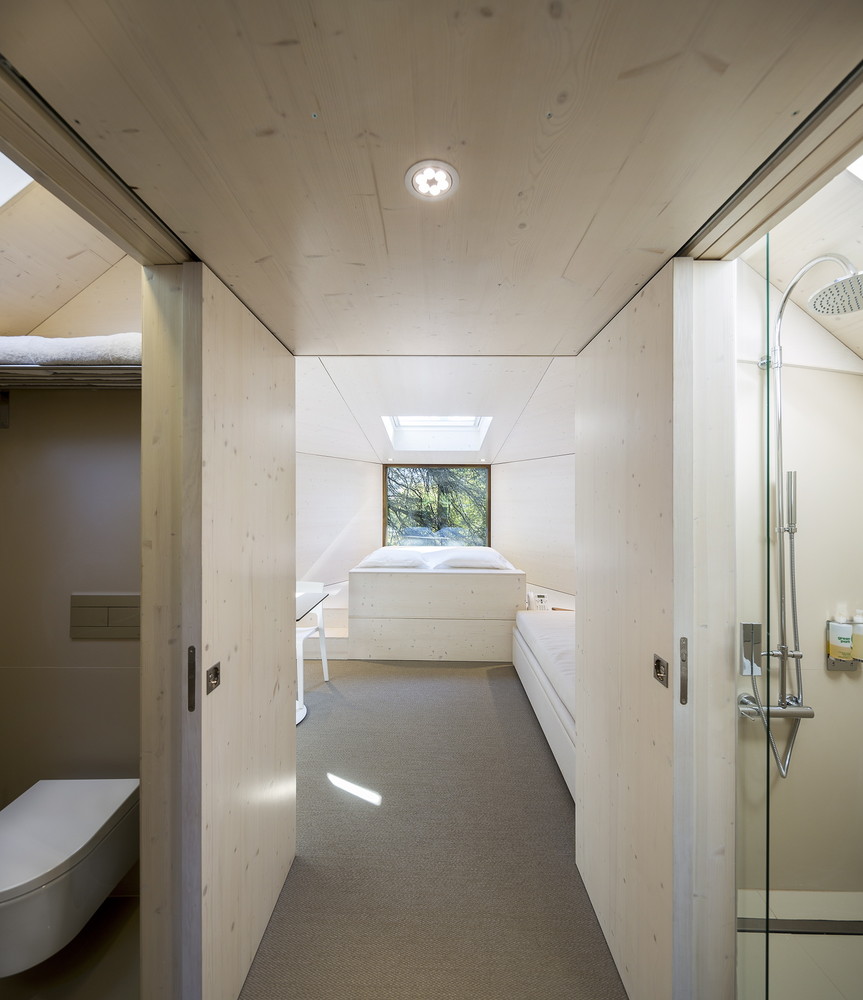 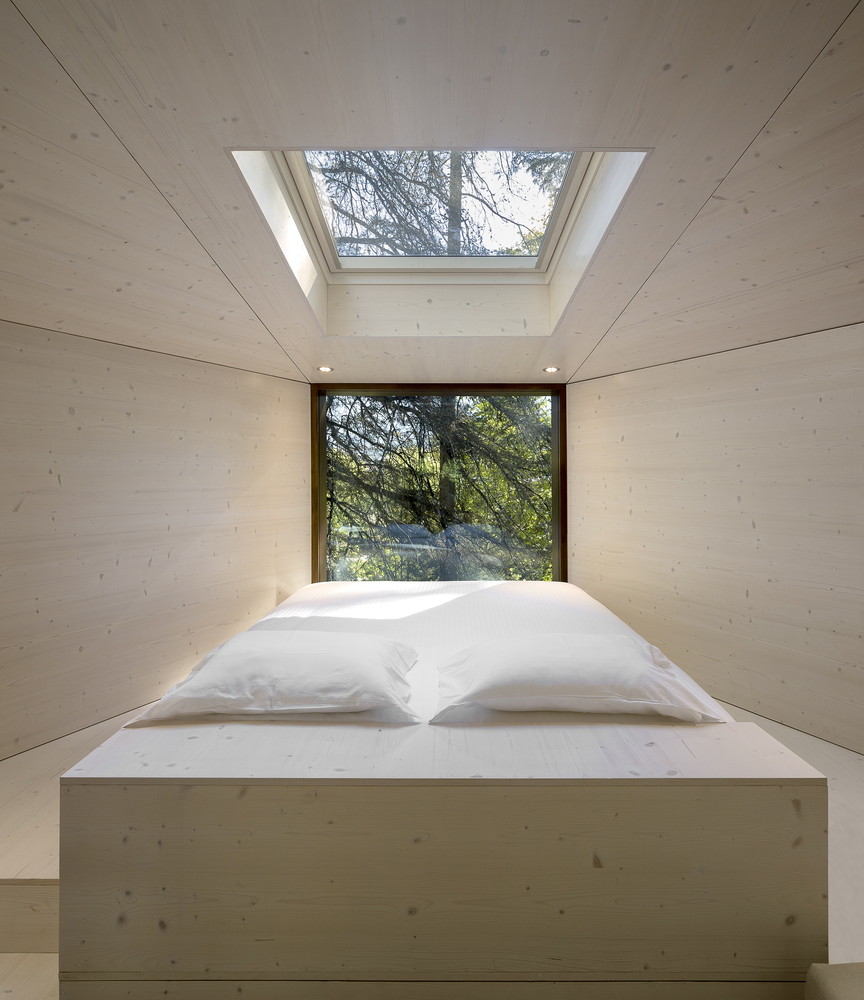 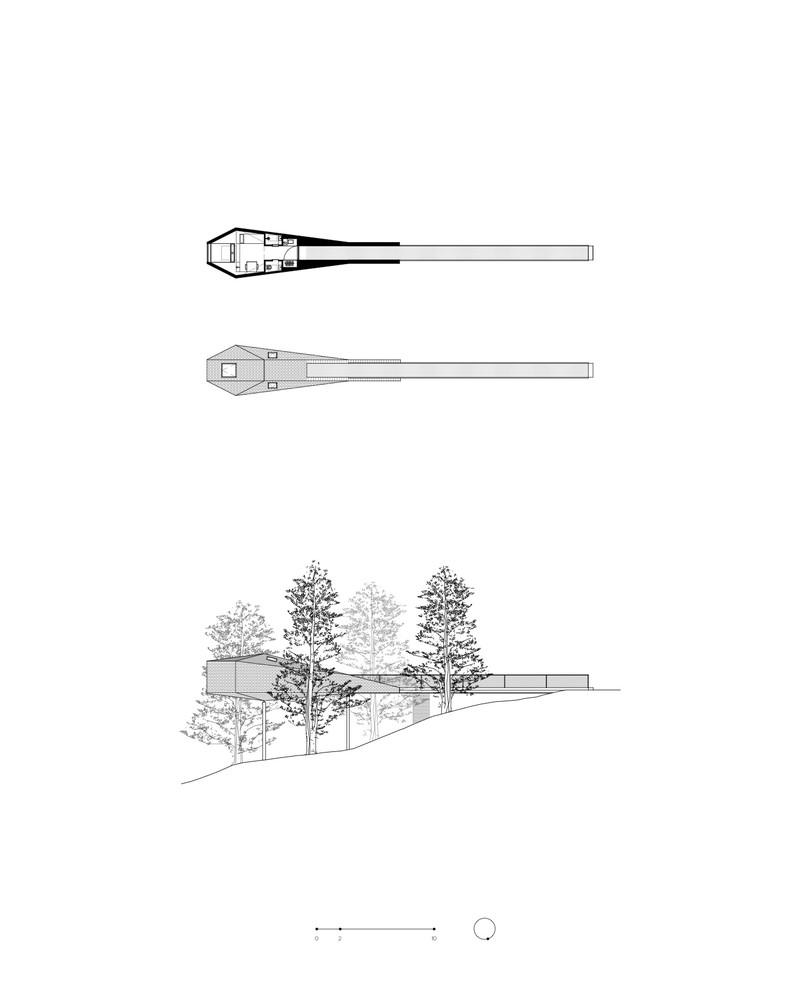