The location and morphology of the terrain allow a unique system of views: Guincho sea on the west and northwest side and Serra de Sintra on the north side. The terrain has a moderate slope, where we can feel the characteristic winds of the area. Casa na Areia appears as a synthesis of desires: a house that protects itself from the winds and where one can enjoy the surrounding landscape. Casa na Areia, in dialogue with the site, is a built landscape, and its implantation and access are fundamental.

The implantation of the house seeks a distance from the main road, to guarantee an introspection that the site itself suggests. Casa na Areia appears in the middle of walls that seem to have been there forever, this line being the one that delimits the house. A line that contains the intimate space of the house, as opposed to the open exterior space that the walls also draw.

The access to Casa na Areia is done at two points: one on the North side, which draws a performative entrance and allows to see the whole house and its relationship with the outside space; another on the Northwest side, which connects directly to the parking lot and draws a less exposed entrance. The arrival is made through a curved and covered outdoor path. Here one of the three patios of the house is designed: it is a patio that allows different environments - to the most intimate, of the house; for the next patio, the round one, which connects common spaces; and serves as an extension of the room for cocktails or other events.

On the ground floor are located the common and private areas of the house, with the staircase hall being the hinge that separates the daytime and nighttime zones. On the lower floor are the secondary areas of the house: covered parking, wine cellar, storage, closet, and laundry. To ensure the healthiness of the basement, there is a patio that goes down to this floor, ensuring the entry of light.

In addition to the walls that design the house, the property is also walled in its perimeter. The solution is to model the terrain and create slopes planted with native species. The walls of the house in sand-colored aerial lime plaster, the exterior space inspired by Cresmina, and the garden roofs, are the visible parts of the Casa na Areia. It is the shelter of its inhabitants who live on the landscape and its surroundings. 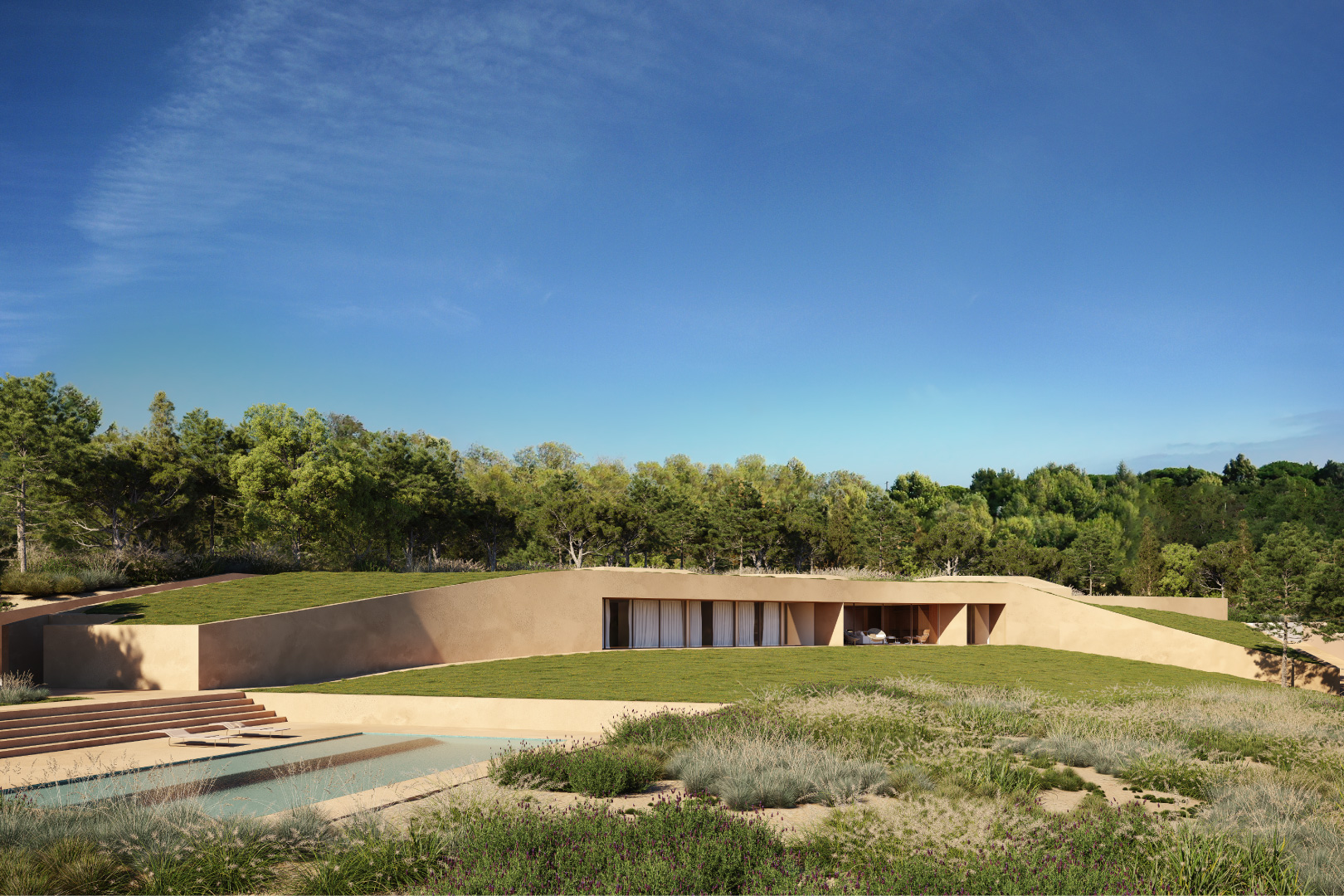 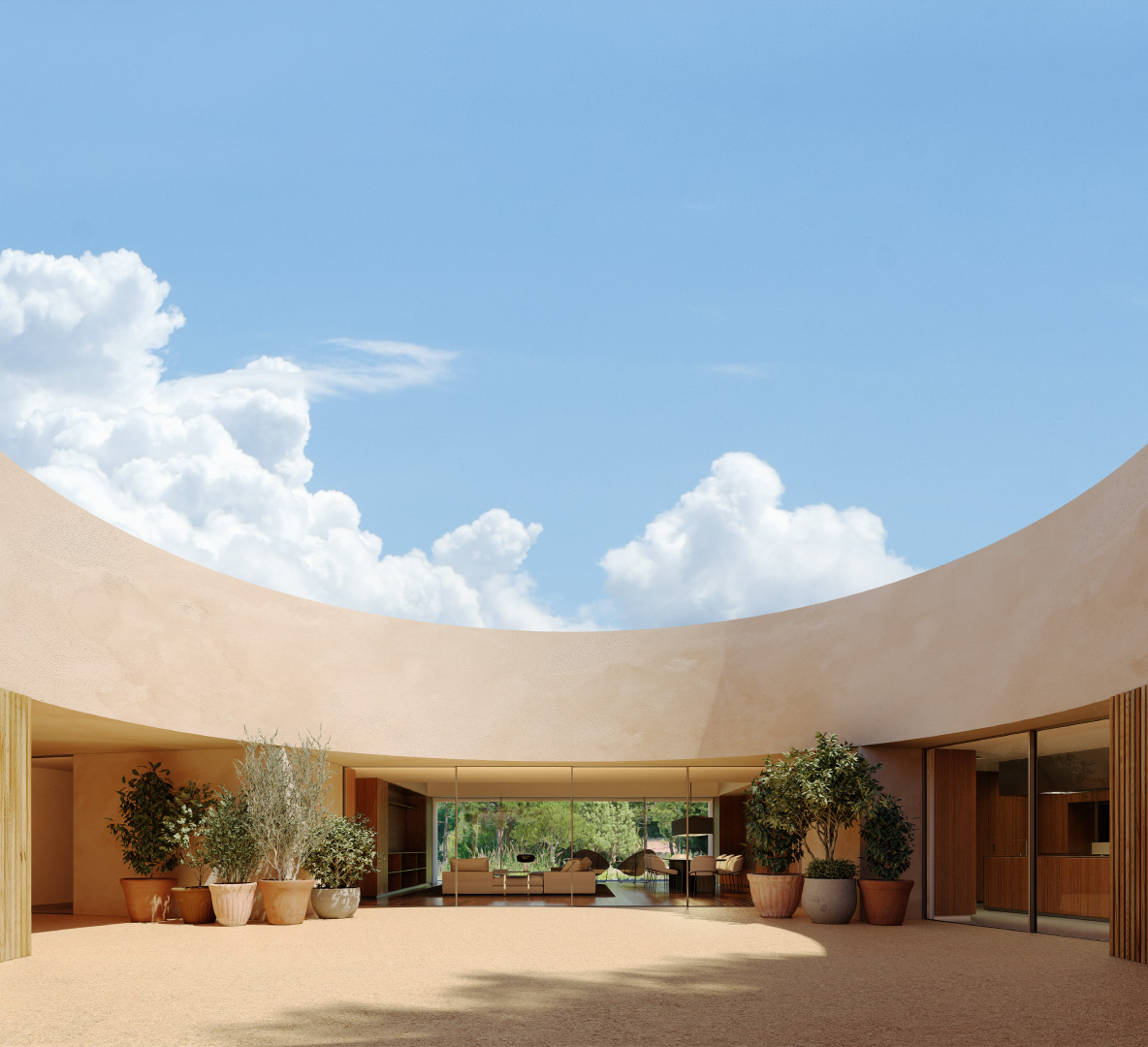 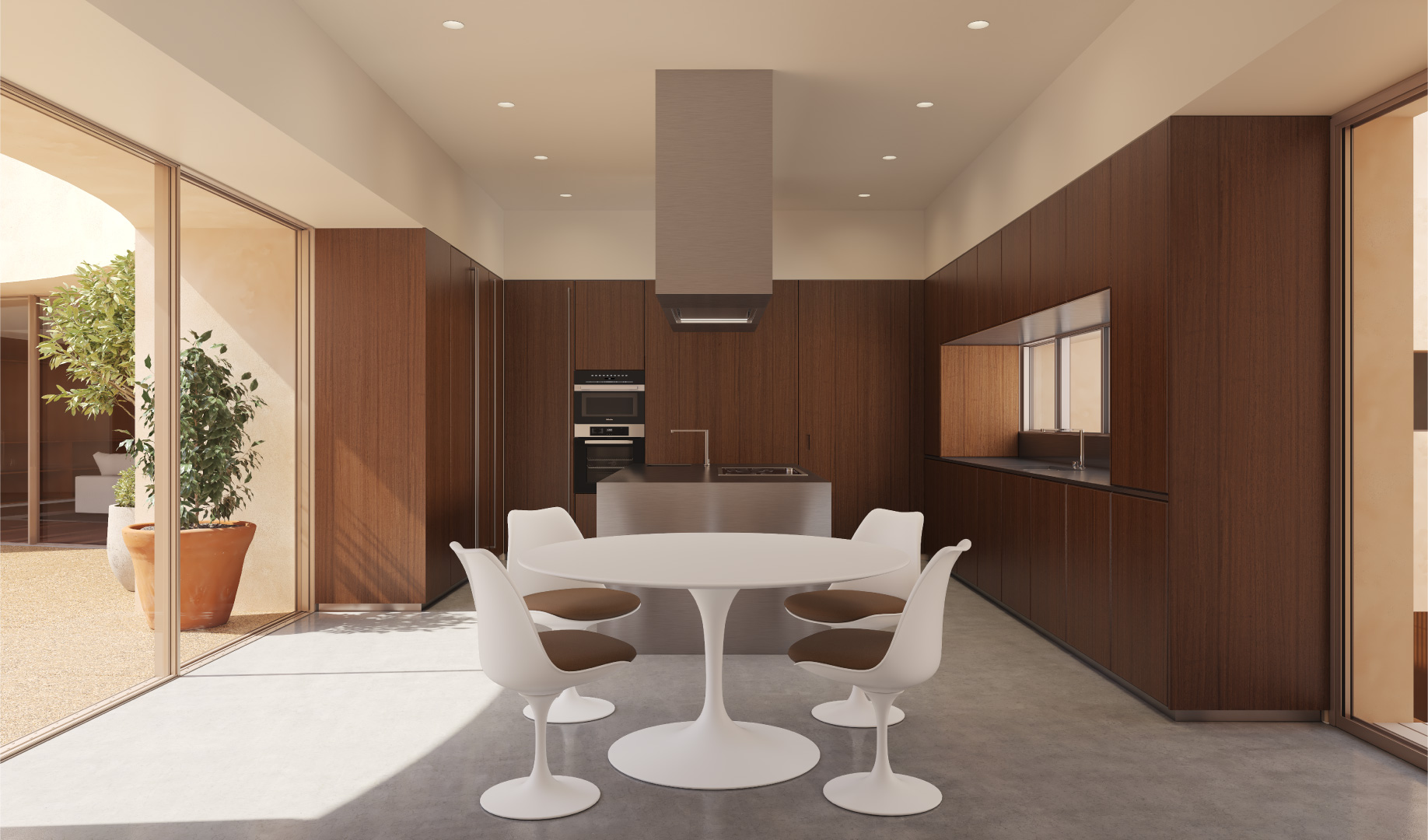 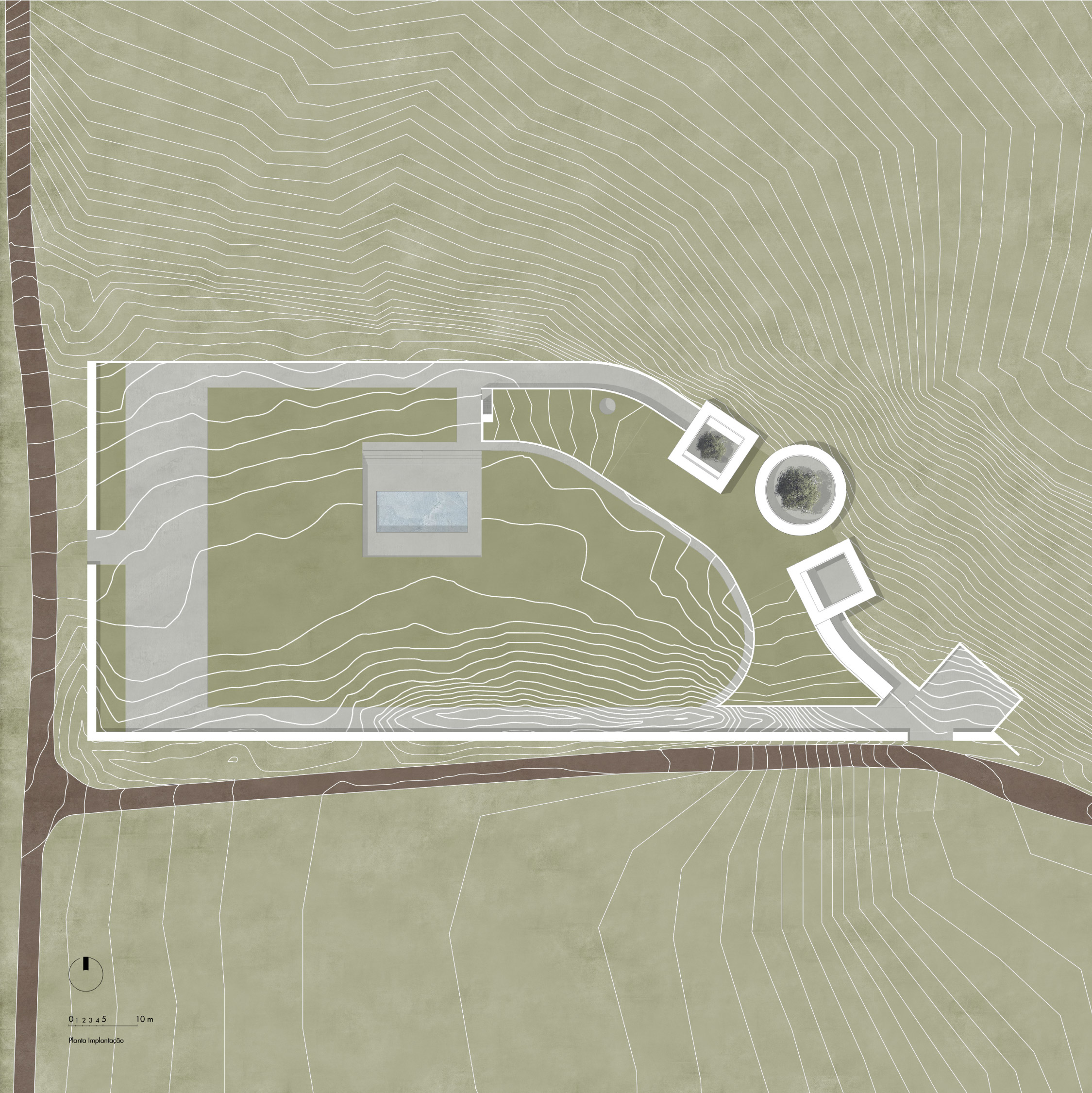 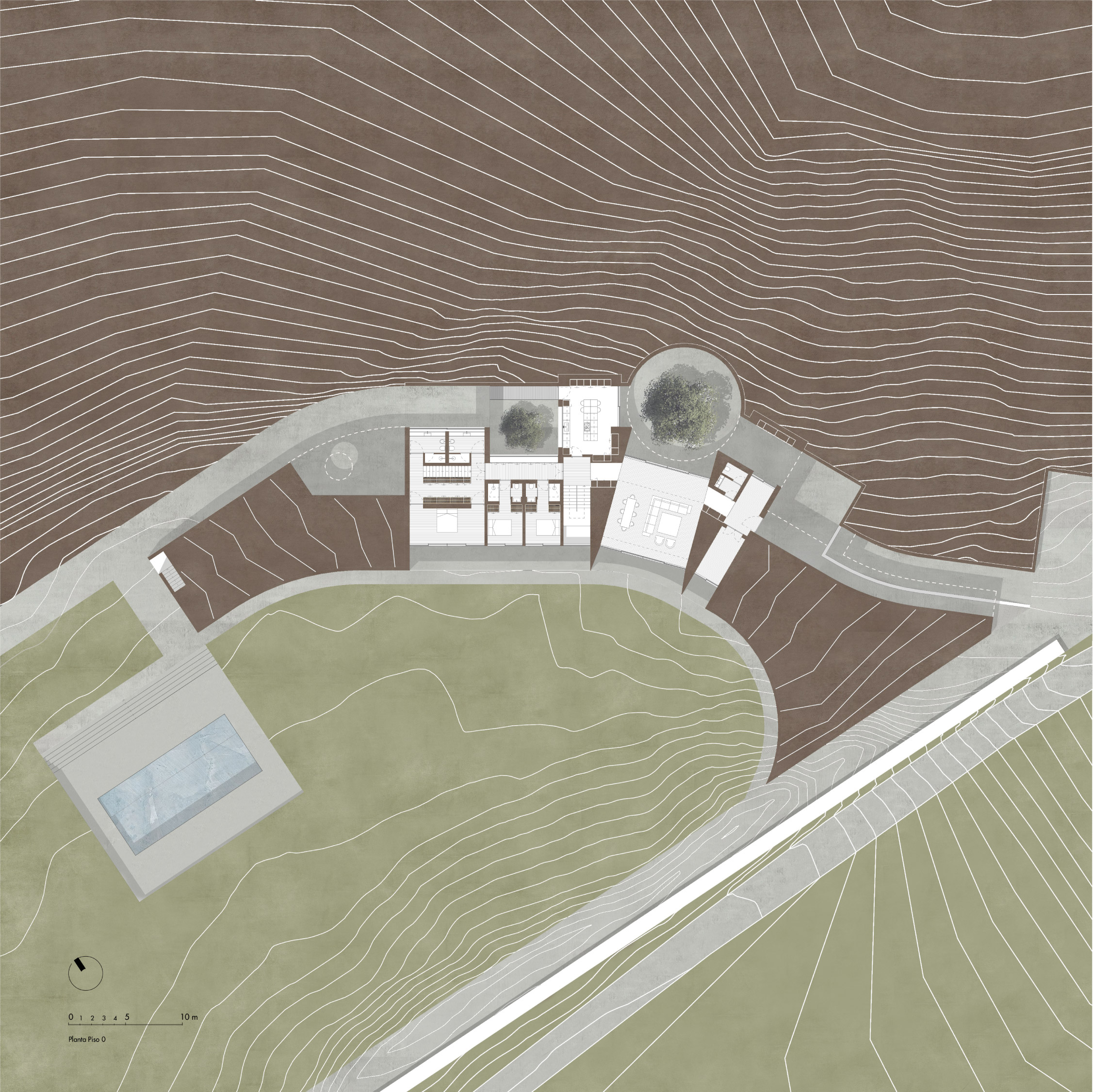 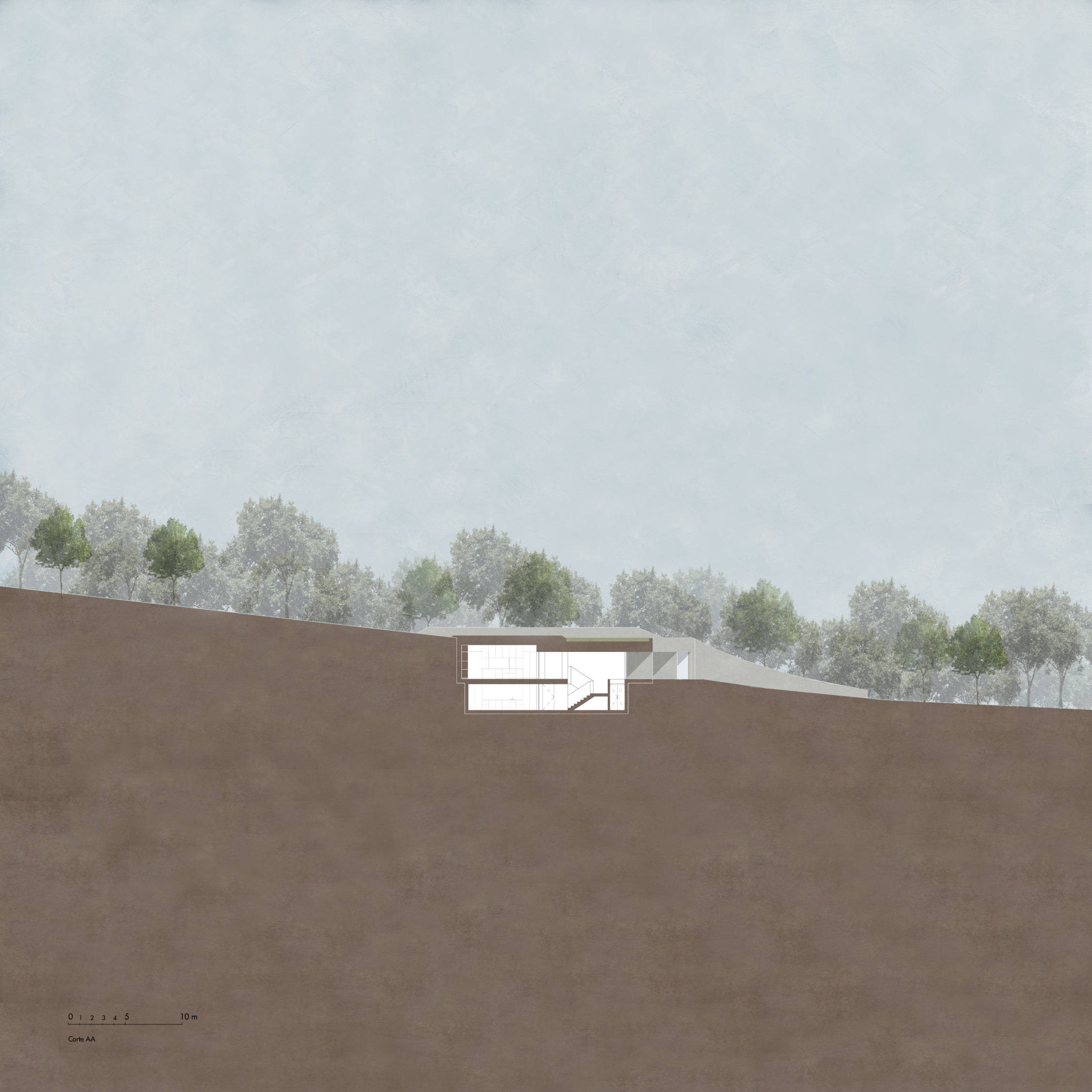 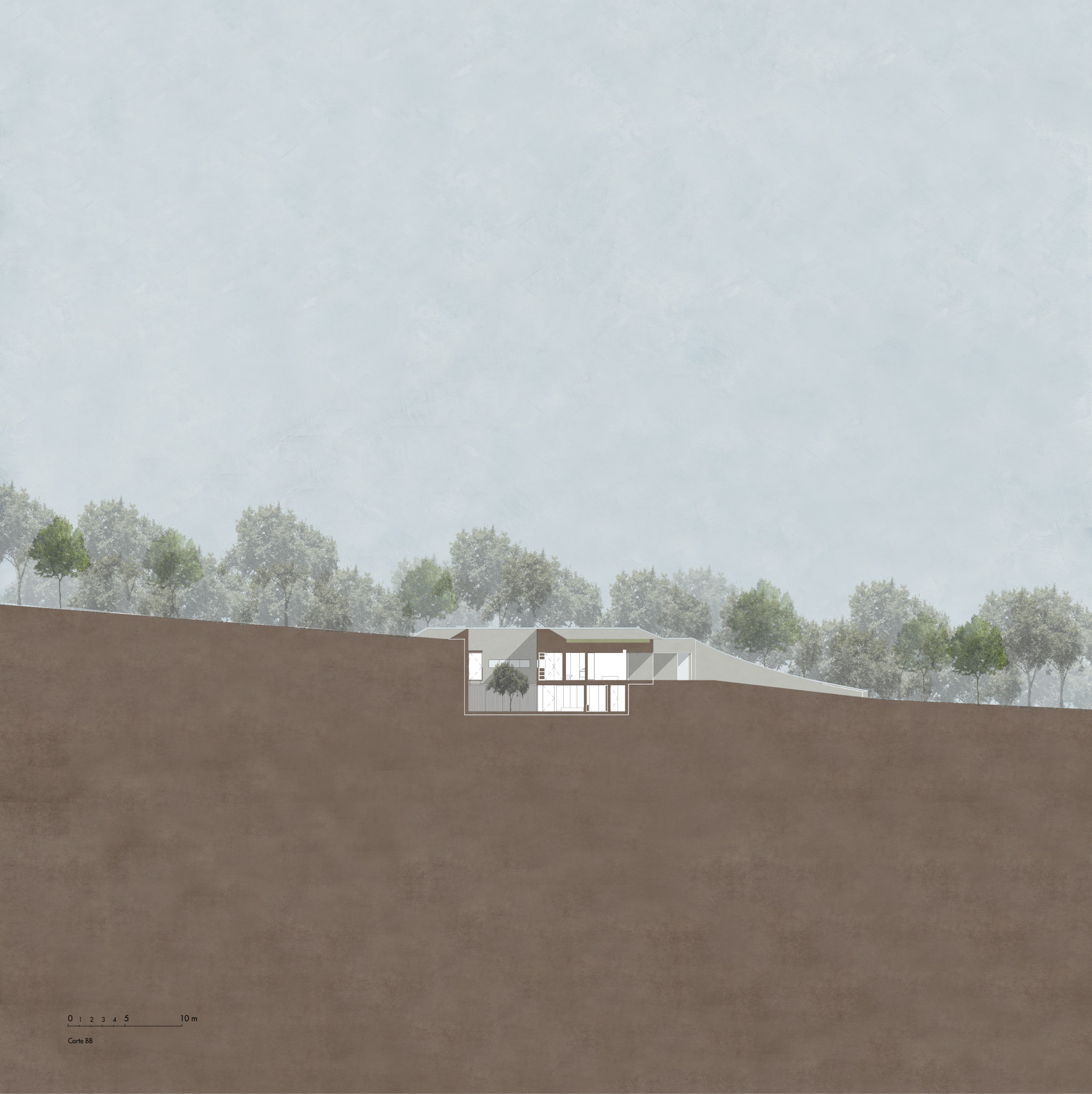 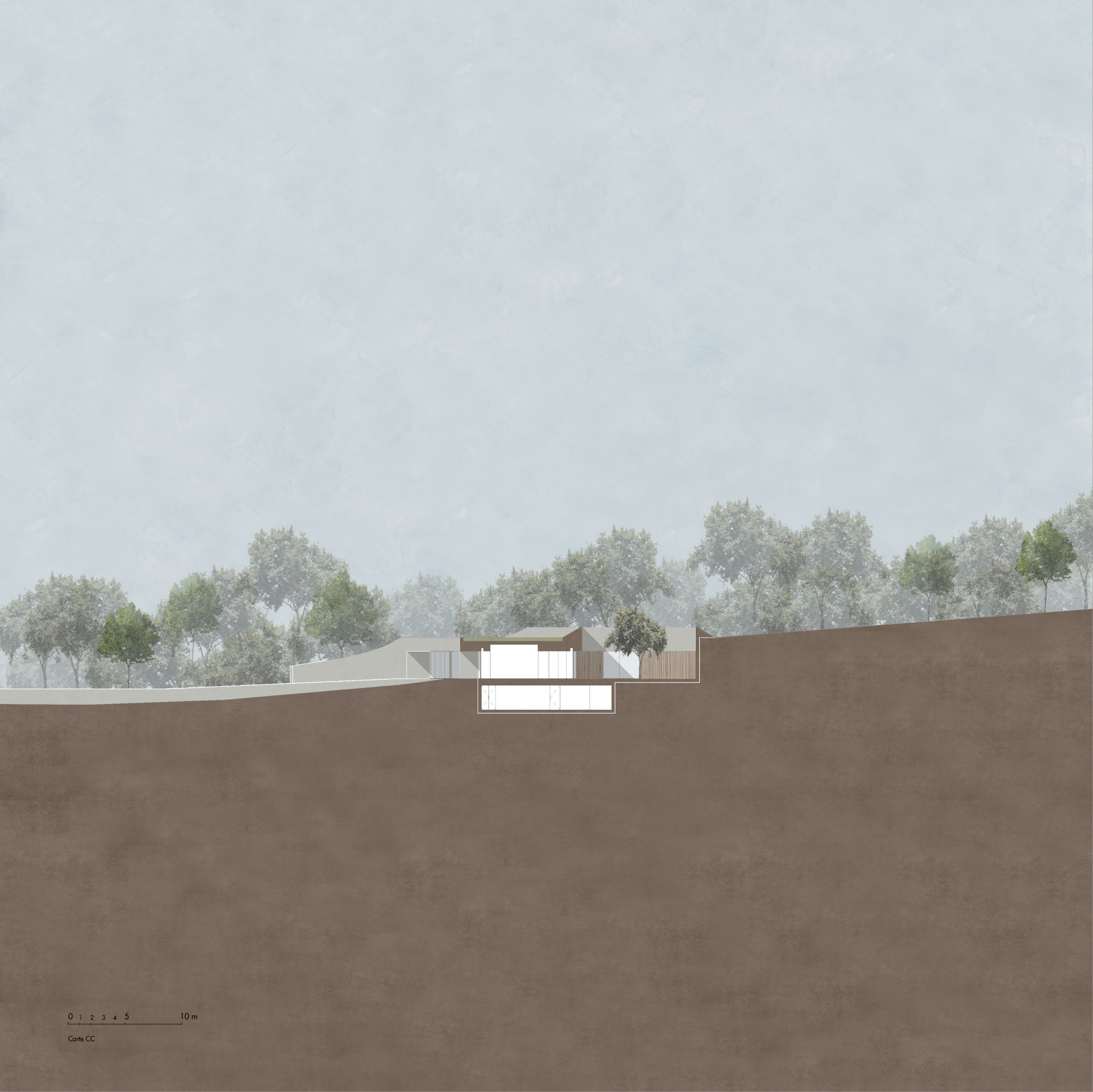