Gonçalo Leite de Campos & Associados is a new law firm founded in 2014 specialized in tax law and is located in the center of Lisbon. We created the complete identity - graphic and architectural - of the law firm that was being formed, with the main objective of reinterpreting the traditional concept of a law office and its practice.

The architectural project assumes the requalification of the pre-existing space as a reflection and complement of the graphic identity created in parallel. The space is a complementarity between a sobriety of the structuring lines and a punctual contemporary dynamism. With a total area of 160m2, it was intended to rationalize the work areas, reduce the circulation areas, for a more dynamic communication and flow of paths.

The project has a central nucleus that is configured as the moment of arrival and reception from the outside and simultaneously communicates - physical and visual - with the remaining spaces: offices, meeting rooms, services and archives. This nucleus was worked to accentuate the verticality of the space itself and, even without direct lighting from the outside, it creates a set of plans, mirrors and artificially illuminated surfaces, which reflects the light from the outside. The division between the different spaces is made through a vertical wooden structure lacquered in black, which creates the separation between spaces, as well as spaces for sitting or filing. The rest of the spaces communicate with this central space organically, through openings and closures to create greater privacy or greater exposure.

The black, like in the graphic image, is the starting point for all spaces. We bet on a solution that allows greater intimacy to the entire space.

Mirrored surfaces, on the other hand, create moments of perspective distortion, emphasizing certain aspects of the experience and the configuration of space.

The solution for the office is based on the interpretation of the structural lines of the space itself, adding, through the color and materials, a very strong geometry of the space, which allows different readings and perceptions of the same space. 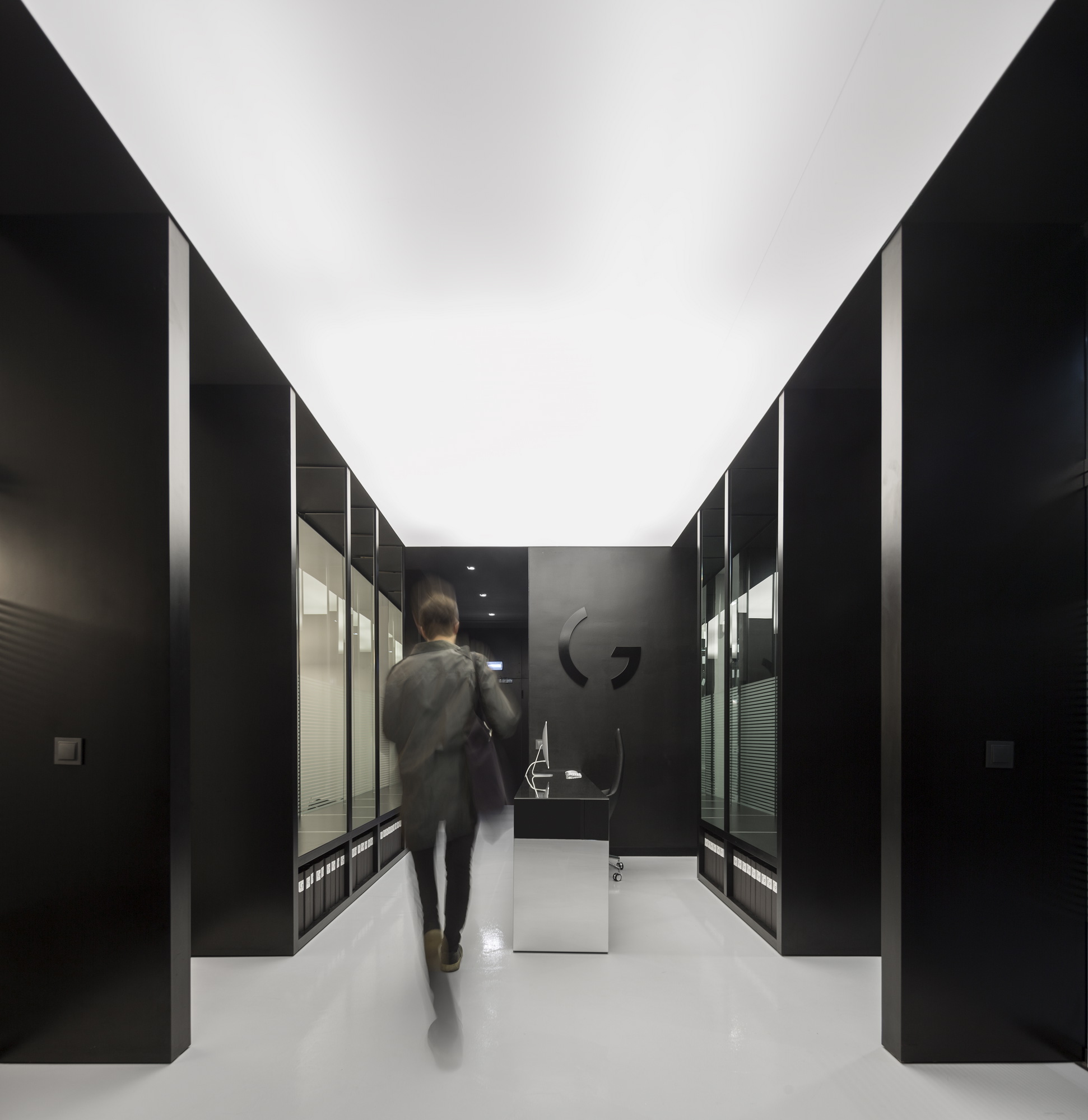 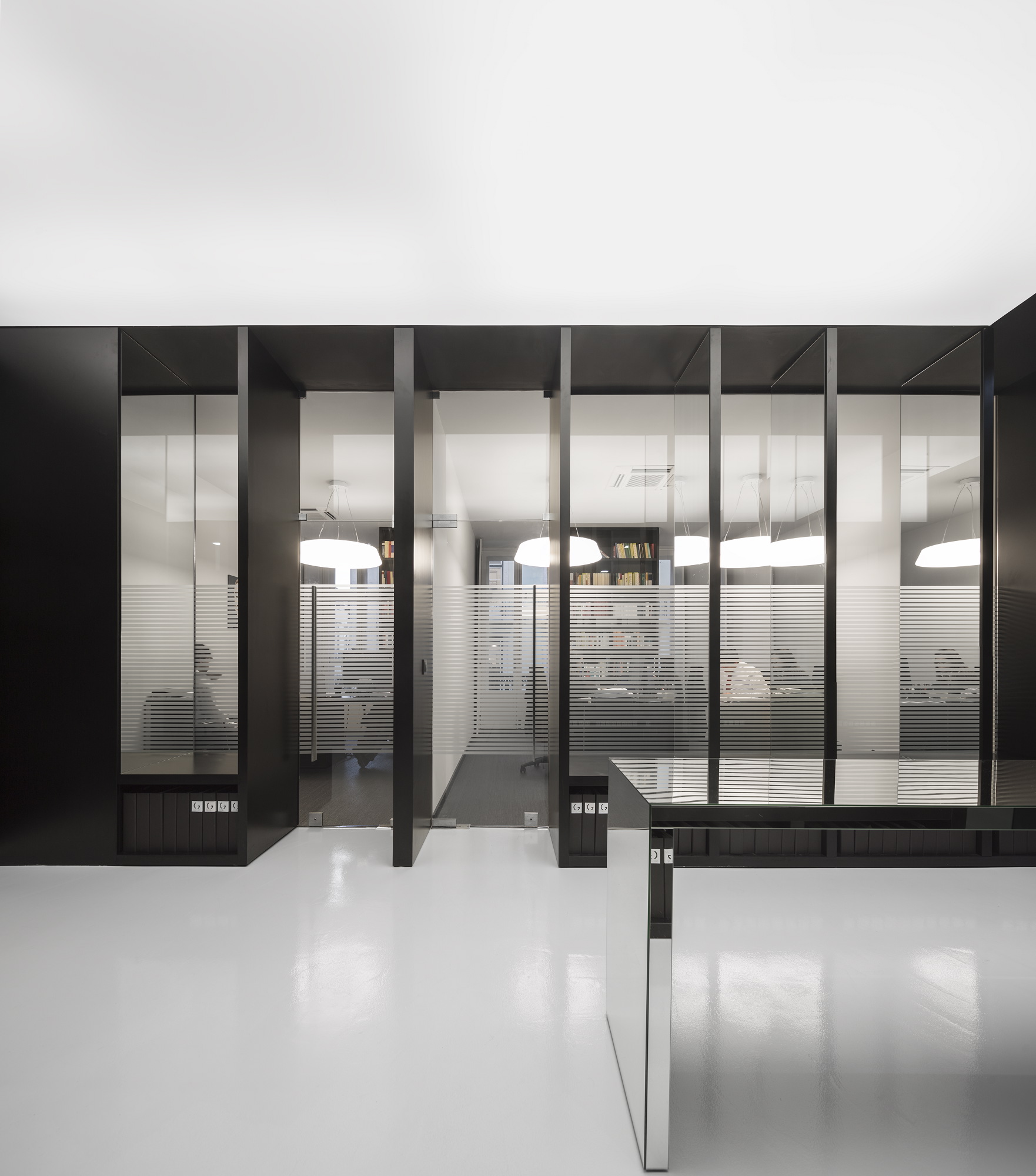 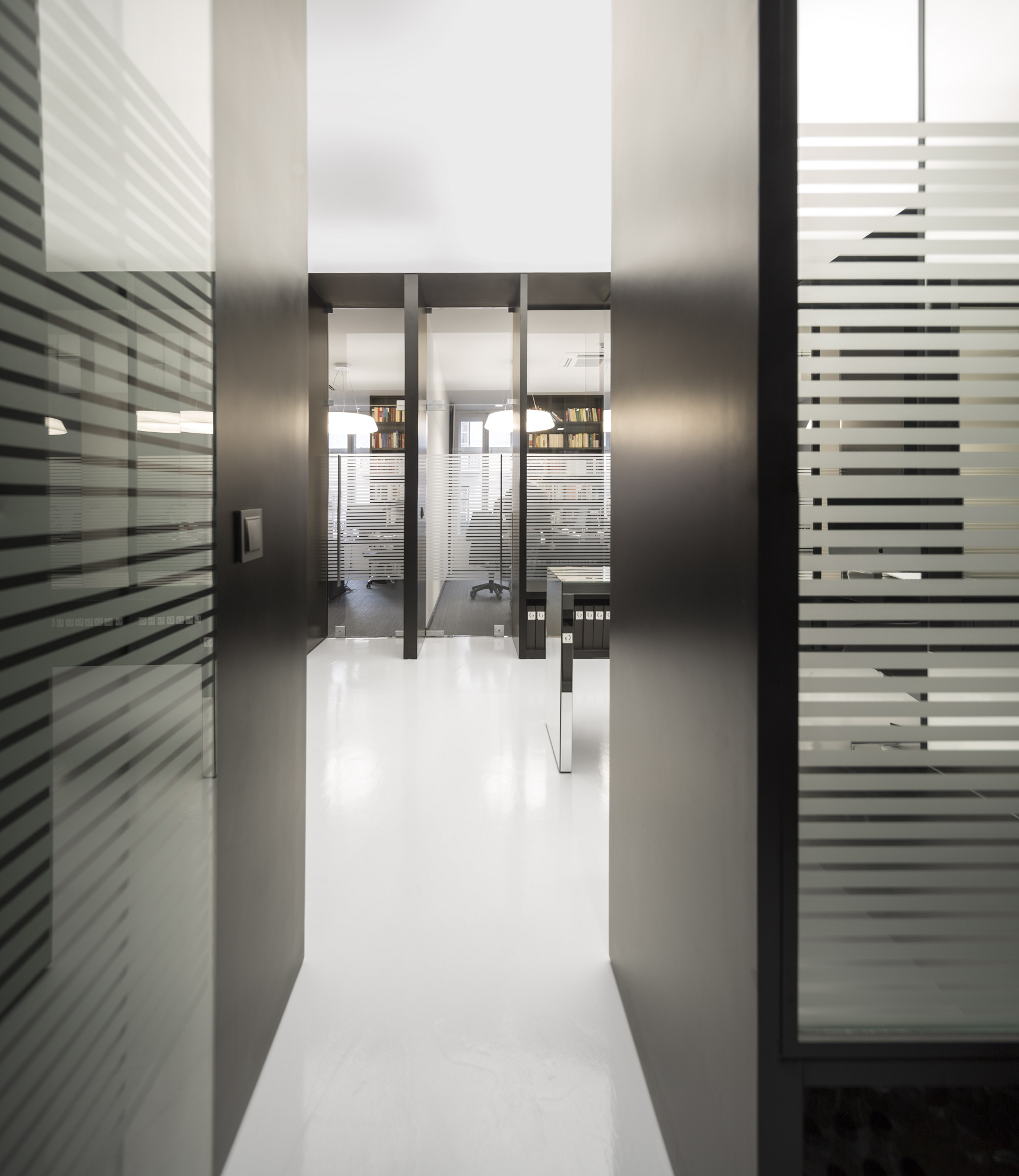 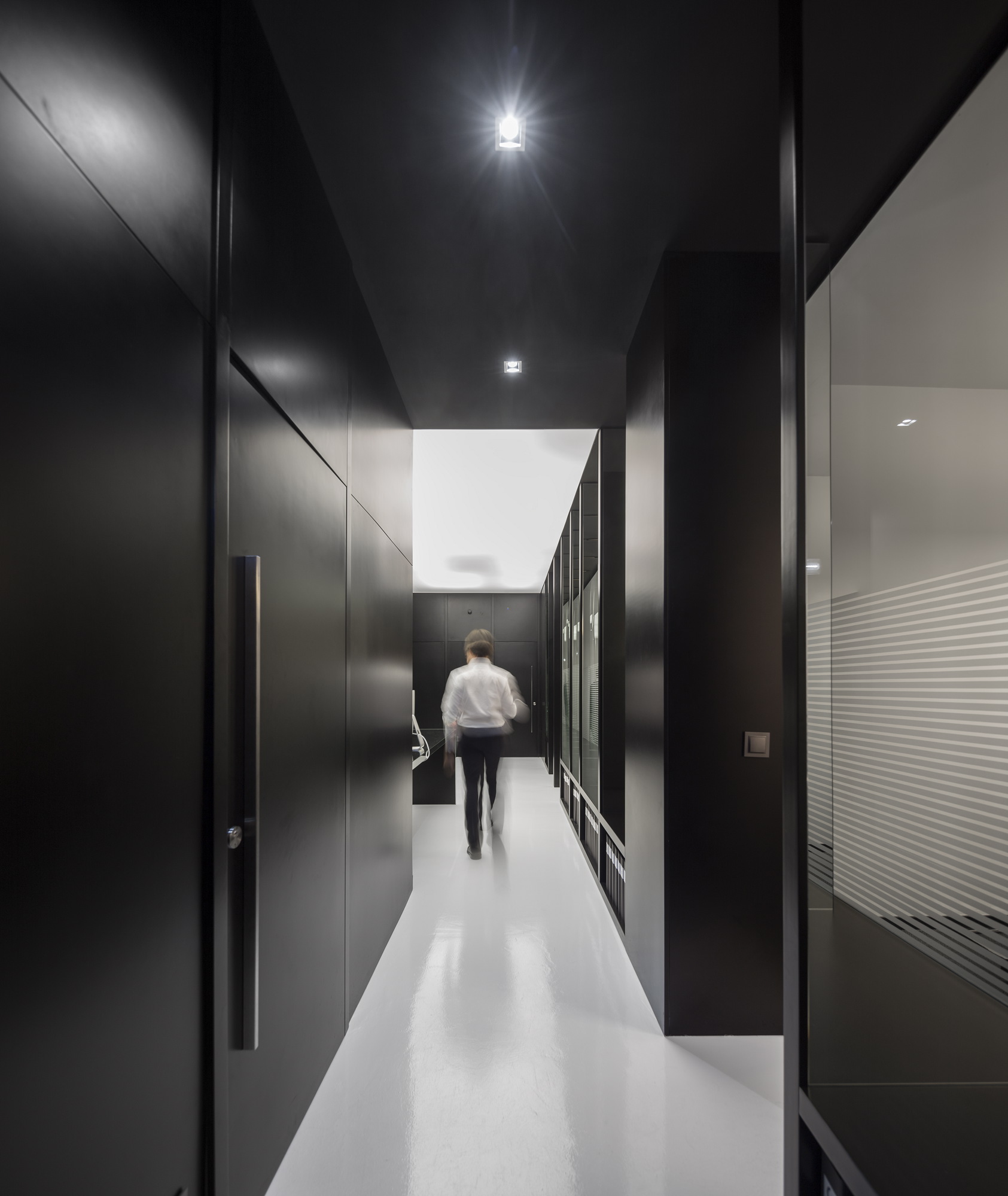 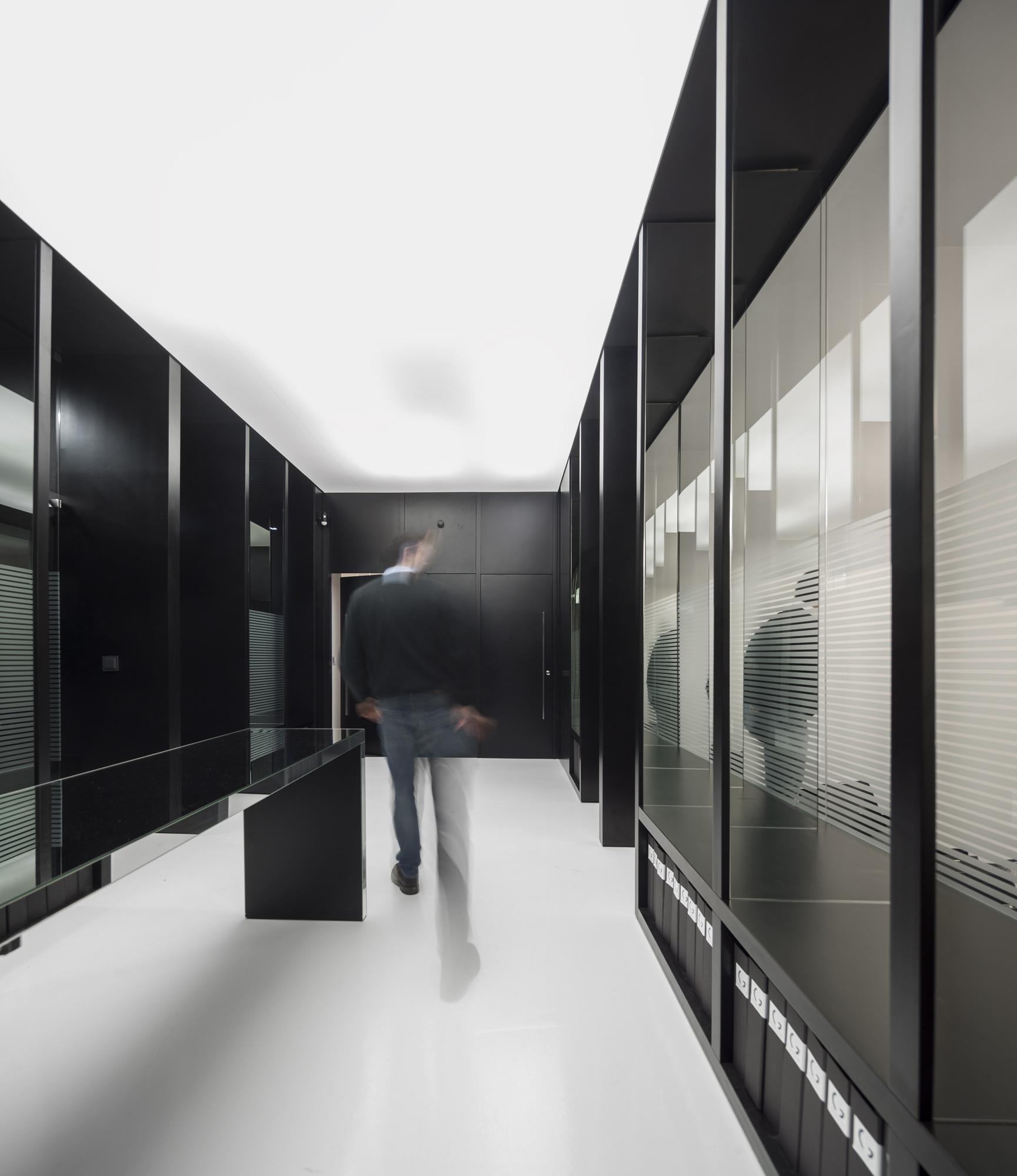 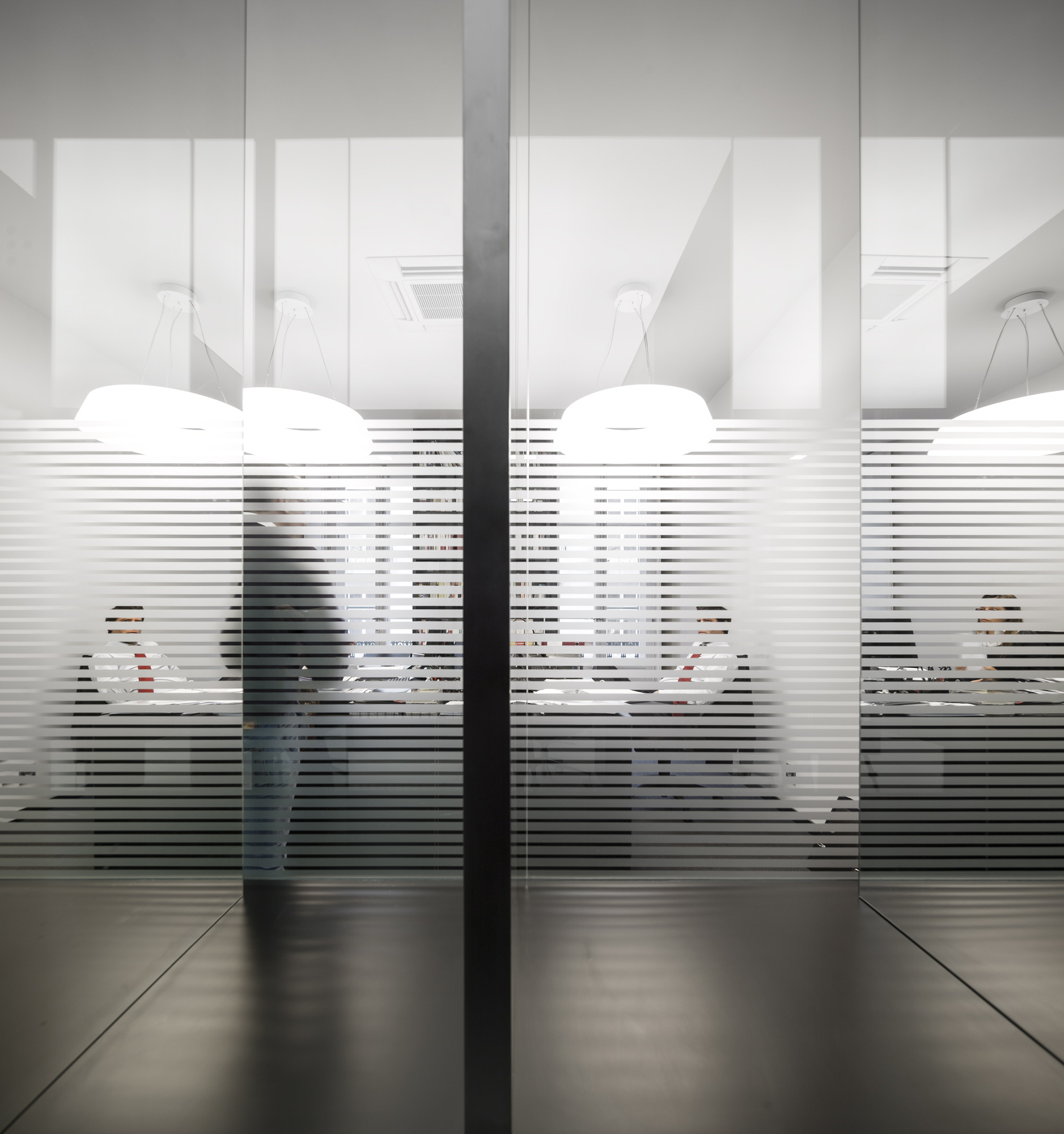 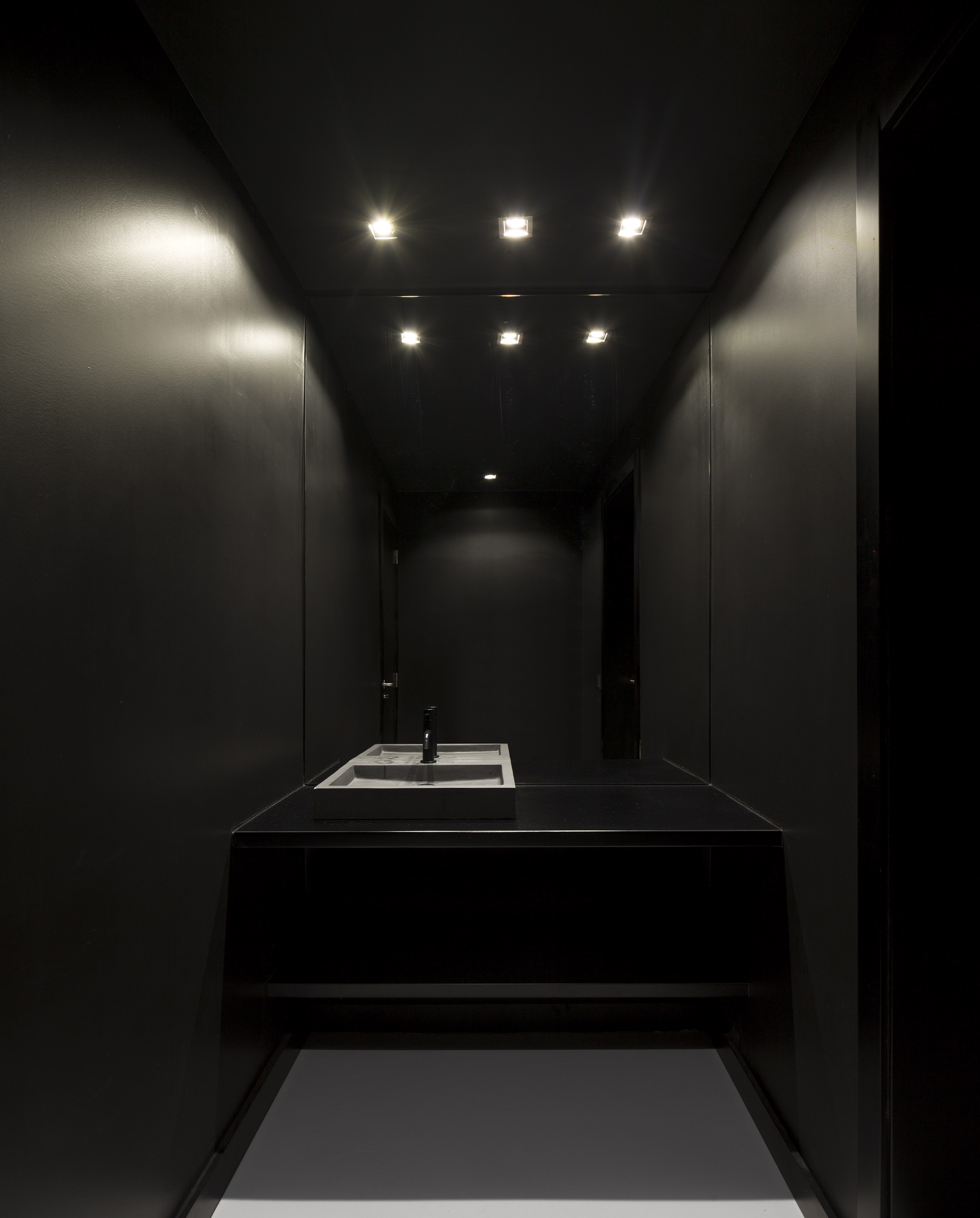 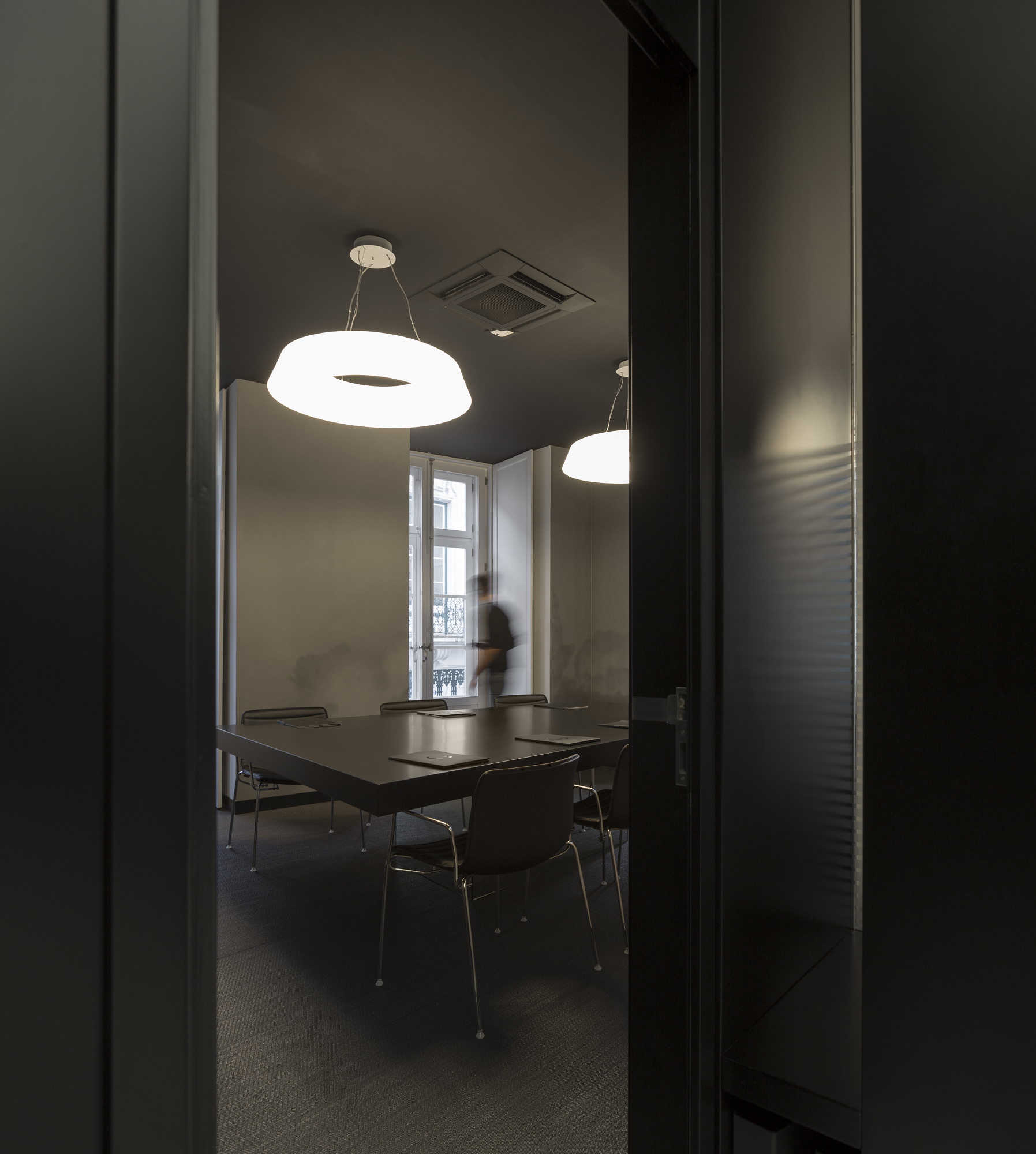 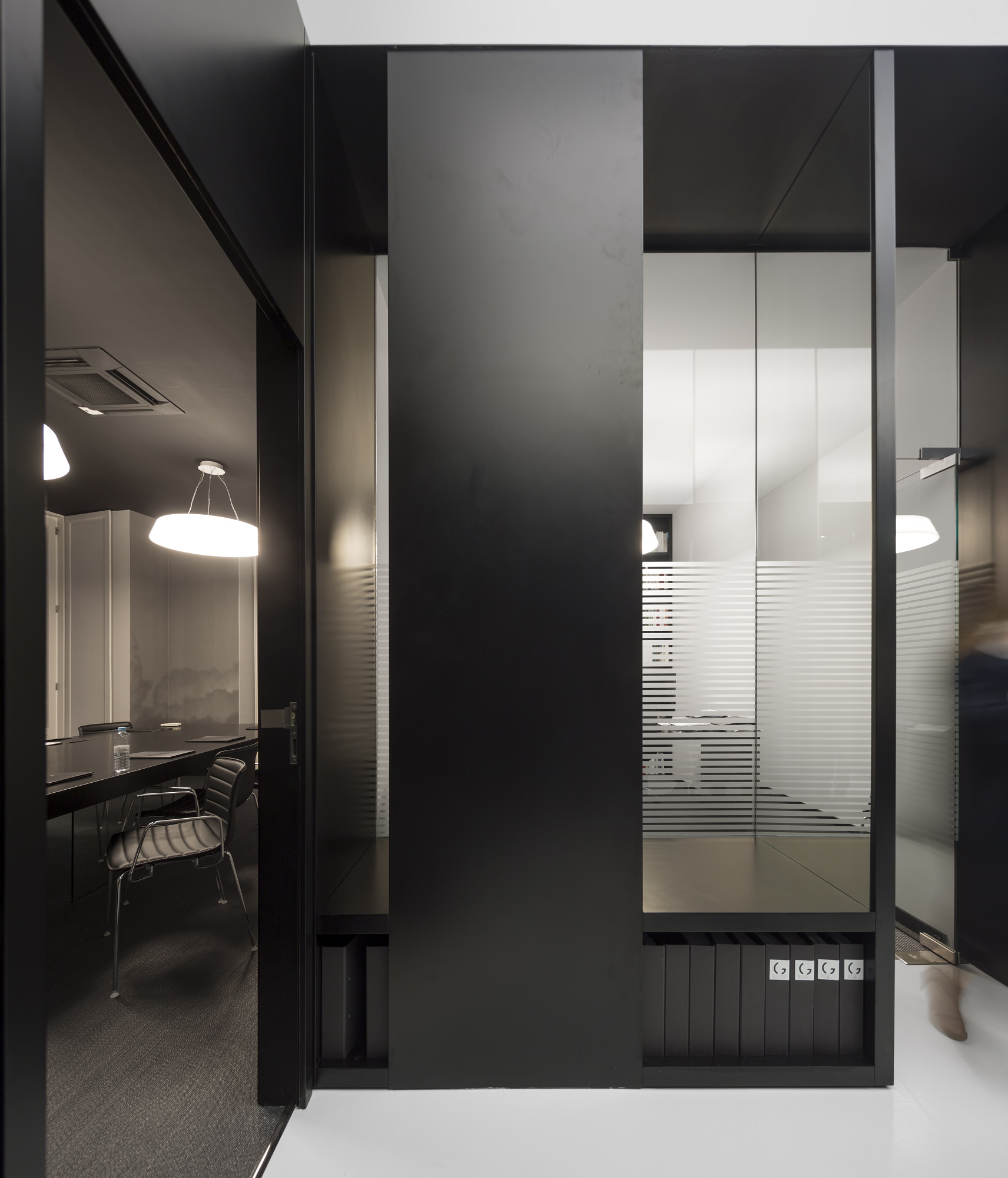 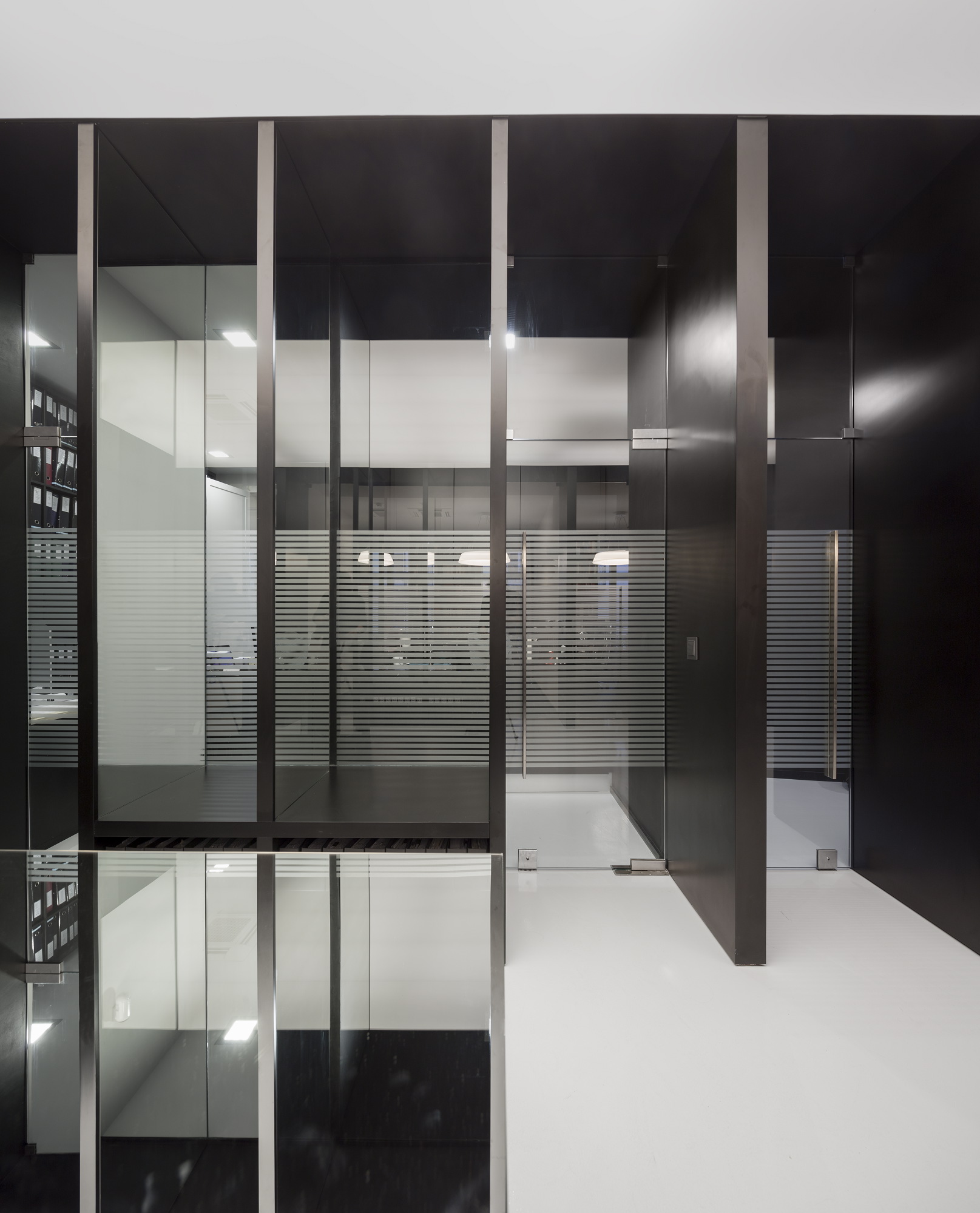 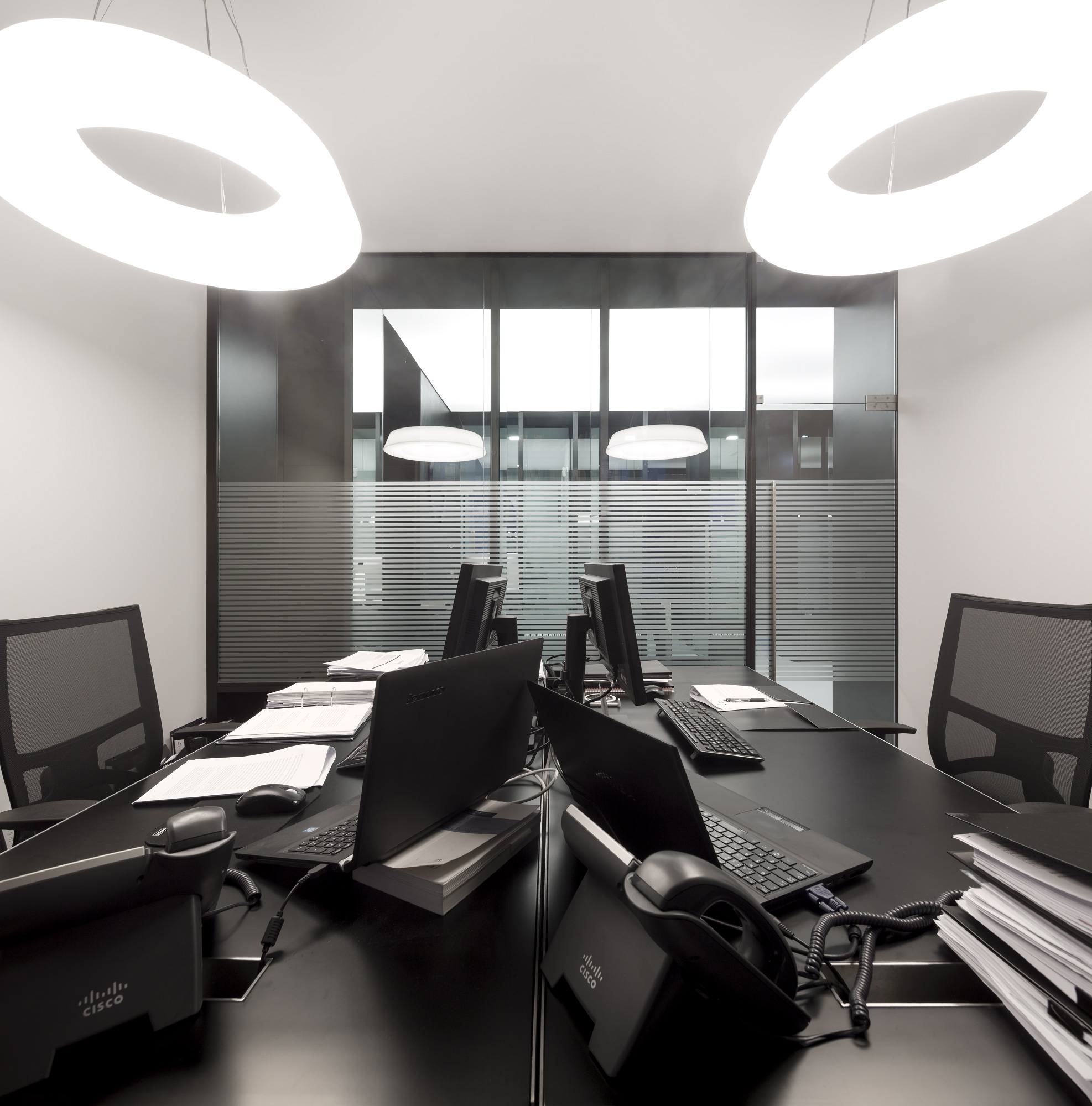 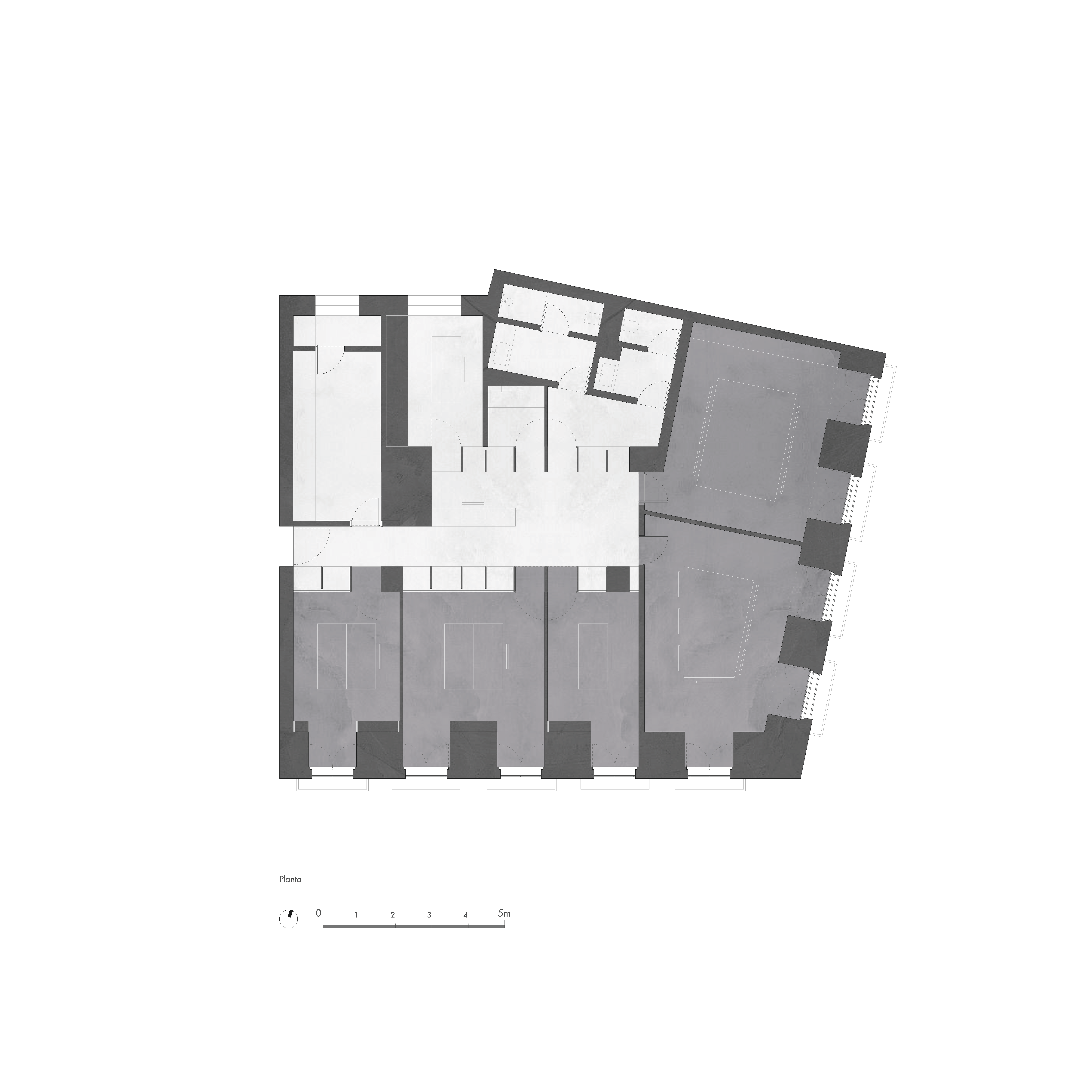